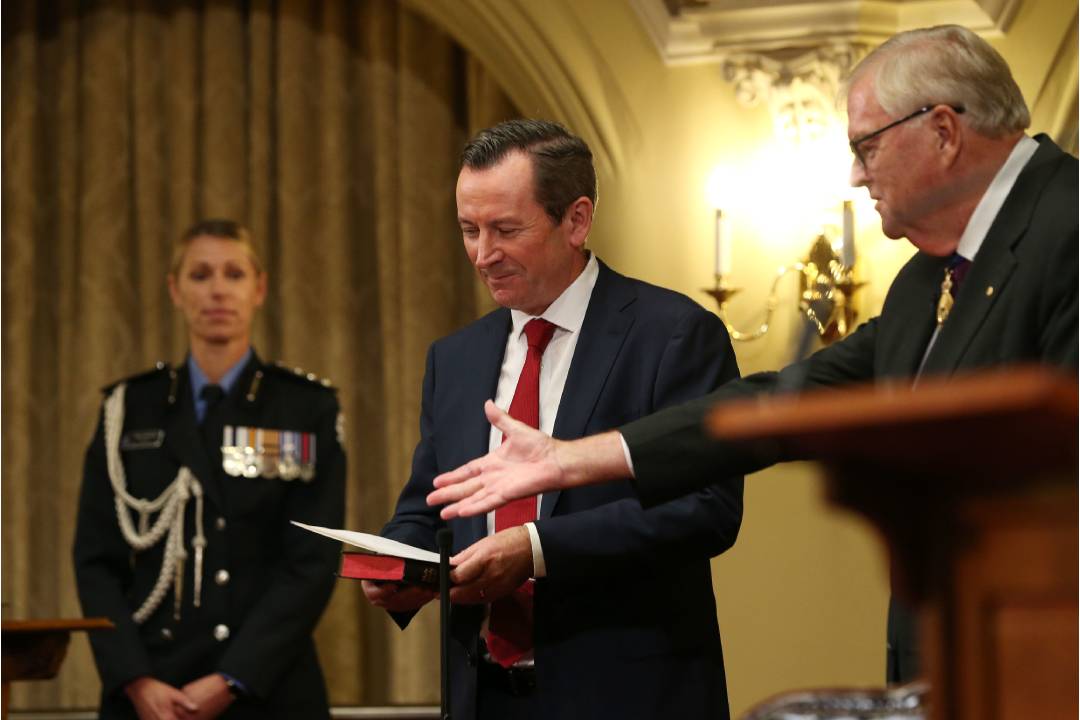 Readers of my articles in Switzer Daily may have noticed that the state whose politics has most grabbed my attention has been Western Australia. I demonstrated that first with 'Travelling West' posted on Friday 31 January 2020 followed by 'How the West was Won' on Monday 6 April 2020. Then on Friday 12 February 2021, I made some reasonably good predictions for their March 2021 elections in 'West side story'. On Tuesday 2 March I had posted on Switzer Daily 'How to fix up the WA voting system', a subject to which I return today. After the election was done and dusted, I published 'My thoughts on the WA election results' on Friday 9 April.

There have been three Australian upper house electoral systems in need of fixing, those of the Senate and the Legislative Councils of Victoria and Western Australia. Now that WA has been fixed only the Senate and Victoria will need my attention.

I proceed to describe the WA Legislative Council system as it operated at the recent general election on Saturday 13 March. There were 36 members elected by a proportional representation (PR) system. The basis of their election began with six each returned from three metropolitan regions with 449,182 voters in south metro, 427,779 in north metro and 423,759 in east metro. Then half the members were elected from the country, with 242,983 electors in South West, 103,378 in Agricultural, and 69,651 for the Mining and Pastoral Region.

The ballot paper was like the old Senate ballot paper, thoroughly rigged in favour of the above-the-line vote and against the below-the-line vote. The elector could place a single mark of approval above the line for a group voting ticket or number 43, 47, 49, 53, 54 or 64 squares below the line in correct sequence. The number of squares required to be marked sequentially depended on the number of candidates standing. Make a mistake and your vote was informal. Not surprisingly, at the March election, there were 1,403,069 votes cast above the line and only 36,099 (2.5%) below the line.

At the March election, the system did yield overall proportionality between the two biggest parties. Thus, Labor won 60.4% of the votes and virtually the same percentage of seats, 22 out of 36. That was a gain of eight seats. The Liberals secured 18% of votes and 19% of seats - seven that is - a loss of only two seats. The Liberals were able to win one of the six seats in each region but secured a second seat in North Metropolitan where their strength is greatest.

The disproportionality of the system is shown by the smaller parties. The Greens won 91,849 votes and only a single seat, the same haul of one seat as the Daylight Saving Party with only 3,485 votes. Meanwhile, the Nationals won three seats with 40,285 votes while the Legalise Cannabis Party won two seats with 28,473 votes. The biggest joke in the election was that Wilson Tucker of the Daylight Saving Party was elected for the Mining and Pastoral Region with only 98 votes, the lowest-ever first preference vote for a winner.

Following the election, the McGowan Government set up an independent Ministerial Expert Committee on Electoral Reform which was asked “how to achieve electoral equality for all citizens entitled to vote for the Legislative Council”. It received 184 submissions but surprised many people by not recommending any submission by a generally recognised Australian electoral reformer, of which there are about a dozen men and two women.

Furthermore, none of the parliamentary parties got what they asked for. Thus, WA will have a system operating in March 2025 which will not be what was wanted by Labor or the Greens or the Liberals or Nationals - nor that was wanted by yours truly or Antony Green or Kevin Bonham. The only recognised electoral reformer who got what he wanted was a certain Malcolm Baalman, a Canberra health policy adviser who works from home on a family farm at Narraburra, a wheat-growing locality near Temora, NSW.

Baalman favoured the proposal that the entire Council be elected from the state voting as one electorate. In his successful submission, he wrote: “This is literally the only option to create equality, because any approach which does not declare that it takes the same number of votes to elect a member is, by definition, not conferring equality in terms of vote weight”.

The number of members of the WA Legislative Council will be 37. Therefore, the quota for election will be only 2.63%. Because of optional preferential voting and exhausted preferences, the last vacancies are likely to be filled by candidates with less than a quota of votes, say about 40,000 votes. So, the Greens are likely to win three seats (compared with their single seat at present) and the Nationals two (compared with their present three). I confidently predict that Wilson Tucker of the Daylight Saving Party will be re-elected and that the Animal Justice Party will get a member elected – as will Pauline Hanson’s One Nation Party.

The new system will be very proportional to which Malcolm Baalman will make it the most democratic system in Australia. It will be loved by minor parties who will be able to get a member (or members) elected without being accused of “gaming the system”. In my opinion, however, it is not the best PR system in Australia. To my mind, that honour is reserved for the Tasmanian Hare-Clark system with the ACT variant of Hare-Clark the second-best.

Different people have different democratic values. My democratic values place voter empowerment as the most important criterion, not strict proportionality. For that reason, I say Western Australia has implemented a genuine democratic reform. The new system is much better than the old. However, when I die I expect to say that this is the fourth-best PR system in Australia.

Revising my earlier predictions on the upcoming Federal election
NO ENTRY! The PM still bars overseas students and workers. Blame Omicron
Are our world leaders missing the real issue?
Telling the Truth about Senate voting
Will Prime Minister Anthony Albanese end the bull market in shares?