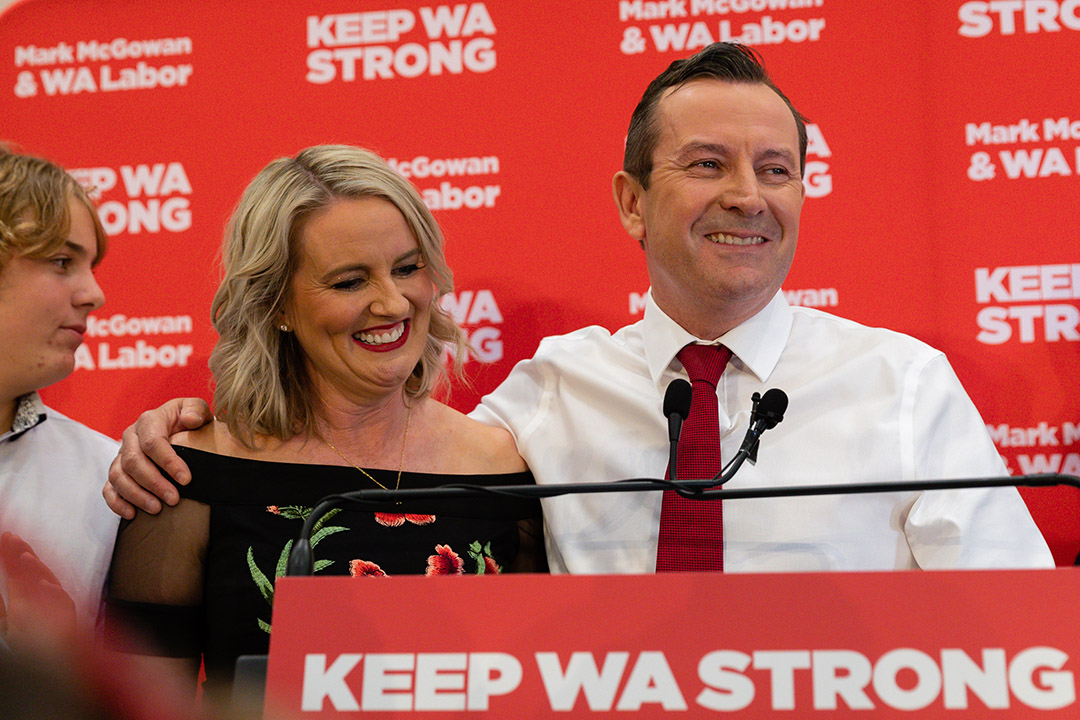 My thoughts on the WA election results

Now that every vote has been counted and every seat determined the time has come for me to give my thoughts on the results of the Western Australian general elections held on Saturday 13 March. The first point is to note the strength of the Labor vote which is without precedent. Labor scored 59.9 per cent of the first preference vote for the Legislative Assembly. The two other currently successful Labor premiers scored only 42.9 per cent in Victoria in November 2018 (Daniel Andrews) while Annastacia Palaszczuk could only get 39.6 per cent in Queensland in October 2020. In the two-party preferred vote Mark McGowan secured 69.7 per cent. Andrews could only manage 57.6 per cent, Palaszczuk only 52.6 per cent.

In systems of single member electoral districts, it is not unknown for a premier virtually to obliterate the Opposition. Joh Bjelke-Petersen effectively did that in Queensland in December 1974 and Campbell Newman in Queensland in March 2012. Queensland Labor fell from 33 seats to 11 in 1974 and from 51 to 7 in 2012. Unlike Newman, however, McGowan won a second landslide this year, winning 53 of the 59 lower house seats, leaving the Nationals with only four (Central Wheatbelt, Moore, North West Central and Roe) and the Liberals with only two (Cottesloe and Vasse). Thus, the new Leader of the Opposition is Ms Mia Davies in Central Wheatbelt and the deputy is Shane Love in Moore. The new Leader of the Liberal Party is Dr David Honey in Cottesloe and his deputy is Libby Mettam in Vasse.

Did any Liberals perform well in the Assembly election? I give a surprising affirmative answer to that question. One (Honey) won his seat quite well, suffering a swing to Labor in Cottesloe of only 5.8 per cent, the lowest in the election, compared with the state-wide swing of 14 per cent. The other (Alyssa Hayden) lost her marginal seat of Darling Range on a swing of only 7.7 per cent but her performance was, in my view, quite respectable in the circumstances. Both statistics compare the 2021 general election two-party preferred percentage with that of 2017, ignoring the by-election vote. The biggest swing to Labor in the election was in Southern River where it was 27 per cent. By the way, the 14 per cent overall swing to Labor in March 2021 came on top of the 13 per cent swing that put Labor into office in March 2017.

There is an interesting characteristic common to Honey and Hayden. Both were by-election winners in the last term. Honey succeeded Colin Barnett in March 2018. Hayden took Darling Range from Labor at her by-election win in June 2018. They illustrate a detail of psephology the Americans call “sophomore surge”. That indicates the likelihood a member of the US House of Representatives will perform well at his/her first election running as an incumbent. Honey and Hayden did not see their votes surge. However, in an election at which every seat recorded a swing to Labor their votes surged relatively compared with every other Assembly Liberal candidate.

Before this election the conventional wisdom was that there were seven “blue ribbon” Liberal seats. The other five (Carine, Churchlands and Nedlands north of the Swan River and Bateman and South Perth south of the Swan) were won by Labor on big swings. Had the average of 6.6 per cent swing against Honey/Hayden applied to those seats there would still be seven Liberal seats – but no such luck. For the Liberals the worst result in the whole election was in South Perth where the swing to Labor was 17.3 per cent. The Liberals now need a 10 per cent swing to re-gain this “blue ribbon” Liberal seat.

The Nationals had a reasonable election, losing only one Assembly seat they had won in 2017, Warren-Blackwood in the South West. They also retained North West Central which covers the only part of the state traditionally Labor that Labor did not win in 2021. Their “reward” for that performance was to have the National Party’s leader become Leader of the Opposition.

The WA Legislative Council is elected by a proportional representation system that did, on this occasion, yield proportionality between the two biggest parties. Thus, Labor won 61 per cent of the votes and the same percentage of seats, 22 out of 36. That was a gain of eight seats. The Liberals secured 18 per cent of votes and 19 per cent of seats, seven that is, a loss of only two seats.

The disproportionality of the system is shown by the smaller parties. The Greens won 91,849 votes and only a single seat, the same haul in seats as the Daylight Saving Party with only 3,485 votes. Meanwhile, the Nationals won three seats with 40,285 votes while the Legalise Cannabis Party won two seats with 28,473 votes. The system needs reform, hopefully along the lines I have advocated in recent articles for Switzer Daily.

There will be a state election in Tasmania on 1 May and a by-election for Upper Hunter (NSW) on 22 May. I shall contribute articles for Switzer Daily on each of these. Those articles will include predictions. Unlike other pundits (whose fear of being proved wrong leads to much bet-hedging) I do make predictions. If, on rare occasions, I turn out to be wrong then so be it.