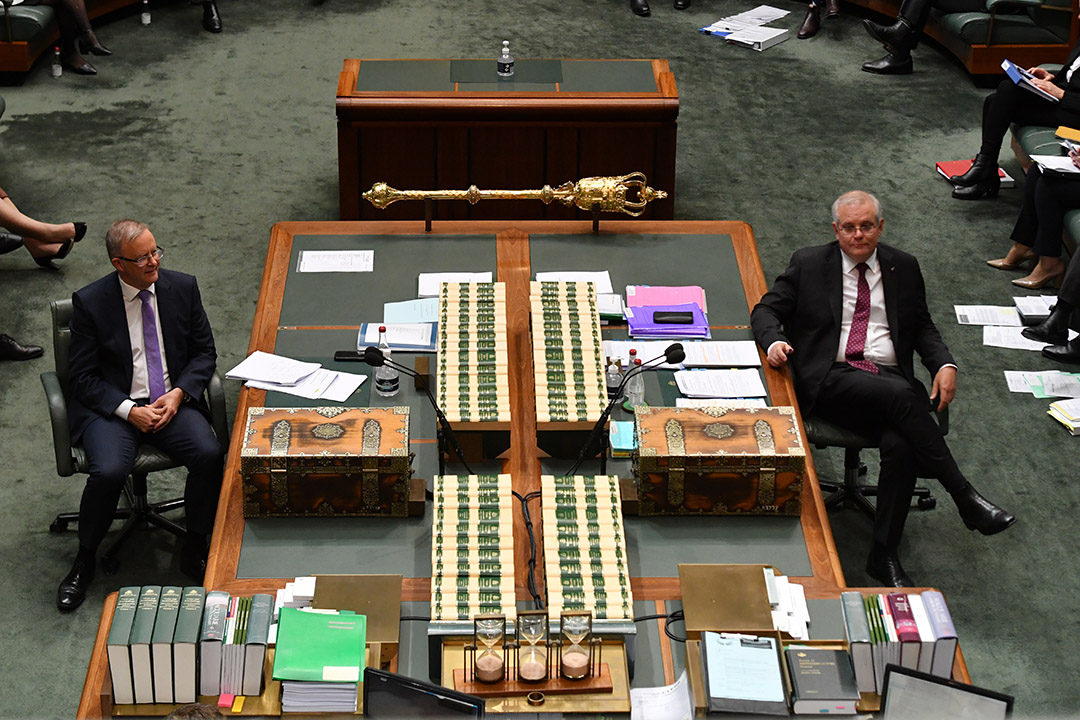 Will Labor win the Federal election on 5 March 2022?

There have been three recent developments in federal politics about which readers may be interested in my opinion. They are:

There is great dispute as to whether the Joyce selection strengthens Labor’s chances of winning the forthcoming federal election, reduces those chances or leaves them the same as if the Nationals had stayed with Michael McCormack as leader. My view is that the change has strengthened Labor’s chances. I choose to state those chances in percentage terms. Before Joyce, Labor had a 30% chance. Today I say Labor has a 40% chance.

On the election date, I had published in Switzer Daily an article on 14 May titled “The Liberals won the Tasmanian election as predicted, but what will happen in the next Federal election?”. After a discussion of the Tasmanian results, I wrote: “While I admit that there are fourteen plausible federal election dates, I insist that 27 November 2021 is the single most likely day we’ll go to the polls. The second most likely is 5 March 2022.” I am now confident in predicting that the election will be in 2022, not 2021. That means the most likely date is 5 March next year.

So, what is the second most likely date now? The answer I give is 26 February. Let me discuss, therefore, the merits of the two dates as likely seen from the viewpoint of Scott Morrison. It all depends on the status of Australia Day. There has never been a February federal election but there have been several recently in March, on 5 March 1983, 24 March 1990, 13 March 1993 and 2 March 1996. The argument against February has always been that the election must be called after Australia Day. It is required by law that a February election must be called before Australia Day.

I present two arguments. The first is that I do not think Australia Day still has the sanctity of years gone by. The second is that the South Australian state election is fixed for 19 March 2022. To separate the events by three weeks I would advise Morrison to choose 26 February as the date of the federal election.

As noted above, Ross Cadell of the Nationals is now a New South Wales senator-in-waiting. The reason is that, under the Coalition agreement, the Liberals enjoy the first, third, fourth and fifth place on the NSW joint ticket, while the Nationals have the second and sixth place. At a meeting on the morning of Friday 18 June, the 90 Nationals preselectors chose Ross Cadell for the absolutely safe second spot and Alison Penfold for the unwinnable sixth spot.

In an article dated 12 March I asked the question “Should John Anderson fill NSW Senate seat?”. My article gave a negative answer to my own question. The reason for my answer was that I noticed the Murdoch media clearly intended to run a campaign for the view that Anderson, former Nationals leader and Deputy Prime Minister, should be chosen. In my article I gave reasons to think otherwise. I also explained why the seat in question is currently held by Jim Molan (Liberal) who will retire on 30 June 2022 and hand his seat back to the Nationals.

As things turned out, the preselectors snubbed both me and the Murdoch media. They chose Ross Cadell, a former state director of the NSW Nationals. Penfold was given the unwinnable sixth place on the joint Coalition ticket. What is interesting is the very different reactions of the two men who were snubbed.

Writing for the Murdoch media viewpoint, Greg Sheridan had a page 4 article in The Australian newspaper on Monday 21 June titled “Nationals diminish party on Anderson”. Let me quote its opening paragraph: “The National Party has never shown itself in a more contemptible light than in its ridiculous and appalling decision to refuse the services of former deputy prime minister John Anderson as its lead Senate candidate in NSW. The National Party is a dysfunctional mess, losing its support and losing its identity.” Note the mistake there. Anderson would not have been the “lead” Coalition candidate – that place is given to the Liberal Party.

Then, after a hundred words of thundering, came this: “The Nationals are a particular mess in NSW. They won the recent Hunter (sic) state by-election and thought it a great victory.” There followed statistical mongering of the worst kind designed to show that the comprehensively good Nationals win in Upper Hunter was really a poor result for them.

After stating that “Anderson is not diminished by this ridiculous preselection result” Sheridan made several valid points in his favour. However, none of those points addressed the question of whether it would be a good idea for a party to have a former leader on its backbench, not genuinely chosen by the people, but whose mere presence would almost certainly de-stabilise the party. Senators have prestige – but they are not directly chosen by the people in any genuine sense. They are appointed by party machines, then rubber stamped by voters in a rigged system.

After stating the virtues of Anderson, Sheridan wrote: “So, of course, the factionally obsessed NSW Nats, on the road to political liquidation and intellectual bankruptcy, have no interest in a figure like that. Instead, aping the worst features of the factionally obsessed Labor Party, it has chosen two former party employees as its number one and number two Senate candidates for NSW at the next federal election.”

My argument is that such writing is misleading. Cadell is the number two Coalition candidate, guaranteed election. Penfold occupies the unwinnable sixth position because Anderson did not seek that position. It is true that both are former state directors, therefore former party employees.

So, what was my reaction to my advice being rejected? I had a conversation on that same Monday morning with the current State Director of the NSW Nationals, Joe Lundy, who persuaded me that the Nationals have chosen the best candidates for the two positions in question.

But I’ll let Sheridan have the second last word: “The community should understand – the Nats are not interested in the great world, they’re entirely obsessed with themselves and the miniscule results of internal conquest.” Has it not always been thus? Does their behaviour in their own tradition mean that “the NSW Nats are becoming a very unsuccessful organisation”? Of course not.