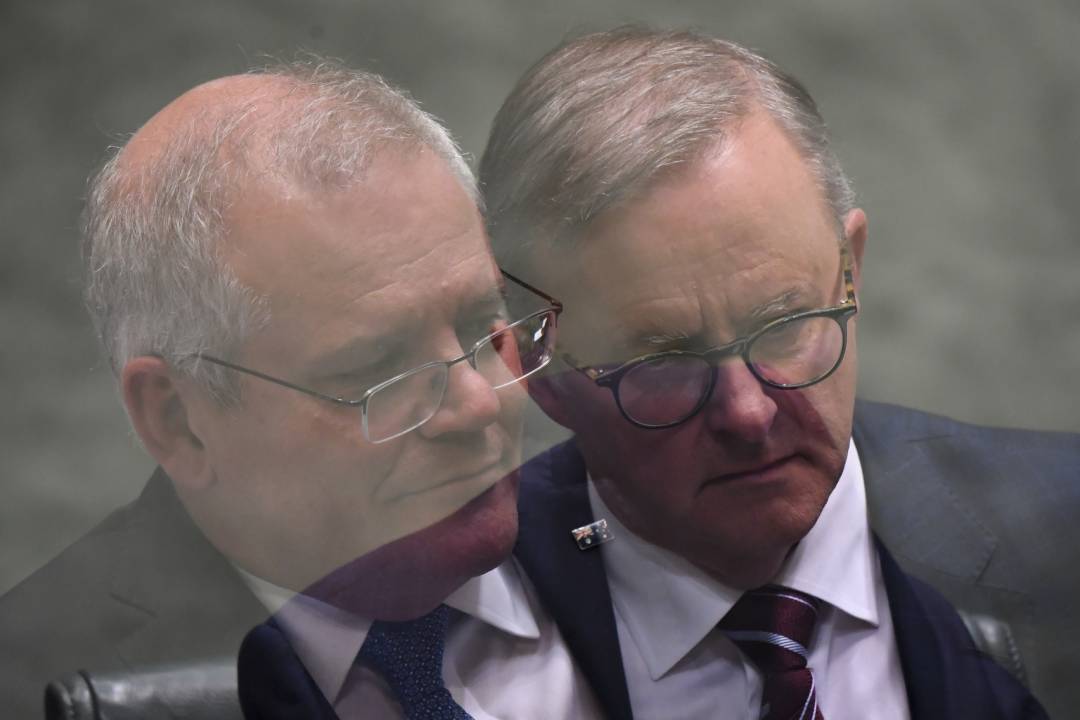 Revising my earlier predictions on the upcoming Federal election

Today I revise an article I wrote for the Switzer Daily on 28 June, 'Will Labor win the Federal election on 5 March 2022?'. The question now is: should I revise the two predictions made in that article? They were that the election would be held on 5 March with Labor a 40% chance of winning.

So, in effect I was predicting that Scott Morrison would have a second term using the reasoning I had first set forth in my article 'Trump won’t have a second term but ScoMo will' published on Tuesday 23 March 2020. My argument was that the patterns of Australian electoral history suggested such an outcome.

I now feel I must revise both predictions which revision begins with the date. The federal Parliament will meet for a fortnight beginning on Tuesday 8 February during which time it will pass the Religious Discrimination Bill. Then the Budget will be presented on Tuesday 29 March and the election will follow on Saturday 14 May. My main argument is that Morrison cannot abandon his Religious Discrimination Bill. He would look such a hypocrite if he did that. Therefore, an election in March is out of the question. It would look too hypocritical for Morrison to bear – and he would surely lose. Should readers be in the betting game the odds now are $28 for 5 March, $2-60 for 7 May, $3-75 for 14 May and $4-50 for 21 May.

My probability statement on winning has been 60-40 in Morrison’s favour, but I now reverse that. Albanese has a 60% chance to emerge from the May election as Prime Minister.

I know what people will say. They will say that today Newspoll has Labor at “only” a stable 53%-47%, but at the same point in 2018 it was 55-45%. My reply is that last time Labor made itself a big target, which in 2022 it will refuse to do. Beyond that, we are all guessing, but I might as well make my guesses now. In doing so I rely heavily on my latest Mackerras Pendulum which I posted on my website three months ago. Any reader who wants a copy need only email me and I would send you one.

At the May 2019 election, the result was a 51.5% to 48.5% division of the two-party preferred vote and 81 seats turned in a Coalition majority in that vote, while 70 turned in a Labor majority. However, three seats turned in Liberal majorities while electing independents who could not be classified as likely to support Morrison to continue as Prime Minister. The seats were Indi (Victoria), Mayo (SA) and Warringah (NSW). So, the result really was 78 for Morrison and 73 not for Morrison, at least not necessarily for him. Morrison’s majority really was 5 seats.

But the result in seats was 61 Liberals and 16 Nationals, total: 77. Against that was 68 Labor, one Green (Melbourne), one Labor-supporting Independent (Hobart-based Clark in Tasmania, a natural Labor seat) and four independents, all in seats with Coalition majorities of two-party votes, of which only Bob Katter in Kennedy (Queensland) could be relied upon to support the Coalition. That adds to 74. Bearing in mind that redistributions transfer a WA Liberal seat (Stirling) to a Victorian Labor seat (Hawke) the numbers become 76 Coalition to a combined 75 for all the rest. Labor rises from 68 seats on my old pendulum to 69 on my new, Hawke being the extra seat.

So, here is my speculation. The two-party preferred vote divides 50.3% to Labor and 49.7% to Liberal-National, the overall swing to Labor being only 1.8%. On a uniform swing that would give Labor three gains, Bass (Tasmania), Chisholm (Victoria) and Boothby in South Australia. On my current pendulum Boothby is the median seat. It needs a swing of 1.4% to fall to Labor. (In 2019 the final votes were 56,812 for Nicolle Flint, Liberal, and 53,765 for Nadia Clancy, Labor).

I proceed by predicting Labor to win 72 seats, the Greens two and Andrew Wilkie being re-elected. No Liberal candidate defeats a sitting Labor member, but Labor loses Hunter to the Nationals and Katter is re-elected. Meanwhile, there are four seats electing “Voices of. . .” independents, the seats being Mayo and three others, which three come from Flinders, Goldstein, Hume, Indi, North Sydney, Warringah and Wentworth where such independents are in with a real chance.

In my article posted on 19 October, I gave certain advice to the former “great” Premier of New South Wales. Specifically, I wrote: “If she asked for my advice, I would advise her to seek her party’s preselection for Warringah.” Subsequently, Scott Morrison, Josh Frydenberg and Tony Abbott have concurred with my advice – and they matter! Gladys will be the Liberal candidate with a 50% chance of winning the seat.

Readers should know the final two-candidate 2019 votes in four seats of Liberal versus independent competition. In Mayo, it was 62,124 for incumbent Rebekha Sharkie and 50,552 for Liberal Georgina Downer. I confidently predict Sharkie will be re-elected. In Warringah, it was 52,728 for winner Zali Steggall and 39,395 for loser Tony Abbott. I give Steggall a 50% chance to hold on against Berejiklian. In Indi, it was 51,886 for Helen Haines and 49,070 for Liberal candidate Steve Martin. In Wentworth, it was 46,050 for Liberal Dave Sharma and 43,704 for defeated incumbent Kerryn Phelps. I give both Haines and Sharma a 50% chance to hold on.

The second member for the Greens in the House of Representatives would come from one of Canberra (ACT), Cooper (Victoria), Higgins (Victoria), Macnamara (Victoria) and Wills (Victoria) in each of which the Greens are in with a real chance, albeit odds against in all cases.

Therefore, on my speculated result, the Liberal Party wins 54 seats and the Nationals 17, total: 71 compared with 77 in 2019 and Labor’s 72 in 2022. Albanese becomes Prime Minister because the members for the four seats won by “Voices of. . .” independents allow him to do so, notwithstanding that the two-party preferred votes in their seats total 210,000 Liberal compared with 170,000 for Labor.

The above is quite a likely scenario. If the Liberal Party performs better than I surmise, Morrison would remain Prime Minister by doing the deals needed to keep the independents on side. In my opinion, however, it is more likely that Labor will do better than the numbers described above.

This is my final Switzer Daily article for 2021. I wish readers a happy Christmas and a bright and prosperous New Year.

BoJo will hang tough and lead Conservatives into 2023
Could Josh Frydenberg save the PM’s bacon?
Elections will cast their shadow over the 2022 bull market
NO ENTRY! The PM still bars overseas students and workers. Blame Omicron
WA implements a genuine democratic reform