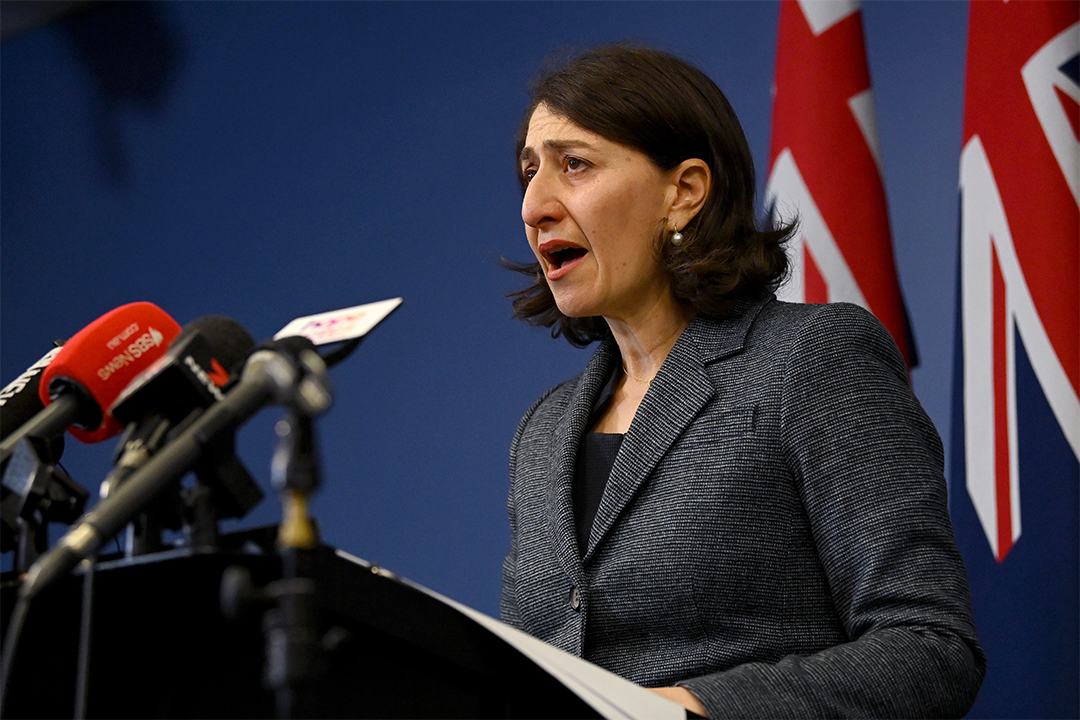 Will Gladys Berejiklian contest the Federal seat of Warringah?

In my Switzer Daily article published on 20 September, 'Will Steven Marshall win the South Australian state Election?' I explained why I think Labor has a 20% chance of winning South Australia’s autumn 2022 election while I give Labor a 40% chance at the autumn 2022 federal election. You can view a copy of my pendulum for the forthcoming SA election here. Since that article’s publication, there have been some SA political developments. They don’t change any of my predictions, but I’ll discuss them in my next SA article.

My first purpose today is to tell readers that I have now revised my federal pendulum and placed it on my website. In part, it explains my view of the redistributions of federal seats in Victoria and Western Australia.

It is true that these redistributions favour Labor in the sense that they abolish Stirling (Liberal, WA) but create Hawke (Labor, Victoria). On the old boundaries, Labor needed a swing of 5.7% to take Stirling. On the new boundaries, the Liberals need a swing of 10.3% to take Hawke.

However, the above facts do not deny that the federal boundaries still have a small bias in favour of the LNP. For starters, the Liberal/National Coalition secured 51.53% of the two-party preferred vote in May 2019 and the median LNP seat has a figure of 52.54% - but the other fact about the pendulum is more telling.

When one looks at the bottom part of my new pendulum one notices that Labor gains only three seats from LNP on swings under 3%. In order of Liberal Party vulnerability, they are Bass (Tasmania), Chisholm (Victoria) and Boothby (SA). By contrast, Labor has 13 seats needing swings to lose of under 3%. In order of Labor vulnerability, they are Macquarie (NSW), Lilley (Qld), Eden-Monaro (NSW), Cowan (WA), Corangamite (Vic), Blair (Qld), Dobell (NSW), Moreton (Qld), Gilmore (NSW), Dunkley (Vic), Greenway (NSW), Griffith (Qld) and Hunter (NSW). So, in the event of a zero overall swing Labor would likely lose two or three seats.

The headline I have put to this article is deliberately provocative. I have no idea as to whether Gladys Berejiklian will be the Liberal candidate for Warringah. If she asked for my advice, I would advise her to seek her party’s preselection for Warringah – and take on independent incumbent Zali Steggall.

All I know is that my pendulum treats Warringah as though it were a Labor seat. On the 2019 statistics, Warringah is the 35th weakest “Labor” seat. The two-candidate preferred votes were 52,728 for Steggall and 39,395 for the defeated incumbent Tony Abbott. The percentages were 57.24 for Steggall and 42.76 for Abbott. That means the Liberal Party needs a swing of 7.3% to take back Warringah.

Thinking about Berejiklian I remind myself that, following her March 2019 state election triumph, I posted an article on Switzer Daily for Wednesday 8 May 2019 titled 'Who’s the greatest NSW Premier?'. In it, I wrote: “Historians like to rank leaders in order of greatness. I have no doubt that when the historians of the NSW Division of the Liberal Party set themselves to this task, they will decide that Nick Greiner was their greatest Premier and Berejiklian the second greatest. They will also notice that both are of non-Anglo Celtic background. Coming in at third greatest would be Sir Robert Askin.”

That was a pretty good prediction. My only problem with it is that I neglected to predict both Greiner and Berejiklian would see their leadership of the state undone by a star chamber known as the Independent Commission Against Corruption – a body set up by Greiner and defended by Berejiklian!

It just so happens that there have been two NSW general elections held on the same electoral boundaries, on 28 March 2015 and on 23 March 2019. As a guide to Labor’s chances of taking each Coalition seat, the 2015 statistics are more useful – but I’ll give the numbers for both elections just the same, giving the percentage swing Labor needs, or “buffer” for short.

In Holsworthy, the 2015 buffer is 6.8% and in 2019 a very marginal 3.3%. My assessment, therefore, is that Monaro is Labor’s best chance. Monaro has this distinction: whereas Willoughby, Bega and Holsworthy recorded swings to Labor in 2019 the swing went the other way in Monaro. Barilaro’s 2015 buffer is only 2.6% but his 2019 buffer is 11.7%, making Monaro look safe for the Nationals. However, the reality is that Barilaro had a huge personal vote resulting in a swing his way of 9.1%.