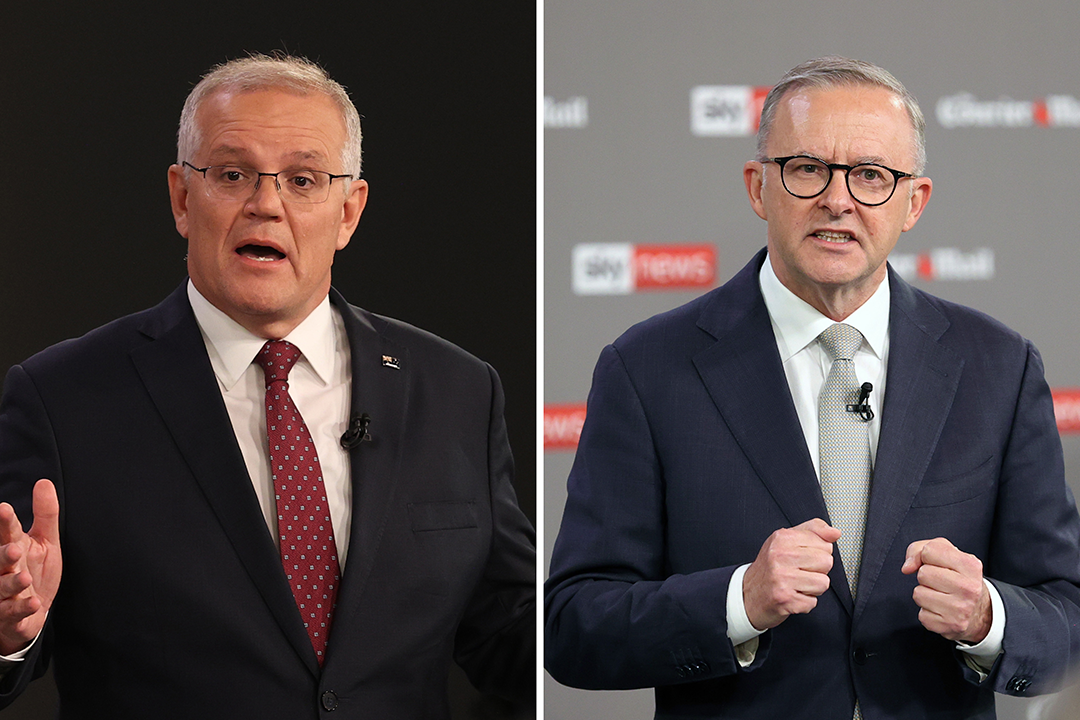 My final predictions for Saturday’s election

As promised on Monday ‘How I’ll be voting this federal election’ I make my final predictions for Saturday’s election – beginning with the House of Representatives. A significant number of lower house seats have already been predicted by me (with my reasoning) in my articles of April 28 ‘How Abbott, Morrison and Hawke bungled Warringah’ and of May 4 ‘My predictions for five once “blue ribbon Liberal” seats’. I now give 151 lower house seat predictions but plead with readers that lack of space prevents me from giving more reasoning on individual seats. The exception is Goldstein – explained below.

A look at the current Mackerras Pendulum shows that there are presently 60 Liberal seats and 16 Nationals, for a total of 76 Coalition supporters. Hughes is shown as Liberal because Craig Kelly was elected as Liberal. (Hughes will be won by the Liberal candidate Jenny Ware with Kelly getting a percentage in single digits.) On the Opposition side, there are 69 Labor seats. Add Greens and Independents and the total non-coalition number is 75.

Here I get daring – and I expect to be wrong in quite a few seats, but I begin by saying the Liberal Party will lose the most seats, eight on my calculation. I predict the Liberals will lose seven seats to Labor, and Higgins (Victoria) to the Greens. The seven predicted losses to Labor are Reid and Robertson in New South Wales, Brisbane in Queensland, Swan in Western Australia, Chisholm in Victoria, Boothby in South Australia, and Bass in Tasmania.

As a consequence of those losses, my number of Liberals has now become 52. What about the Nationals? While I keep a close eye on Nicholls (Victoria) my prediction is that the Nationals will keep their existing 16 seats. So, I have the total Coalition now at 68 seats.

If, as I predict, Labor takes those seven seats from the Liberals then Labor would have 76 seats – and that is my predicted number. In addition, there would be two Greens, so parties of the left would have 78 seats. That leaves the independents at their five existing seats, Warringah (NSW), Indi (Victoria), Kennedy (Queensland), Mayo (SA) and Clark (Tasmania).

Before I make detailed predictions for the Senate, I should mention that overall movements of seats (for both houses) reflect overall movements of votes. The Liberal Party will lose seats (enough to cost government) because it loses overall votes. Until the publication of The Age and Sydney Morning Herald poll on Wednesday, May 18 every opinion poll had shown that the Coalition’s primary vote had hardly changed since the campaign started on April 10. The Coalition’s primary vote had never been greater than Labor’s and had usually been about 7% lower than its 2019 vote. A second miracle for Scott Morrison looked quite unlikely.

So, what about this Age and SMH poll? I have studied it closely but conclude that the Labor vote has not changed during the campaign. The swing to the Liberals has, on my analysis, been entirely due to the Liberal Party’s ability to persuade intending voters for “teal” independents to switch back to Liberal. For that reason, I reverse my earlier Goldstein prediction. I now think Tim Wilson will scrape home.

In my opinion, the overall division of the two-party preferred vote will be 52-48 in Labor’s favour, a swing away from the Coalition of 3.5%.

The current state of parties in the Senate is 36 for Liberal-National, 26 Labor, 9 Greens, 2 Hansonites, 2 senators holding their seats courtesy of Nick Xenophon, plus Jacquie Lambie. Effectively that has meant a Morrison Senate majority. I say that because every piece of legislation about which Morrison was serious passed through the Senate. His lack of a House of Representatives majority cost him his Religious Discrimination Bill. He cannot blame the Senate for that.

There are three types of Senate elections. First, territory senators serve for terms of three years tied to the House of Representatives. My prediction for that is no change in either territory. Senator Zed Seselja (ACT) will scrape back in against David Pocock (Independent) for the second seat. The first seat will go to Labor’s Senator Katy Gallagher.

Second, there are double dissolution elections. Third, there are periodical elections for half the Senate, the normal type. Here the complication arises that the senators coming up for election were those elected at the 2016 half-Senate election.

This is the greatest complication I need to explain. In a double dissolution election, there are two elections, for twelve senators and for six in each state. This is the way I explain it in my article in the current edition of The Conversation. The full title of the article is “How does Australia’s voting system work?” and here is a part of it:

“One Nation’s Pauline Hanson and Larissa Waters of the Greens are good examples of how it works. Both were elected among the 12 Queenslanders at the 2016 election. However, Hanson was one of the six more popular vote winners, and Waters one of the six less popular vote winners. So, Hanson got a six-year term and Waters a three-year term. Waters won a higher proportion of votes in the 2019 election, so was elected to a six-year term, expiring on June 30, 2025. Hanson is up for re-election this year, and I predict she will be elected to a six-year term, and therefore her term will expire on June 30, 2028.”

In comparing this year’s half-Senate election with the 2016 half-Senate election my first prediction is to say that the result will be the same as in 2016 in three states, New South Wales, Victoria and Western Australia. By “the same” I mean a three-three split between left and right.

There will be a swing in votes to the left in three states, Queensland, South Australia and Tasmania. That will cost the Liberal Party two seats and will reduce the Coalition to 34.

In Tasmania, the 2016 result was three Liberal, two Labor and one for the Greens. Liberal Senator Eric Abetz will lose his seat since he now has received third place on the Liberal Party’s ticket. He will be replaced by Tammy Tyrrell of the Jacquie Lambie Network.

In South Australia, the Liberal Party will win the two seats it won in 2016, but the “Xenophon party” will see its two senators, Stirling Griff and Rex Patrick, reduced to one, Xenophon himself. The Greens will take the lost seat.

The new Senate, therefore, would consist of a Labor-Greens combination of 37, a Coalition number of 34, two for Pauline Hanson’s party, two for Jacquie Lambie’s party and Xenophon. That would be a nightmare for Morrison. For Albanese it would be manageable – but nowhere nearly as good as the outgoing Senate was for Morrison.