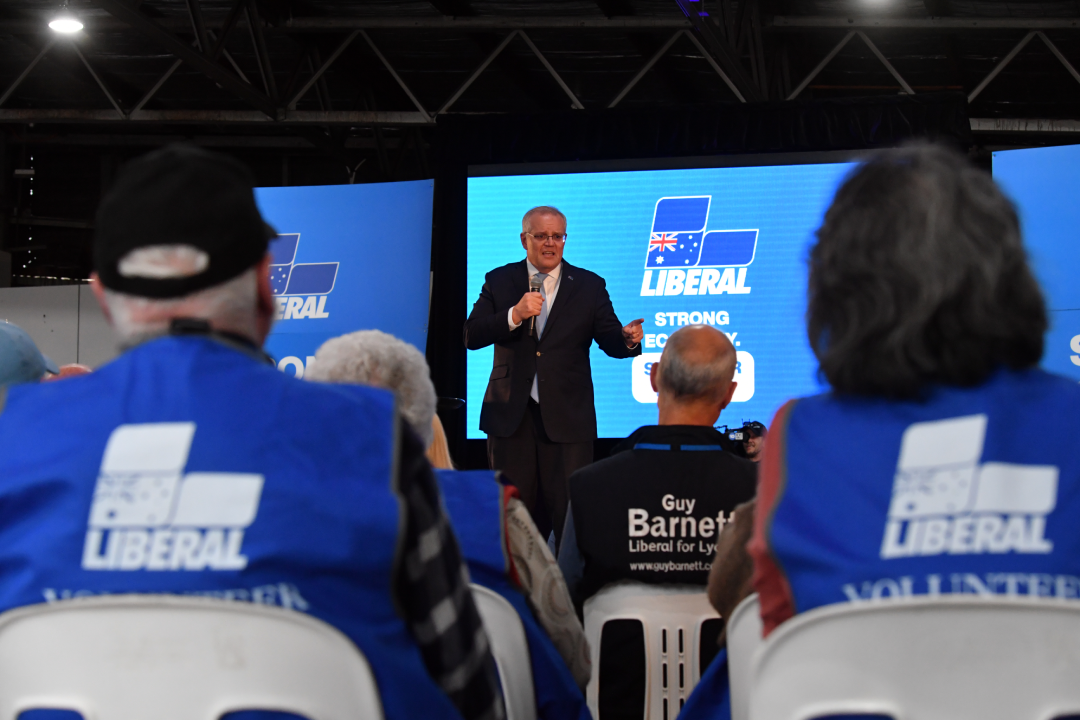 My predictions for five once “blue ribbon Liberal” Seats

In my article of April 28 'How Abbott, Morrison and Hawke bungled Warringah' I mentioned that when I first voted in December 1961 there were nine “blue ribbon Liberal” seats. Listed in order of Liberal strength in each city the seats were Bradfield, Warringah, Wentworth, Mackellar and North Sydney in Sydney, Kooyong, Higgins and Balaclava (now called Goldstein) in Melbourne and Curtin in Perth.

For May 21 my confident prediction was that independent sitting member Zali Steggall would retain Warringah and that Liberal incumbents would retain Bradfield, Mackellar and Curtin. I also promised that my next article would predict the winner in North Sydney, Wentworth, Goldstein, Higgins and Kooyong. I keep that promise today.

Before I proceed, I tell readers that in my next article I shall describe, in some detail, my own votes in Canberra on May 21. Today I tell readers that I have plenty of friends and relatives in North Sydney and Wentworth, two friends in Higgins and one each in Goldstein and Kooyong. I have had conversations with all of them and I tell them how I would vote (putatively, so to speak) if I were in the electorates mentioned here today.

If I were in North Sydney, Wentworth or Kooyong I would vote for the sitting Liberal members, Trent Zimmerman, Dave Sharma and Josh Frydenberg respectively. I tell the friend/relative that Labor is going to have a thumping win at the general election, Anthony Albanese will be Prime Minister in a majority Labor government so I ask this question: why would you kick out a perfectly good Liberal member to put in his place a powerless teal independent of no proven political ability? Those who were going to vote Liberal anyway agree with my reasoning. Those who were going to vote teal argue with me – but our conversation is interesting nonetheless.

The most interesting conversation was with the Kooyong elector. It is related below. Anyway, I predict the re-election of Zimmerman, Sharma and Frydenberg. Where opinion polls say otherwise, I assert that the polls will change or be proved wrong.

If I were in Higgins, I would vote for the Greens candidate, Sonya Semmens, a small business owner, and I predict her election, defeating Liberal sitting member, Katie Allen. Both my Higgins friends will vote for Semmens and speak well of her. The Toorak-resident friend is a man who used to vote Labor. He has a Liberal state member and will, if my prediction is correct, have a Greens federal member. The Prahran-resident friend is a woman who on two occasions in the late 1990s unsuccessfully stood as a Liberal candidate at state elections. If my prediction is correct then she will have Greens federal and state members, Semmens in Higgins and Sam Hibbins as the state member for Prahran, first elected in November 2014, re-elected in November 2018 when Allen was the Liberal candidate.

My Goldstein friend is a man who first voted in 1958 which makes him older than I who first voted in 1961. I suspect (though he has never told me so) that he votes for his Liberal federal member Tim Wilson and his state Liberal member Brad Rowswell. He has given me a huge amount of detailed information such as that teal candidate Zoe Daniel had a launch with a thousand present, but Tim Wilson’s launch attracted only 300 supporters. There are far more Daniel corflutes than for Wilson.

Anyway, my Goldstein putative vote is for Daniel whose election I predict. That would mean three “blue ribbon Liberal” seats would not have Liberal members, Goldstein, Higgins and Warringah, but Bradfield, Wentworth, Mackellar, North Sydney, Kooyong and Curtin would still have Liberal members.

Apropos of my putative votes/predictions I have been struck recently in my listening to the ABC programme AM. Patricia Karvelis interviewed Dr. Monique Ryan (teal for Kooyong) on Thursday 28 April and Zoe Daniel (teal for Goldstein) on Tuesday 3 May. They made a great contrast between the professional (Daniel) and the amateur (Ryan). Daniel encouraged me to vote for her. Ryan put me off voting for her.

Which brings me to the Kooyong conversation with my Kew-residing 79-year-old friend, a woman I have known for sixty years. Her father held a high position in the Liberal party in the fifties and sixties. When I told her of my hope that Frydenberg would win Kooyong again she stunned me by saying she hoped he would be defeated. “He’s a Zionist”, she declared, and she would not vote for him.

When I gently suggested she might be accused of anti-Semitism she reacted strongly. “I would vote for any Jew who does not defend Israel’s outrageous occupation of the West Bank, but not for Frydenberg who defends the state of Israel and everything it does.” She lent me a book Balcony Over Jerusalem by John Lyons, the reading of which makes me understand why so many Australians are hostile to Israel. It sounds a pretty horrible place, but Lyons describes all the middle eastern countries as horrible, even if very interesting.

Anyway, that would not discourage me from voting for Frydenberg, but it leads me to speculate what commentators would say in the unlikely event he is defeated. Among other things they would say that ant-Semitism was a factor.

My guess is that Frydenberg will one day be Australia’s Prime Minister. If so, Australia might well be one of three countries with a Jewish head of government, the other two being Israel and Ukraine. Volodymyr Zelenskyy will win Ukraine’s war with Russia. His hold on the presidency of Ukraine will last so long he will still lead Ukraine when Frydenberg reaches his goal to be our PM.