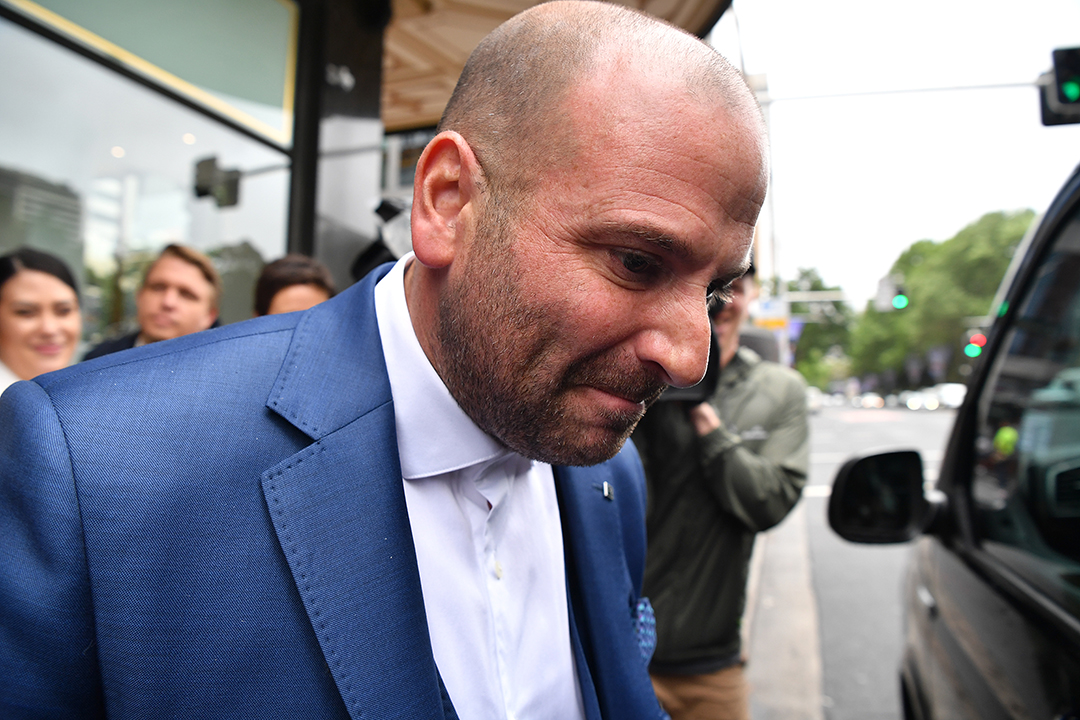 If George Calombaris is a thief, so is our beloved ABC

This week I did something outrageous. Yes, I posed the question: “Could George Calombaris have made a mistake, meaning he’s not really a wage thief?”

The reaction on Twitter was over-the-top, as usual, with the name-calling, ‘f-word’ usage and disgust that I should even try to decriminalise George. Sadly, it’s typical of this social media platform.

Along with other countless debates, the whole incident I’ve initiated on my website Switzer Daily, and then on Twitter, has made me think about why the majority of Tweeters are leftish in their inclinations. Mind you, I have over 11,000 followers, but 100 of those, at most, are regular critics of my analysis and they tend to be right-wing haters and Scott Morrison haters suspicious of wealth-builders, anti-property investors and not all that happy about how modern capitalistic economies go about producing stuff, creating jobs, delivering income and influencing the price of assets, such as property and stocks. Therefore my tweeter followers are mostly the quiet Australians who don’t get engaged in bitchy fights.

The famous Aussie broadcaster John Laws pioneered the term “watermelon” in his heyday of being number one on Sydney radio. “Watermelons” were protestors or pollies who were green on the outside but red on the inside! I don’t like name-calling people I’m debating with, but gee a lot of my nasty critics seem to have watermelon ways.

But as Seinfeld might say: “Not that there’s anything wrong with that!” There’s not, but it can be unsettling when you’re up for a mature debate on a serious topic, are open to learning something, and even when you’re capable of moderating or even changing your views, you have to deal with second-rate minds, proudly strutting their puerile comebacks on Twitter.

This week, my critics (who all inexplicably seemed to be experts on payroll in a country where wage experts agree that our award system is really complicated) seem to somehow know that George conspired to underpay his staff. They know this and it’s why some called him a “grub”, a “thief” and worse!

None of these critics ever exposed themselves as employers, who have actually worked their way through the award maze, which all the experts I’ve interviewed over 25 years of doing this stuff, have called “really complicated”. None of the critics ever explained why George would conspire to dud his employees of their rightful pay, asking his accounting staff to be accessories, risking killing his business, ruining his valuable brand, forcing him to sell his property, losing his TV show and income. None were even prepared to say that as an employer of 500 staff, he, as a once normal human being like all of us, strived to become abnormal and become an entrepreneur, a business-builder, a trainer of people, an employer, a conduit through which his employees could receive income, borrow to buy homes, go on holidays and so on. Some have said a small mistake is understandable, but a big one smacks of a conspiracy to rip off his employees.

However, no one has acknowledged that Woolworths, with arguably a massive accounting team on average, was accused of underpaying its staff up to $33 million, annually, in the past nine years. In comparison, the Fair Work Ombudsman has recovered $40 million for 18,000 underpaid workers in the previous financial year.

Our wonderful and beloved ABC was caught out for underpaying 2,500 staff and Aunty put aside $23 million to make up for the mistake! No one on Twitter has called the ABC a wage thief! No one on Twitter has looked at the past CEOs and Chairmen and called them thieves. It shows how too many so-called grown ups are really labouring as fair-thinking human beings because they look at life with one eye rather than two!

I must admit I felt guilty when I read the words of the ancient philosopher Epictetus, who once observed that “We have two ears and one mouth so that we can listen twice as much as we speak.”

Twitter has the capacity to make people shoot off at the mouth, and they let their fingers do the insulting. It underlines a huge mistake lots of us make, which was identified by Socrates when he was on trial before being put to death. The esteemed thinker told us that: “An unexamined life is not worth living.”

I love being a part of a nation’s debate, and because I clearly lock horns with people who are smarter than me, I have the chance to improve and get smarter. However, there are a hell of a lot of critics out there who have pulled up stumps when it comes to being open to understanding stuff better. It’s like they know they are right. They don’t want to be shown insights that might moderate their views and therefore have given up on self-improvement.

This is tragic and I write this to provoke them to be a little more self-analytical. Of course, if you are a card-carrying leftie or a pigheaded right-wing conservative, these words will fall on blind eyes. However, I love Twitter when I can see what other people think, but I hate Twitter when it carries the biased views of self-assured smarties. These people, who often don’t have the guts to reveal who they are so we can even look at their credentials, look like they are wishing for Armageddon to simply prove that they have been right all along, despite being wrong for a long time on issues such as Australia’s economic growth, house prices, stock prices, the viability of the global financial system and the world economy, as well as who Australians might decide they want to lead the country.

My battle with Twitter started when, as an economist, I questioned whether house prices would fall nationally by 40%, which launched a thousand ships of insulters and critics. I doubted the forecasts and was pilloried, despite giving those who believed in the prediction both TV, radio and website exposure.

So far I’ve been proven right, but one day I could be wrong. Academia taught me not to be tribal on knowledge, though I know too many academics have ignored that intellectual lesson I could not avoid embracing.

That said, I suspect the people who tweet with a one-eyed view of the world are pretty ordinary role models, and I hope they are not influencing and misleading younger Australians to live a less worthwhile unexamined life.

This week I was accused of being a right-wing mouthpiece but it could only have come from someone who has not been reading me for long. I think I’ve become a more middle-wing mouthpiece but I’m happy to swing left or right depending on the economic rationality of the issue or policy.

Given that, if you want to call George a wage thief, I guess you have to call Woolies and Aunty mega-thieves! And I might be showing my bias but I can’t come at calling the ABC a crook!