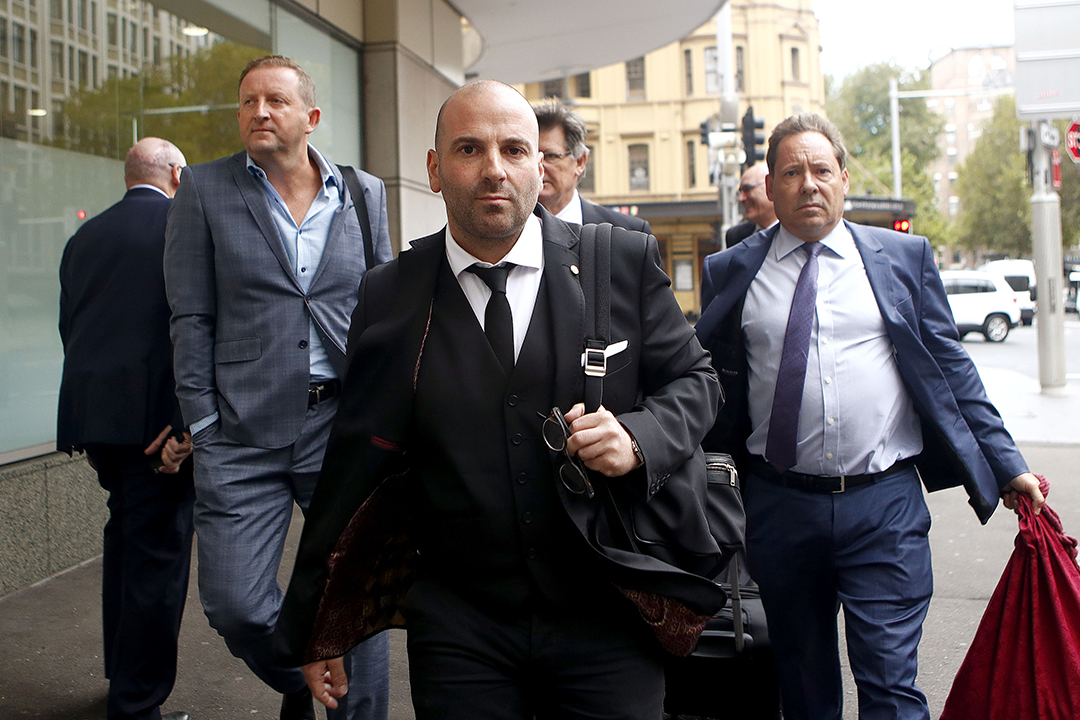 Let’s put George Calombaris on trial as a 'thief'!

As George Calombaris has been labelled a wage thief, let’s put him on trial. I will plead the case for the defence as I reckon this was a wage mistake partly caused by the ridiculous complications in the award system. And don’t take my word on this just ask any lawyer or industrial relations expert who works in the area — it’s a minefield, especially for smaller operations where there is no specialist payroll team.

If you don’t believe me, then you have to ask how a public company like Woolworths could underpay their staff by over $300 million dating back to 2010?

I find it hard to believe that the CEO and CFO thought they could hoodwink their staff, company analysts and share players to make better profits and to see their share price spike higher.

This defies logic for anyone who has two eyes, a brain and aren’t a card-carrying leftie. Mind you understand in a democracy all types of people/thinkers deserve to be respected but you don’t have to ignore faulty thinking that bias can infect.

Now to George Calombaris, who employed over 500 staff in 18 restaurants and underpaid his staff about $7.8 million.

The media loved calling this celebrity chef from Masterchef a wage thief but it’s more likely that it was a mistake and I would not believe his accountant and payroll people would have been accomplices to ripping off this staff.

Afterall, he did self-report the error, he made up the wages and super, paid a $200,000 fine, sold his holiday home and now has his Toorak home on the market.

If George is a mastermind crook, he obviously is a much better master chef!

This mistake has proved to be the tipping point in a successful business that is suffering from the vicious winds lashing the restaurant game.

Those winds include a slowing economy, bushfires and the Coronavirus hurting tourism and the new threat to restaurants — Deliveroo, Uber Eats, etc. — that are shrinking margins and even reducing the number of people actually showing up to eateries, instead staying home to eat in tracky dacks!

His business had to also deal with the slagging from Fair Work and the media, which also affected his trade.

George, I’m sure, never planned the demise of a business that would’ve been worth many millions of dollars and which contributed to the dreams of the people who worked for him.

There certainly was a mistake in payments and the Small Business Minister, Michaelia Cash needs to look at the implications of these complicated awards governing pay. These need to be so simple that it is easy to see who is a wage thief and who is just a mistake-maker.

In this country, you are innocent until proven guilty and George was instantly branded with the wage thief tag, which is totally unfair for a guy who was a business builder, employer and undoubtedly a big taxpayer compared to the average Aussie who has never dared to dream.

Mistakes need to be penalized but to see what George has lost, you have to ask: “Does the punishment fit the crime?”

Not only has he lost out but so will his employees, undoubtedly some suppliers and even the tax office, given what he would’ve paid if he’d stayed in business!

I reckon George was more a mistake-maker than a thief, and it might even have been a mistake others made that he has to wear the responsibility for being the boss. Rupert Murdoch famously once said: “The buck stops with the guy who signs the cheques.” And that is true but it doesn’t mean a mistake should see you tagged as a thief and mean that your business is crushed out of existence.