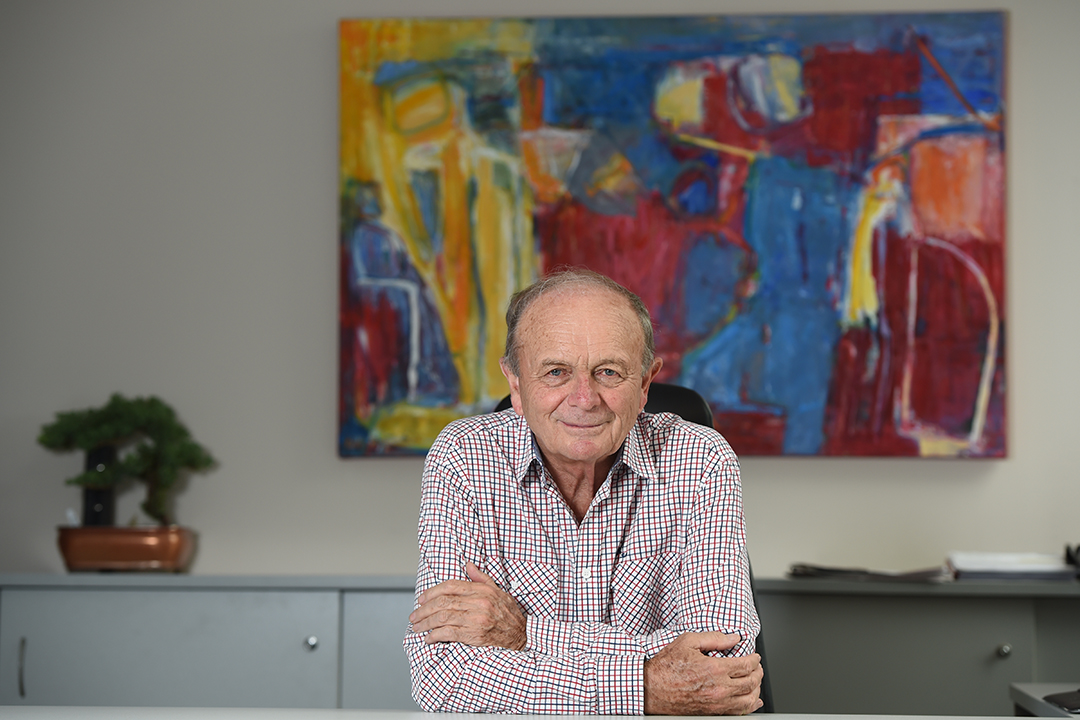 Why Kogan admires but bagged Gerry

Looking at the greatest business books of all-time to understand the power of influence took me on a trip down memory lane that reminded me of important, success-generating stuff I should never have forgotten! And it’s insightful stuff you should know for yourself and for those you lead and care about.

In recent times, I’ve switched my Switzer Show podcast to be a rerun of one my favourite media activities of all time — Talking Business — which I pioneered for a decade with my friends at Stellar Inflight, who produced this for Qantas.

Ten years is a long time to do anything and my exit from something I loved coincided with my Switzer TV programme that went for over a decade, until Rupert and News Corp decided to close down the Sky Business channel.

What I’m doing on The Switzer Show is tracking down legends, both new and old, to deliver on what so many people are and should be interested in — the secrets of their success. As I wrote in my article last week, legends leave clues but someone often has to pry them out of them.

Over 30 years of talking, analysing and listening to business legends make speeches, these people who have been great at business are not gifted when it comes to teaching what others have to do to emulate them. A lot of these high achievers do things innately and never think that others don’t see or think something that is so obvious to them.

It’s like natural born leaders, who are a lot less on the ground than those who learn to lead. John Maxwell, the author of the book 21 Irrefutable Laws of Leadership, argues convincingly that leadership can be learnt. I think becoming a business builder is a skill that can be taught and learnt.

For three decades I’ve tried to do business education via all my media, my books and websites and nowadays we have the Grow Your Business website, which has an online business coaching product that we’re developing.

I believe coaching and mentoring are critical game changers to anyone wanting any kind of success. When I want to lose weight, I go to my dietician expert. If Gerry Harvey asks me to play tennis with ex-pros who I’m not good enough to play with, I get some coaching so I don’t look hopeless.

It’s the big lesson I’ve taken as an educator and business builder myself — if you want to progress, you have to tap into good influences.

This week I interview Ruslan Kogan for The Switzer Show podcast and two big take-outs came from the interview.

First, Ruslan, who I’ve known and interviewed for over a decade, is a better bloke than I took him for and this was shown in his revelation about what he really thinks about Gerry Harvey.

Second, his view on his parents and how their courageous decision to become immigrants and then encourage Ruslan and his sister to work hard to become successful, is something that was quite unforgettable. At the time I told him that I’d recently written about how Aussie Home Loans’ John Symond and Wizard/Yellow Brick Road’s Mark Bouris both singled out their parents as critical influences in their success story.

These people were lucky, and I guess I was too because my parents were hardworking small business owners who sacrificed to give their kids opportunities. But what does someone do if they don’t have these close relations who are good at inspiring and influencing?

I’ve said this before that Jim Collins, author of the best-selling book Good to Great, admitted he didn’t have life-changing influences in his life so he pretended he had an advisory board of mentors by reading books. This meant he counted the great Peter Drucker as a ‘mentor’ along with others, just how Jim has become the same for others, and especially entrepreneurs who knew they needed help, inspiration and direction.

That’s why most of us trying to go from ordinary to extraordinary or from say ‘good to great’, need a hand from a coach, a mentor or in the absence of these — a book or a website.

The key message from me is not only that you need a coach or a mentor but more importantly you have to be, as Cat Stevens once sang: “On the road to find out.”

And the poet Robert Frost gave us a huge clue when he wrote: “Two roads diverged in a yellow wood. I took the one less travelled by, And that has made all the difference.”

Ruslan Kogan and Gerry Harvey have been inspired travellers down the scary road of business. Ruslan compared this unknown, spooky world of business (as demonstrated by what’s happened this year) to the kind of challenging environment that immigrants, like his parents, encountered in coming to Australia from Communist Eastern Europe.

And it is clear that someone like Ruslan, who used Gerry’s fame to get attention for himself when he started out as a disruptor business, respects his rival’s achievements in building the biggest retail business in the country.

This is the kind of maturity that can only come when someone has learnt from the lessons on the road or at the coalface of achieving something substantial and from business greats that have gone before him.

This five-year Kogan share price chart shows a lot has been learnt by Ruslan and it shows the power of great influences.

Note how his business has roared out of the Coronavirus crash, which says it all.

By the way, Forbes says the greatest business books of all-time, which look like they have been largely based on sales were:

4. “The 22 Immutable Laws of Marketing,” by Al Ries and Jack Trout

5. “How to Win Friends & Influence People,” by Dale Carnegie

6. “The Hard Thing About Hard Things,” by Ben Horowitz

And they are all about insights from the very people who have seen what others miss and that’s because the majority don’t go looking for what the minority of successful people have to know.

If you can’t get a coach or a mentor, start hanging out with books and videos that give you a sneaky way of getting winning clues from legends.