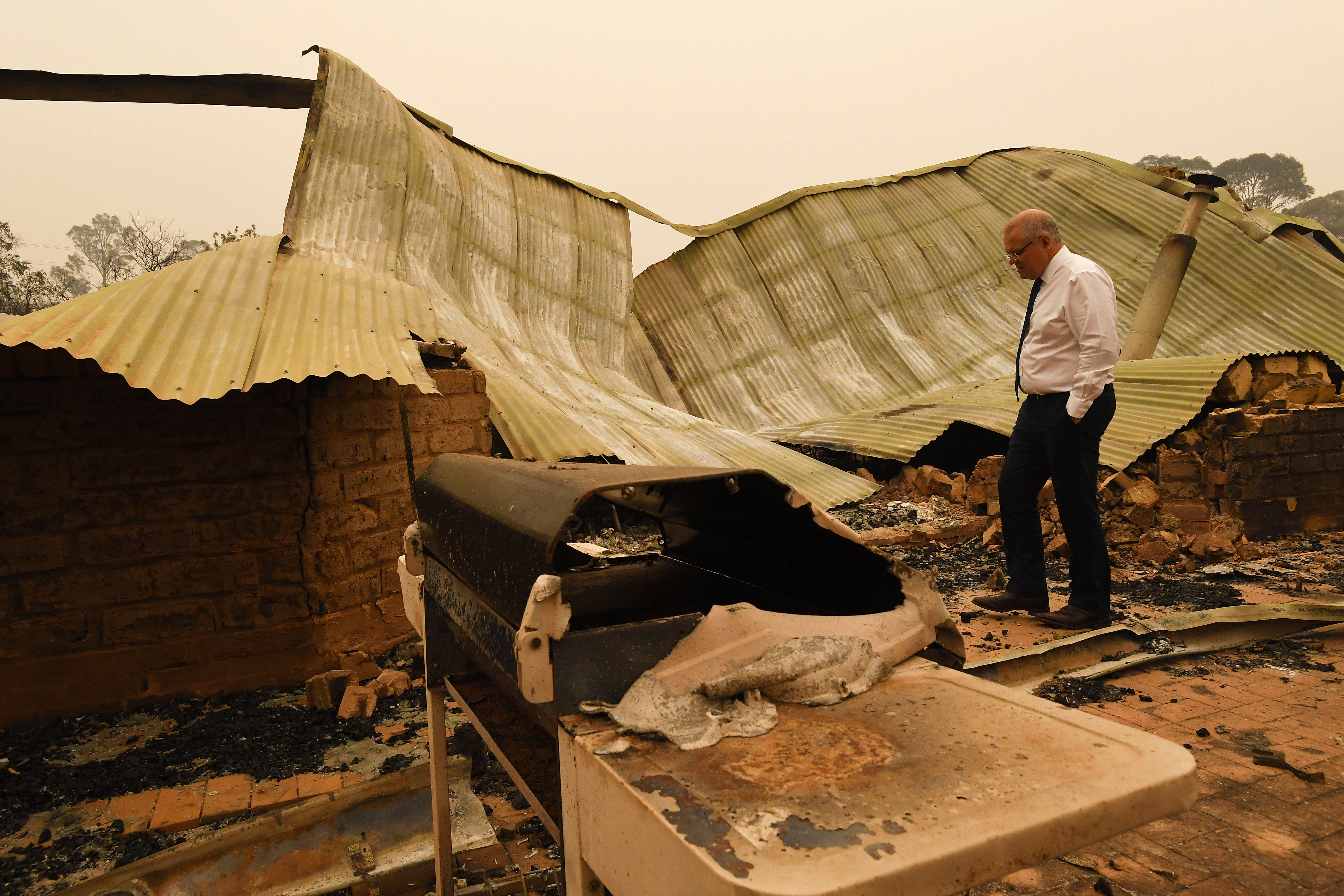 Scott Morrison is in the wrong

My last article on Scott Morrison was published a month ago. It was titled “Will Scott Morrison win the next election?” and was posted on Friday 13 December. It added to my first post-election article “Will history view Morrison as a great PM?” posted on Tuesday 21 May. By “added to” I mean both articles conveyed the impression that I think it more likely than not Morrison will win the election due in May 2022, which I have repeatedly predicted will actually be held in November 2021.

Very much on balance, the historical record does suggest such a result – as does the latest Newspoll. However, if a week is a long time in politics, a month is an eternity. The past month has been a big setback for the Prime Minister. He has had his defenders but their decibels have been drowned out by the decibels of his detractors. This has affected his personal Newspoll ratings – though the government as a whole is doing reasonably well, even as Morrison is doing badly.

In my opinion, the best example of a pro-Morrison comment came in the form of a letter to the editor published in “The Australian” newspaper on Wednesday 8 January. It was by Ruth Shepherd of Horsham in Victoria and its two paragraphs read this way.

“I can barely comprehend the vitriol pouring on to the Prime Minister. As someone who lived through the Black Saturday fire in Bendigo 10 years ago I recall listening to my radio all night as 60 homes burned down nearby and the town of Marysville was razed, along with many others. There were more than 173 deaths across the state. Imagine if more than 170 people had died in this catastrophe? Scott Morrison’s life would not be worth living.”

“Was John Brumby, the premier of Victoria at the time, vilified by the Greens and others? No, of course he wasn’t. Brumby was a Labor man and we heard hardly a squeak from those who are happily castigating Scott Morrison. It is scary to hear the lynch mob when they are in full throttle, as they are today. In my 86 years I have never heard anything like it, and I hope I never do again, no matter who is PM.”

So, what am I to say when I tell you that I agree with Morrison’s critics on this occasion? We have seen criticism – not a “get Morrison” exercise as Shepherd avers. I begin by saying that none of the leaders of that day had done anything to make himself controversial in the matter of bushfires. Morrison has – so let me count some of the times.

Begin in February 2017, with him brandishing in Parliament “a nice big hunk of black coal, kindly supplied by the Minerals Council”. And remember the contemptuous comments he made about those who dared suggest that these days coalminers are engaging in anti-social activity. Those who say that should be criticised, not treated with contempt. Morrison has merely reaped that which he had sown.

Travel forward to last winter, when he couldn’t be bothered meeting, even briefly, with a coalition of fire chiefs who were warning about this very problem that has now arisen. So, why didn’t they burn off and protect our land? Their spokesman, Greg Mullins, recently said: “In extreme drought like this, underpinned by 20 years of reduced rainfall, our window for hazard reduction is very narrow because it’s either too wet or too dangerous to burn. With extreme dryness, everything will burn. That’s why we can’t put the fires out. Firefighting aircraft are not a panacea. It needs to be new thinking on how we deal with this ongoing crisis into the future.” Morrison mocked the fire chiefs back then.

Fast forward to November 29, once the fires had started but before they spiralled out of control. He told Sabra Lane on the ABC’s AM programme that he “took issue” with the idea that we weren’t prepared. He asserted the idea that “the individual actions of Australia affecting climate change do not stand up to credible scientific evidence, either.”

Then he went off to Hawaii in December. The growing conflagrations were, he stated baldly, no place for him. He asked rhetorically what he would do: “hold a hose?” And he concealed public knowledge of his Hawaii holiday as much as he could.

Morrison continues to assert that it is not credible to make a direct connection between global warming and any single fire event, and that “many other factors” were responsible for the flames. To some, that is a reasonable view. To others it is an opinion deserving of criticism – because it looks so much like Donald Trump’s behaviour every time there is a mass shooting in the United States.

We know that last year was the hottest and driest for Australia since records began more than a century ago. So, our climate is changing and, in all probability, there will be another period of disaster between November 2020 and March 2021. Morrison may be lucky. It may not happen. What about the period between November 2021 and March 2022? Well, I think Morrison will avoid that period, which would be disastrous for him in an election held in May 2022. That is among the many reasons why I predict the next election will be in November 2021. I could devote a whole article to that but, in the meantime Morrison must hope that there will never again be for him a disastrous month like the last one.