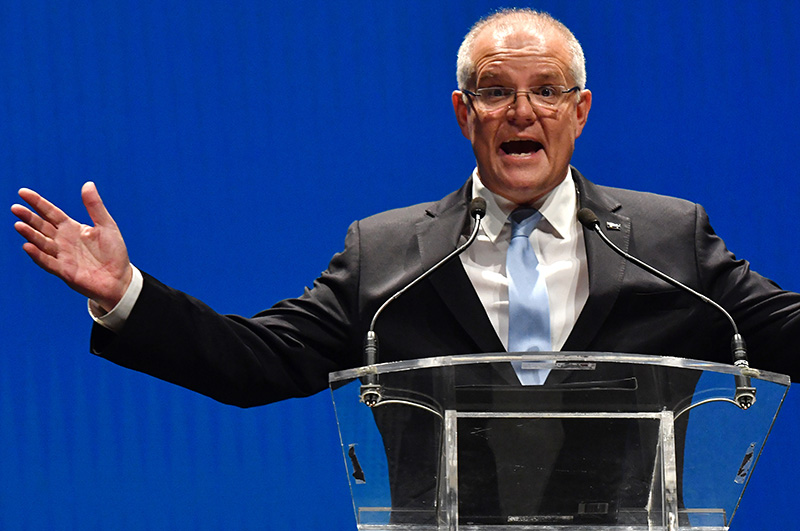 Will history view Morrison as a great PM?

With the celebrations of Bob Hawke’s life in full swing, the time has come for me to have my penny’s worth. It takes the form of ranking Australia’s 30 Prime Ministers in order of greatness. The accompanying table is one on which I have been working for 50 years – with continual revisions as readers will see. 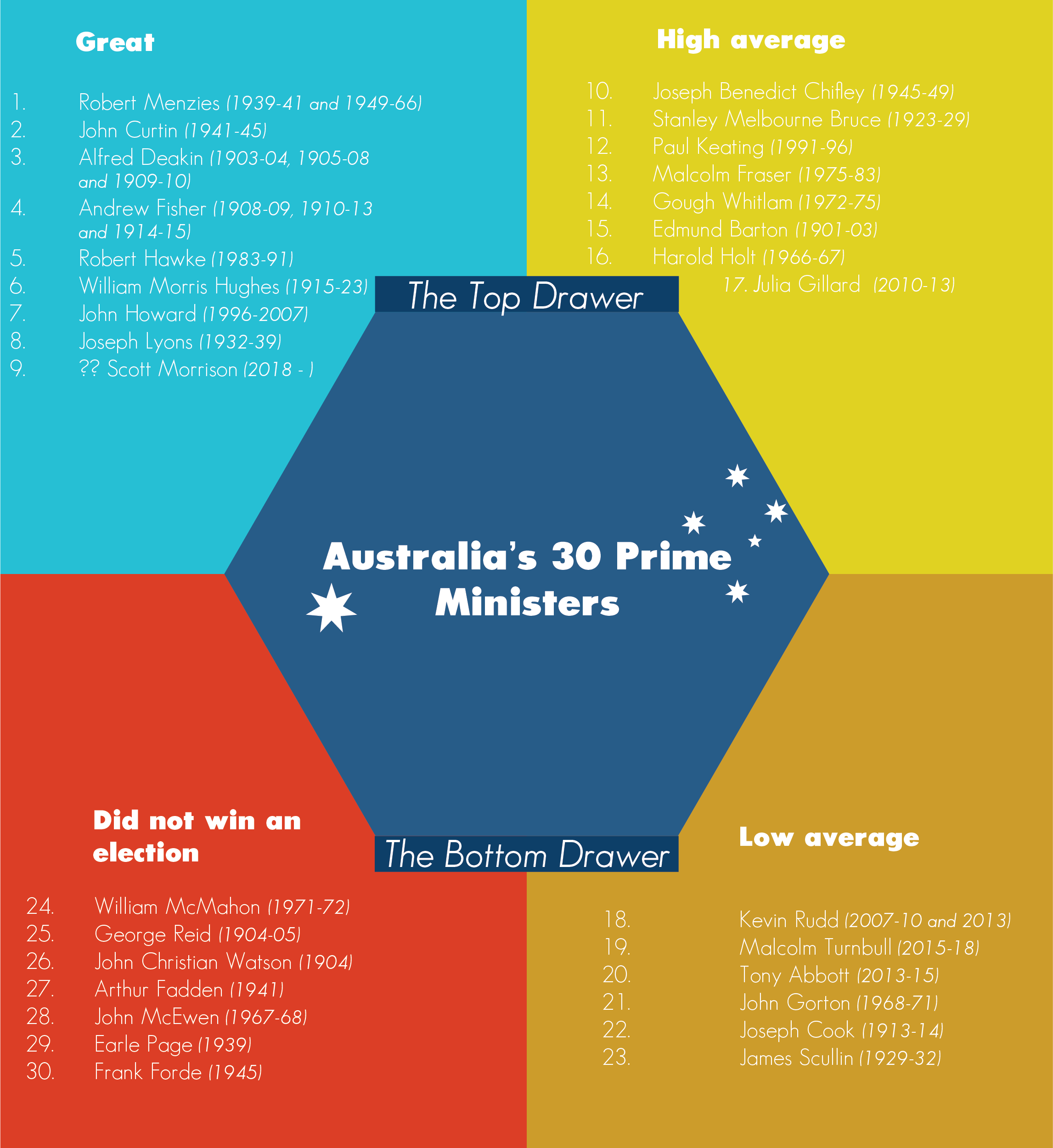 Take the top left-hand corner of the “great” PMs – ranked in my order of greatness. The weekend result has caused me to add the name of Scott Morrison – but with two question marks. Readers may be interested to know that following the 1993 Keating victory, I had him in the “greats” column but with two question marks. However, his full term as “elected” Prime Minister (1993-96) was such a disappointment to me, I lowered him out of the top category. The same may happen with Morrison. Time will tell.

My reasons for placing Menzies top are the number of elections he won (seven in all), the sheer length of time he spent in the office (18 years in two terms), Australia’s prosperity while he was in office and the fact that he retired on his own terms. I lack the space here to explain why Alfred Deakin is placed third on my list.

Given the tributes now being paid to Hawke, readers would be entitled to ask me why I place him “only” third among the Labor PMs and “only” fifth of the 30. This article does that by concentrating mainly on Labor Prime Ministers.

My logic with prime ministerial ranking comes from nation building, successful reforms, initiatives, election wins and longevity in office. However, I add marks for being a successful Prime Minister in either of the two world wars and for leaving on his own terms. Electoral defeat, debacles and divisiveness cause me to subtract marks. Also there is, in my opinion, a need to give handicap marks to earlier prime ministers, as they are out of memory to people living today.

The wartime Prime Ministers were Billy Hughes in the First World War and John Curtin in WW2. Historians are virtually unanimous in the view that, on almost every count, Curtin did his job better and more successfully than Hughes. So, while both men are among the “greats” Curtin comes in second and Hughes “only” sixth. By the way, Curtin died in office.

With Hawke is placed “only” fifth, I need now to explain why Fisher goes so high. First, he was so successful electorally that he established a majority Labor government in Australia in 1910. By contrast, New Zealand had to wait until 1935 and the United Kingdom until 1945 for such a success.

Fisher began construction of the Trans-Australia Railway and of Canberra, established the Royal Australian Navy, numerous social security payments and the Commonwealth Bank. He was the only Labor Prime Minister to leave office on his own terms, thus cementing his place as the party’s second greatest Prime Minister. While Hawke never took his party to an election defeat (the ultimate humiliation), he did suffer his party leadership being torn from him in December 1991 in circumstances well known to readers of my articles.

Labor supporters dislike me placing Lyons ahead of Chifley and dislike me placing both Hughes and Lyons among the “greats”. Both were “rats”, they say. So what? Anyway, I can see why objection may be taken to my high placement of Lyons. My argument is based on his electoral success, his popularity at the time, and that his sensible economic policies dragged Australia out of the depression. He never lost an election for the simple reason that he died in office.

I lack the space to explain my placements of Bruce, Keating, Fraser, Whitlam, Barton and Holt. I insist on placing Julia Gillard in the “High average” category for a variety of reasons, such as being the only woman in the job, her term being the longest of the post-Howard prime ministers (to date) and her excellent negotiating skills.

In my opinion, all of Rudd, Turnbull, Abbott and Gorton were duds. Rudd goes first since he was PM twice and Turnbull goes higher than Abbott because he was longer in the job. Abbott goes higher than Gorton because he did have one success – he stopped the boats, with the aid of dumped Liberal senator Jim Molan. For my comments on Molan see my article “What a disgrace!” posted on 13 December last year.

Those Prime Ministers who did not win an election are placed in a separate category (see bottom left-hand corner) and are ranked purely in terms of the time they spent in the office. Thus McMahon was there for one year, eight months and 25 days and Reid for 10 months and 18 days. At the bottom end, Page was there for 20 days and Forde for a mere eight days.

How to fix up the WA voting system
Has Dan’s disaster created a property bargain basement in Melbourne?
Dan Andrews & Facebook: what do they have in common?
Could Albo lose his job over JobKeeper & his new advertising campaign?
West side story