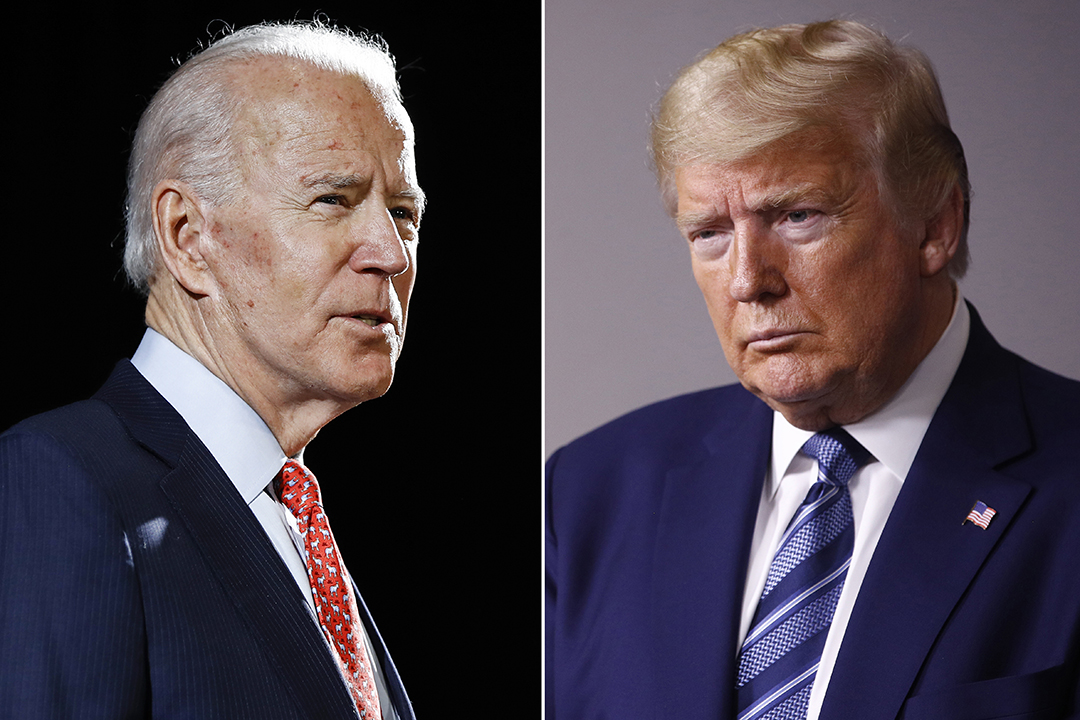 The purpose of this article is to update my two most recent articles, “Trump won’t have a second term but ScoMo will” posted on 23 March and “How the West was won” posted on 6 April.

In the month elapsing since my prediction of Trump’s 2020 defeat and Morrison’s 2022 victory, events have reinforced my predictions. It has been very striking how well Morrison has handled coronavirus in Australia and how badly Trump has handled it in the United States. Morrison has unified Australia behind his successful strategy. Trump has further divided America, thrown red meat to his base and encouraged domestic rebellion. That is a sure way to guarantee defeat. But Trump is so narcissistic and full of himself he cannot see it. That is why his campaign is making so many mistakes.

My article gave reasons for my prediction, but it lacked the detail I now give. That detail takes the form of reading my USA pendulum, which is essentially similar in principle to those I devise and publish in Australia. The important thing to understand is that US presidential elections are landslide-prone. In this case I have no difficulty about predicting that Joe Biden will enjoy a landslide victory in the electoral college and probably in the popular vote as well.

The important thing, however, is the pendulum itself that shows how the states were won. Clinton won, in order of strength, the District of Columbia (Washington city), Hawaii, California, Vermont, Massachusetts, Maryland, New York, Illinois, Washington (state), Rhode Island, New Jersey, Connecticut, Oregon, Delaware, New Mexico, Virginia, Colorado, Maine, Nevada, Minnesota and New Hampshire. That gave her a total of 232 votes in the electoral college compared with 306 for Trump.

This is the critical point, however. If Biden were to get a 53-47 division of the vote in his favour, he would have 334 votes, leaving Trump with only 204. That would be a landslide in the electoral vote – anyway I expect Trump to get fewer than 200 electoral votes.

This is how I made that calculation, using my pendulum. To Clinton’s 232 is added 16 for Michigan, 20 for Pennsylvania, 10 for Wisconsin, 29 for Florida, 12 for Arizona and 15 for North Carolina.

Should any reader want it, I could send a hard copy by “snail mail”. However, I am hoping soon to place it on my website. That was established in March last year, in advance of our May 2019 federal election and revised in June to enable me to analyse our federal election results. My website can be visited at www.malcolmmackerras.com

My problem is that I lack IT skills. However, a young Canberra friend, a consultant by the name of Sophie Harper volunteered to set it up for me. To her I am very grateful. She is always busy, but I am hopeful she can update my website in the next couple of months.

That brings me back to my other recent article “How the West was won”. I want placed on my website not only my model ballot paper for a decent voting system for their Legislative Council but also my pendulum for the next WA state election.

When that is done I would have posted pendulums for three forthcoming important elections – for Queensland on Saturday 31 October 2020, for the USA on Tuesday 3 November 2020 and for Western Australia for Saturday 13 March 2021. The Queensland pendulum is already posted. That was done by Sophie on 21 June 2019 in expectation (now fulfilled) that there would be no change in the electoral boundaries of the Sunshine State.