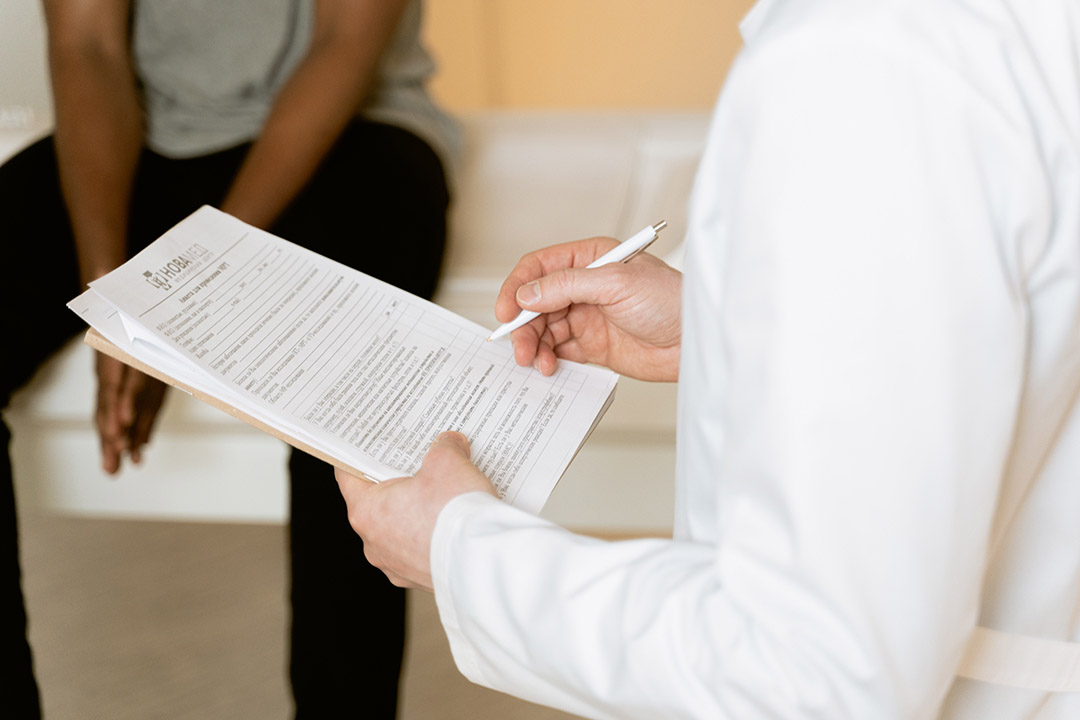 The most important test any doctor can perform on a patient, client, human being, (call them what you like, it doesn’t really matter), is to take a careful, thorough clinical history. It has been long said and I totally agree, that a good, solid clinical history can diagnose well over 90% of conditions and the medical tests used are purely there to confirm the diagnosis.

One of the major problems with heart disease is that the first sign of a heart attack in around 30% of cases is sudden death. This may be the case, but I would suggest to you that almost everyone gets a warning but usually ignores it.

The brother-in-law of one of my best friends, at the age of 49 was playing veteran’s soccer (soccer for over 35’s). Two weeks prior to his heart attack, Peter experienced chest discomfort when he was hammering in poles erecting a tent. During the soccer match, he was feeling unwell and came off the field and into the change room to take off his uniform. One of the other players was sent off and found this man unconscious on the floor of the change room. Cardiopulmonary resuscitation was commenced and he was taken to a local hospital and then transferred to a major hospital when his condition had stabilised.

He had suffered a significant heart attack and a subsequent cardiac arrest but fortunately because of the quick work of the people at the ground and then the paramedics, his life was saved. An angiogram showed a severe blockage in the main artery in his heart and he received a stent to this artery. Unfortunately, this was done a number of hours after the initial event due to the geography of where he suffered the heart attack and the need for transfer to a more central hospital. On initial testing it appeared that he had suffered a significant heart attack with significant damage to his heart muscle. Also, because of the period of unconsciousness, he was on a ventilator for two weeks and his course was complicated by severe bleeding. He slowly recovered and he was discharged on appropriate medications for cardiac failure.

Because of my connection with his brother-in-law, he came to see me for follow-up. I was expecting to see a man in severe heart failure who had damaged a significant proportion of his heart. When I performed an echocardiogram (ultrasound of the heart) there was a very small area of scarring at the front of his heart but overall his cardiac function was normal. I was astounded by this but delighted for him and for his family.

The question some of you may be asking is why did a 49-year-old man have a heart attack? When I tested him further, I detected two significant abnormalities in his blood tests that I will discuss later. The major lesson from this case is to seek medical attention when you have any symptoms, as this man had chest pain and fatigue intermittently for two weeks before his near fatal event.

A very important aspect of Peter’s case is that he ignored the warning he was given two weeks earlier when he was hammering in the tent posts. The onset of a discomfort in his chest and a feeling of marked fatigue, which was unusual for him, should have raised his awareness that he needed an urgent assessment. Instead, he put up with grumbling symptoms for two weeks until his cardiac arrest on the soccer field.

If you have any history of unexplained chest discomfort, it does not have to be frank pain, from the tip of your nose down to your belly button, it needs to be checked. Interestingly, only 5% of chest pain is actually cardiac, but it is of course that 5% that can lead you to drop dead in the street if it is not detected. I have numerous patients coming to see me who say I have pain in my heart. No, they don’t, they have pain in their chest which is not cardiac, but that is my decision, not theirs, and that is why you need to seek help when you have symptoms.

Symptoms aside, have you already had a heart problem? Have you suffered a heart attack, had a coronary artery bypass or a stent inserted into your arteries? Do you suffer angina? (Angina is defined as pain in the chest which occurs with exertion or stress and is eased by rest). Have you had a coronary angiogram? (Dye study of your coronary arteries).

The greatest risk for heart disease is having already suffered heart disease in the first place. What I mean by this is that if you take two individuals, the same age, with the same cholesterol levels, the same blood pressure and family history, but one has already had a heart problem and the other has not, then the one with the previous heart problem is around ten times more likely to suffer a further problem.

Following on from this, is the more formalised issue of cardiovascular risk assessments. Over 50 years ago a very insightful researcher in the New England district of the United States of America decided to observe and record the health and living habits of a relatively small community near Boston known as Framingham.

The Framingham Heart Study has examined multiple aspects of this community and the impact on subsequent health issues. Much of the early concepts of cholesterol and blood pressure arose from this study. There is now a very well accepted term known as the Framingham Risk Score, which takes into account your cholesterol levels, (both good and bad), blood pressure, smoker or non-smoker, presence or absence of diabetes and, of course, those two uncontrollable risk factors of age and sex.

From this information they calculated ten-year risk. There are now numerous spin offs of the Framingham risk score which can calculate your cardiac risk. My best advice here is to Google: ‘Cardiac Risk Score,’ find a questionnaire from one of the many available websites (e.g. American Heart Association, New Zealand Risk Score Calculator etc.), and calculate your own risk.

Regardless of the specific tool used, it is generally accepted that clinical assessment can reasonably place an individual into one of the following three categories:

This is an important distinction because depending on what group you are in will then determine the aggressiveness of your need for medical investigation and treatment.

As a general rule, low risk people require minimal cardiac investigations and treatment. I will comment on the excessive use of pharmaceutical agents in this group later on.

If you are in the intermediate risk group, it is really a decision between you and your doctor as to how far you should be investigated and treated.

If you are in the high-risk category, then it is my strong advice that you receive very aggressive medical management (as per my Reversal Program which will be carefully explained later on).

I have heard a number of experts in the field think more in terms of lifelong risk rather than ten-year risk. If you examine any individual’s lifelong risk of a cardiac event, the average risk is around 45% and in higher risk categories into the 60-70% range. This, however, does not consider the individual’s stage of life. In fact, the risk is not a linear risk but more an exponential risk as you age.

Therefore, if you use the argument of lifelong risk, you would start children on statin drugs to lower their cholesterol and also commence blood pressure treatment, which obviously has no validity. This is why it is my belief that we should be evaluated at a reasonably intensive level every ten years, based on our initial risk calculations. Obviously, those at intermediate and higher risk should be evaluated more often. Thus I would like to repeat my comments that I do not treat cholesterol levels specifically, but treat absolute ten year cardiac risk based on an overall assessment of the human being sitting in front of me.