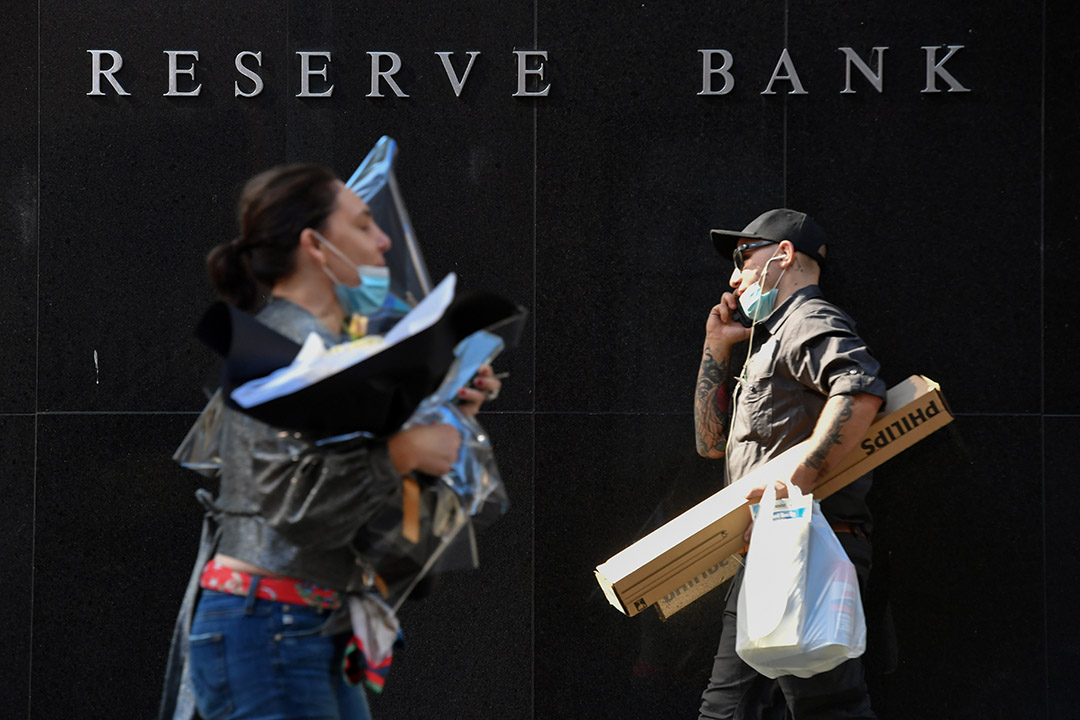 The country’s number one number cruncher, Treasurer Josh Frydenberg, says the three months to September was $5 billion worse than predicted and he wants to shine a critical spotlight on the actions of the Reserve Bank.

And I would advise folks to strap themselves in for bad news when we eventually get the economic growth data for the September quarter. However, by the time we get it, the economy will be starting to boom!

Addressing a Citi sponsored conference, the Treasurer explained how the lockdown losses for the economy were bigger than expected and now his team in Treasury think we could have contracted by “3% or more” in the quarter.

“That compared to previous guidance that real GDP would drop by ‘at least 2 per cent’, as lockdowns devastated economic activity and forced more than half of the population to stay at home and authorities raced to push vaccination rates towards 70-80 per cent,” wrote The Australian’s Patrick Commins.

Interestingly, the Treasurer thought it appropriate to announce that he was “very much open” to a review of the RBA, which was an idea canvassed by Paris-based thinktank, the OECD recently.

Joining in the RBA pile-on was former board member and ANU Professor Warwick McKibbin. He’s often critical of the Bank’s actions (or lack thereof) and explained what he thinks is needed to lift its game.

“The board needs to challenge the bank staff much more, there needs to be different views presented,” he told The Australian. “The board has done a great job, but it needs a better form of governance.”

McKibbin is one of the smartest economists in the country and shouldn’t be ignored. And all government-linked operations should always be challenged in case they’re being held back by ‘Yes Minister-like’ obstacles and rigidities.

Over the years I’ve given RBA governors some public stick for being too slow to cut interest rates when it was obvious the economy was struggling. At times, McKibbin supported me and others like Dr John Hewson with strong economic credentials, who have been stupefied by the bank’s slowness to cut rates.

Former PM and Treasurer Paul Keating carries a grudge against the RBA for keeping interest rates too high for too long, which helped create the 1990 recession that he copped a lot of blame for — some of which was justified, but not all.

Keating has called the Reserve Bank, “the Reverse Bank” and in September last year accused it of “conservatism, laziness and failing to do what is necessary to head off the worst of the coronavirus-induced economic crisis”.

Mr Keating can go over the top but I certainly think an objective look at the Bank’s performance is justified. Right now, I think the RBA has got its interest rate policy right but to keep telling us that it won’t raise rates until 2024 seems odd.

Yesterday I interviewed Westpac’s respected economist Bill Evans for tonight’s TV show on youtube. Bill tips we’ll grow by a whopping 7% next year, which will mean interest rates should rise by early 2023. That’s a view that most economists would think is likely. What the RBA is really saying by clinging no rate rises before 2024, is that it expects a much worse economy going forward.

Also saying rates won’t rise until 2024 might encourage overborrowing, which has been powering a worrying rise in house prices.

Today we get the latest job numbers and it’s thought 200,000 jobs were lost in September owing to the lockdowns, revealed by payroll figures. But economists think the ABS figures are unreliable because of the impact of government crisis payments that might have kept jobs open only temporarily.

Don’t worry, a boom is coming in 2022 thanks to vaccinations and the reopening of borders. But the world we knew, pre-Covid, is about to change forever, and there will be winners and losers, so not all of us will share in this boom.

Who will be losers? Try CBD businesses, bosses who want their workers back in the office, employees who will lose their job to contractors because they want to work from home and all the Coronavirus casualties that never expected that their business life was going to be so aggressively challenged.

Want an example? Try free-to-air TV that now has viewers, who signed up for Stan or Netflix because of the boredom created by stay-at-home orders, that now only use channels 2,7,9 and 10 for sport and news. That’s a big loss of their eyeball business! And if you don’t reckon jobs and wages will be affected, well you know nothing of economics and business.

Therapeutics company primed for growth
Sydney’s spending. Melbourne next. What could go wrong?
Battle looms over working from home
Here’s my best advice: learn from legends
Demand for workers surges in NSW as end of lockdown looms