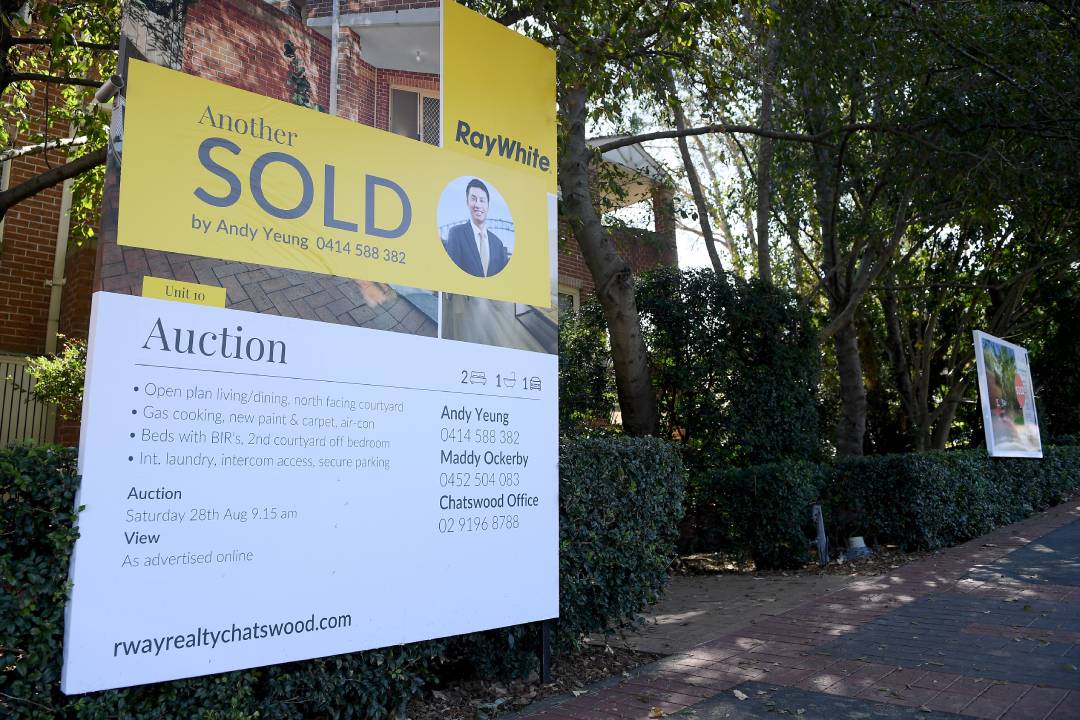 Will property prices spurt on no rate rise news?

The RBA boss Dr Phil Lowe refused to be bullied by banking economists who’d been telling us there’d be rate rises as early as August this year. No one expected him to say “yep, it will be August”, but maybe just a hint that the strength of inflation was such that a rate rise this year is on the cards.

But Dr Phil is his own man. He basically said that a rate rise will happen when he thinks the economy will require it and not before.

By the way, this doesn’t mean the likes of Westpac’s Bill Evans and AMP Capital’s Shane Oliver are wrong about an August rate rise, but Dr Phil isn’t certain that the conditions will be there to make it necessary.

This has to be good news for property owners who like to know that their asset could become even more valuable. This news comes as we learnt January was another good month for property price rises, despite rising rates talk and the economic slowdown linked to Omicron.

Houses and apartments across the country were up 1.1%, which means the late-year slowdown in price growth has now sped up again. And the biggest capital city rises happened in Brisbane, where the gain was 2.5%, though the northern capital had been lagging other cities for some time until 2021.

Brisbane continued to be the strongest city for house price growth, with values up 2.5% over the first month of the year, CoreLogic data released yesterday shows.

CoreLogic’s expert property researcher Tim Lawless said: ‘‘The early indication is that housing markets are starting 2022 with a similar trend to what we saw through late last year. Values are still broadly rising, but nowhere near as fast as they were in early 2021.’’

Dr Phil would have preferred a smaller rise in property prices because if they get out of hand he might have to raise rates to cool down a ‘too hot’ real estate market, though he could easily be supported by APRA, which can actually tell lenders to play harder balls with borrowers. I expect that to happen anyway.

I expect price rises to slow as the supply of property on the market has increased, fixed rate mortgages are now dearer and APRA is already making borrowing harder by increasing the buffer lenders have to add on to make sure borrowers can make repayments as rates rise.

The RBA will watch this very hot property market but right now it’s focussed on seeing wages rise by 3% and what he’d call sustainable inflation. He thinks the last 3.5% inflation number driven by petrol prices and house prices is more temporary inflation.

He wants inflation locked in the 2-3% band and a period of wage rises before acting on rates. This means Dr Lowe wants a full-blown boom of the economy before he acts. And he clearly thinks the current economic and confidence negatives related to Omicron are such that he doesn’t see it as productive to his goal for economic growth to say that he might take away the punch bowl before the party gets hot in August or later.

In contrast, he was talking up the economy predicting unemployment would fall below 4% and could even be 3.75% in 2023. Meanwhile, underlying inflation will climb from 2.6% in December to about 3.25% this year but then will fall back to 2.75%. “While inflation has picked up, it is too early to conclude that it is sustainably within the target band. There are uncertainties about how persistent the pick-up in inflation will be, as supply-side problems are resolved,” Dr Phil said.

The RBA Governor speaks today at the National Press Club and what we’re bound to hear is the country’s main monetary policy decision-maker saying what he said yesterday that he was “prepared to be patient as it monitors how the various factors affecting inflation in Australia evolve.”

If there was no Omicron, all our borders were open, overseas tourists were returning, many businesses weren’t struggling with a lack of customers, for example in the CBDs of Sydney and Melbourne and there was no looming federal election, Dr Phil couldn’t play the cautious, cagey game.

But with all the above not helping the economy, talking about interest rate rises can hardly be a help for someone hoping on recreating a normal Australian economy with wage rises and the sustainable inflation of a healthy economy.

By the way, he thinks the latest inflation, largely created by supply side shortages, will be temporary, so adding to costs with early rate rises might not seem like a sensible strategy.

Let’s talk about interest rate rises when the economy is booming, though it could keep house price rises going until we see the first rate rise. That said, APRA could help by insisting lenders tell many of us: “No home loan for you!”