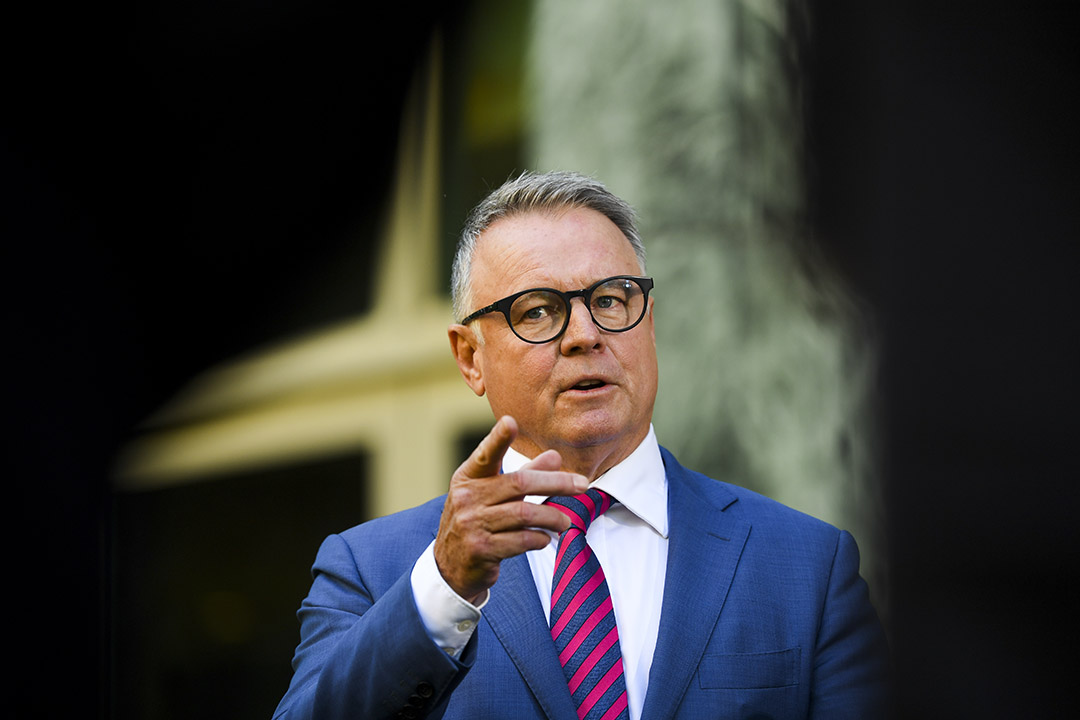 Why is Labor’s Joel Fitzgibbon wanting to cancel Albo’s ticket?

Labor has a leadership war brewing and the bomb-thrower is party stalwart Joel Fitzgibbon. But there are those who say he’s a stalking horse for someone else. But who? Could he see himself as the easier “sell” to the voters than Anthony Albanese? And why?

All this raises the bigger issue that if our political parties can’t agree on what we want, how can they portray themselves as a group who’ll solve our problems.

The Internet age has increased the likelihood that we will be divided but it takes someone (or a group) to do the conquering bit. Kevin Rudd did it effectively in 2007 and then it was downhill from there. And of course, Donald Trump pulled it off in 2016 and was losing his appeal, though the mishandling of the Coronavirus made it more certain that he was on the bus out.

The Internet champs on Twitter, Facebook and Linkedin specialise in tribalism, which is something that can be used for good inclusiveness as well as bad divisiveness by politicians, media commentators, social movement influencers and even business.

The fruit juice businesses that took off in the ‘noughties’ (like Emma & Tom’s and Nudie) all worked out that you could use tribal marketing to build up a following. Both businesses turned up to events such as the City to Surf run and the bike Around the Bay show, and did giveaways to attract like-minded, healthy Australians.

Tim Pethick, who started Nudie, would give away flyers that said “if you like this drink, give this flyer to your local shopkeeper”, or words to that effect.

Tribalism works as Donald showed us, but he was able to make his Republican teammates agree with him and it worked until November this year.

Rudd, Gillard, Abbott and Turnbull couldn’t get the tribes united and they were cooked. Ironically in nearly all cases the climate change policy had a role in encouraging the divisiveness in the party.

At this point in time, Prime Minister Scott Morrison has a united tribe, which is a big effort in politics. Sure, there are dissenters who aren’t happy because they aren’t ministers but to the public eye, the Coalition looks united. And that’s a good look.

But the Labor tribe isn’t. Undoubtedly in coming months, we’ll see where it ends. The calibre of Albo’s leadership is on trial.

Respected AFR political editor, Phillip Coorey, says Joel isn’t the only one in his party wanting a more ‘sellable’ climate change policy. But Albo is caught between the lefties tribe, who ‘know’ they’re right and think the majority of Australians need to be led to a more enlightened policy on energy, coal mining and emissions.

The right of the party isn’t in the ascendency and don’t have the sway in Labor, but they think their left-wing, committed climate changers are descending into electoral doom again with the majority of voters, unless the pitch improves.

It comes as Labor is trying to shame the PM for currently not committing to net zero emissions by 2050.

The likes of Joel and his supporters know that if ScoMo plays a slow game on this subject, he’ll only annoy the people in the left tribe, who hate him anyway. And they really do ‘hate’ professionally.

That doesn’t surprise me because when I was a younger uni student and even sceptical academic, I could ‘hate’ with the best of them. Sir Joh Bjelke Petersen and Malcolm Fraser weren’t on my Christmas card list, though I have to say I’ve never sent Christmas cards!

Ironically as Malcolm became the hope for the hometown for lefties in later life, I’d drifted more to the centre.

I first became a swinging voter when I became an economics/political commentator in major newspapers and for radio, as well as TV networks. I once thought swingers were self-interested, hip-pocket-driven voters. I’ve learnt that some are but others simply look for a good leader with a good set of policies.

And that’s Labor’s current problem: their policies appeal to a smaller group of voters and Joel is saying if we don’t change them, we’ll be cooked, and he blames the climate change stance.

And Albo’s response to the Biden win and the recent Queensland victory for Labor, linking both to their climate change policy, made Joel blow off some real steam.

One Labor source said it was one of the worst Labor slanging matches ever, and it was up against some pretty impressive alternatives blues!

“I wasn't prepared to allow the Cheesecloth Brigade in the caucus to use Biden’s win to argue for even more ambitious climate change policy, an ambitious policy which was going to cost us another election and therefore deny us the ability to deliver for the many people who are depending on us to give voice to their aspirations to pay that mortgage, to feed the kids, et cetera,” Joel said.

Coorey says a source told him: “About one quarter of the caucus supports Fitzgibbon, another quarter supports his views but not his methods, while the remaining half ‘hates him’.”

And ‘hate’ isn’t helping Labor but it runs long and deep in the party. And they’ll need to feel the love if they want to knock ScoMo off, who in the October 8 Newspoll holds a commanding lead over Albo as preferred prime minister by a margin of 58 points to 29 points.

Back in December 2006, Kevin Rudd saw Kim Beazley off the property as Opposition leader and Joel backed that changeover, but Tanya Plibersek (as the SMH reminds us) wasn’t impressed. “They are the same geniuses who gave us Mark Latham. They’re not smart, they’re not that intelligent. They are just bitter has-beens who are infuriated by their own lack of relevance in the party or in public. Not one of them has landed a blow on the Howard government.”

Right now Tanya has to ask herself about her beloved party  and whether they appear relevant to the public with their policies.

Being right is one thing. Winning is another. Sometimes visionaries have to wait a long time for potential followers to catch up, which is electorally fatal in politics.

Coorey says the conga queue to replace Albo would include “Richard Marles, Jim Chalmers, Tanya Plibersek, Chris Bowen and Tony Burke…[but] none has the clear backing of colleagues or any single faction. At a minimum, they are positioning in the event of an election loss.”

A possible consequence of this blow up would be Albo’s shadow climate minister, Mark Butler, getting switched because his fingerprints are all over the climate pitch that has failed at two elections.

Labor does have a conundrum that they losing older and working class voters (who are tired of excessive political correctness social impositions, fights against coal and other fossil fuel businesses that threaten jobs and other policies that effectively tell traditional Labor voters to “shut up and do as you’re told because we know better”), to the Coalition.

Labor needs to become less tribal and more unified behind an agreed policy that they think they can sell to the Australian people.

In this tribal and increasingly hateful world of the Internet, some media commentators love to insult ScoMo by calling him “Scotty from Marketing”. This is a double meaning swipe at the country’s elected leader.

It says he came from a marketing career, which infers is a bit low rent for a Prime Minister. And secondly, the critics are slamming him for being all sizzle but hardly any sausage.

Happily for the PM, the majority of Australians believe he’s doing more than just marketing. And while his enemies would use their one-eye to see his efforts as “great marketing”, his supporters think he’s offering more than that.

Ironically, Labor can learn from ScoMo, Trump and the likes of Bob Hawke (Labor’s longest-serving PM), who talked about “bringing us altogether in a spirt of reconciliation.”

The fact I can remember that shows how good his marketing message was. And it was memorable because it touches us as something that we actually want.

The political winners not only know what their ‘customers’ want but they even learn to educate us to want what is good for us.

Hawke and Keating did it with deregulation, reduced protection, better industrial relations policies and microeconomic reform. John Howard and Peter Costello ‘sold’ us the once thought “unsellable” GST. If Labor wants us to buy their climate change policy, they better either change it or do a better job educating Australians to want it. And along the way the party needs to get into a nationally more acceptable loving tribe. If they don’t “Scotty from Australia” will be in for a long time.

Should you smash your mortgage or build your super? Read my recent Switzer Daily story to find out the answer!