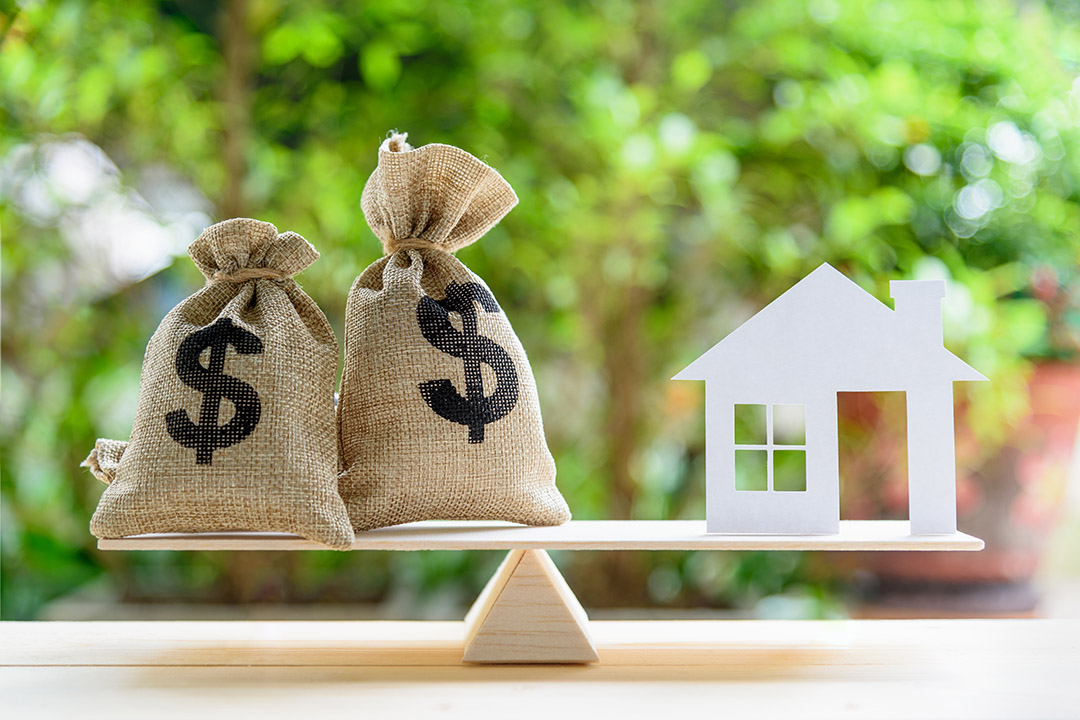 Should you smash your mortgage or build your super?

With interest rates historically or even possibly hysterically low, I’ve been asked by readers, fellow tweeters and LinkedIn followers this question: is someone well-advised to pay down their mortgage or pump up their super?

Low interest rates, such as variable home loan rates at 1.9%, look unbelievable, but this positive comes with term deposit rates under 1%. Meanwhile, good super funds will more than likely average 6-7% over the next year and beyond.

To young people I’d say: “smash your home loan”, if your job or business is safe. For older people (high forties and above), knowing they need to turbo charge their super, getting more in super would be my best tip.

I don’t like leaving my wealth-building to too much guessing, so I asked one of my financial planners, Chris Fitzgerald (who’s both a planner and chartered accountant) to do the numbers. It’s great to have a well-qualified team who can help me look even smarter than I am! That said, I always advise that if you want to succeed, you have to have a great support network around you and it’s really smart to recruit people who add to your overall strength.

That’s why the best footie coaches in the world have great support coaches, physios, sports psychologists and even dieticians to get the best results.

The question I shot over to Chris was: “Given current interest rates, should someone pay off their home loan or pile more into their super funds?”

“Most clients still stick to conventional wisdom to pay down your loan before focusing on additional payments into super,” he suggests. “Many remember when interest rates were 18%, or at least around the long term average of 7%. And when rates were so high it made sense to pay down your tax non deductible home loan, even if it was with after tax money.”

In those days you could really ramp up your super after age 50 because you could make tax deductible contributions as much as $100,000! The attitude was to get your home loan under control first and then work on retirement savings.

“With  interest rates around 2.5% or lower for the foreseeable future, the maths on this choice has changed significantly,” Chris explains. “The government also only allows  $25,000 of tax-effective super contributions regardless of your age, so playing ‘catch up’ later is difficult unless you get some lucky windfall so you can make non-concessional contributions, which can be up to $100,000 a year. There’s a rule that you can put three-year’s worth in one go (that’s $300,000) but you then can’t do any more of these types of contributions for three years. And anyway, who gets to see big windfalls like that?

Nowadays it makes more sense to start chipping away at both goals earlier in life.  Provided you have enough emergency funds and are on track to pay the home loan by retirement, we would encourage the maximising of super with any additional cash.

In the long term, most super funds should comfortably outperform the 2.5% after tax return (the approximate current average interest rate) you would get on additional home loan payments.  The argument is even more compelling if the loan is a tax deductible investment loan.  However, the increased returns are mostly derived from the reduced tax rate you get from sending the money to super.

The other directs it to Super, where the investable amount would be $8,500 after the Super contributions tax.

The difference of 39% is effectively a ‘bonus’ that the tax man provides on day one.  (This ‘bonus’ is 60% if on the top tax bracket).

Chris put the numbers into his computer model to find the compounding effect over a 20-year period. For employee A, the home loan will be $170,000 lower but Employee B will have $340,000 or 100% more inside Super!

(I have assumed home loan interest rates of 2.5% and Super Growth rates of 6.5% for a balanced fund.)

If we assume interest rates average 5% over the time period, the home loan will be $229,000 lower. But if interest rates rise, then the likely return from super will also rise.

Chris says the model implies that rates would have to be over 8% for the ‘paying off the home loan’ option to be the better choice.

Once retired, the super-builder could use the increased super amounts to retire the same amount of home loan debt.

The case for prioritising super is even greater should you expect to downsize or receive an inheritance in order to pay down a loan, as is often the case. “It would be a shame to miss out on years of tax savings if the home is not going to be a concern when you stop working,” Chris said. “It may even make sense to ‘redraw’ on the loan to make concessional Super contributions.

Most clients, who have a home and loan have a mindset of getting on top of a loan early but the same attitude should be applied to retirement savings.  With prevailing interest rates, the tax effective compounding returns of the latter is likely to be far greater.

One final point. For a younger person, say in their 20s, 30s and early 40s, paying off the house with a redraw facility makes a lot of practical lifestyle sense. Younger people need to have access to savings for lots of reasons and saving inside paying off a loan is tax-effective on a principal property. And being able to draw money back when needed can not only improve a family’s material life, it can even provide investment opportunities.

I know some people use redraw money from their loan to invest in stocks when the stock market goes crazy, mad into sell-off mode. The beauty of borrowing from yourself via a redraw facility is that you will never give yourself a margin call that a bank could make if they think you’ve invested badly!

One final warning. Don’t use an offset account for doing investments as it is not tax deductible and you could end up in a battle with the tax office that you will lose.