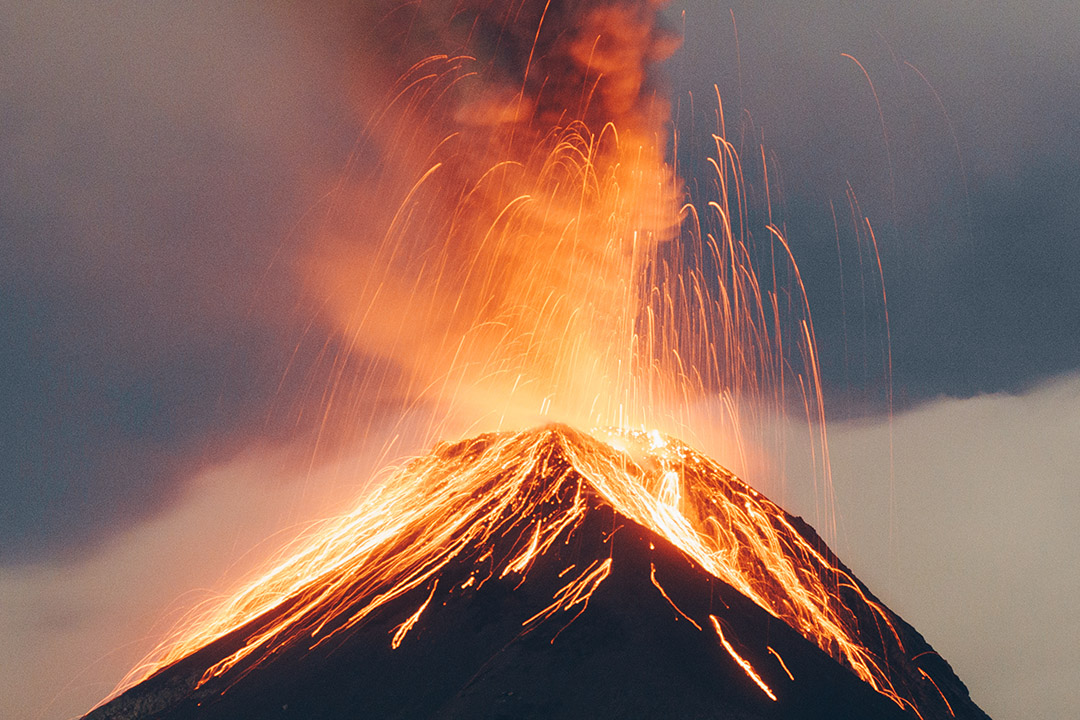 We’re sitting on a house price volcano and it’s exploding!

We’re sitting on a house price volcano that’s about to blow sky high and Reserve Bank boss, Dr Phil Lowe, isn’t going to do a single thing to plug it!

In fact, everything he says indicates he wants a house price spike! His prediction last week that the official cash rate (and therefore home loan interest rates) is on hold until 2024 proves he wants house-buyers to go crazy. And they are.

A mate of mine who had fights with his council to renovate his old home, finally got sick of fighting and went out and bought a home in another suburb and council, so he could get what he needed for his family.

He took the gamble to buy first and decided to wait and sell but the wait was worth it, with the current house price boom netting him an extra million on a $5 million property!

That pain-in-the neck building inspector deserves a Christmas card from my mate!

And these good stories for home sellers have gone national, with the AFR reporting four out of five homes sold in past week at auctions. That’s a national capital city clearance rate of 80%, but the actual clearance rate was 83.8%!

In only April last year, the clearance rate plumbed to record lows of 36%. This shows what historic low interest rates, $213.7 billion worth of budget stimulus and one of the best Coronavirus-fighting performances in the world can create.

Sales this strong always lead to house price rises. How could it not, with Sydney’s clearance rate at a big 89%. But Canberra topped that with a 92.7% clearance rate!

You don’t have to be an economist to work out why sales and prices are going nuts, but, in case you need reminding, record low interest rates, all that stimulus and the reducing threat from the virus all are working to drive house prices up.

If Dr Phil is right in saying that the first interest rate rise won’t be until 2024, house price rises are here to stay, unless APRA (the Australian Prudential Regulation Authority) tells lenders to cut back lending, like they did in 2015.

In this week’s Switzer TV Property, my experts looked at how the predicted 30% rise in house prices in three years could be stopped. And while most expected it wouldn’t be derailed, APRA was seen as the main threat to house price growth.

But for now, Dr Phil is doing his best to keep house prices rising and to pump up consumer confidence, which helps spending, economic growth and job creation.

And he added to his help for house prices last week when he told a Parliamentary Committee that decent pay rises won’t show up until 2025! This revelation led Westpac’s chief economist, Bill Evans, to suggest that if Dr Phil is right about pay rises, then the first interest rate rise won’t happen until after 2024!

Wage rises lead inflation, and inflation forces central banks (like the RBA) to raise rates. But just imagine what will happen to house prices if Dr Phil’s and Bill’s predictions turns out to be true!

House prices could rise by more than 30% in three years, which could lead to a huge bust when interest rates rise quicker than expected.

I believe he like a footie coach who might use exaggeration to inspire his/her team to outperform. Sometimes you have to ‘gild the lily’ to encourage people, or you might use fear to get a better showing out of a team or an individual.

There are good reasons to believe that our economy (which is already outperforming most of our Western rivals) will really be strong this year and next, especially if we can sort out our differences with China. That said, looking at our trade numbers last week, it was good to see Wine Australia reported that the value of Australian wine exports fell by 1% to $2.89 billion in December from a year ago, but the value of exports to Europe surged 22% to a decade high of $704 million. And there was a 0.5% lift in export volumes to 747 million litres, driven by a 19% lift in UK volumes to 266 million litres – the biggest destination by volumes.

I believe Dr Phil wants to be wrong and is telling us how tough things might be to keep pressure on the governments of Australia to not take away stimulus too quickly.

If they don’t, the Oz economy could do so well that inflation will rise nicely at the end of this year and into 2022. Maybe interest rates could rise before 2024/2025!

Sure Phil will look like a dud predictor but he will be seen as a great economic manager with unemployment falling, wages rising, economic growth strong and interest rates rising, albeit slowly, in an economy that looks remarkably like one of the best in the world! I think Dr Phil and the rest of us could live with that.