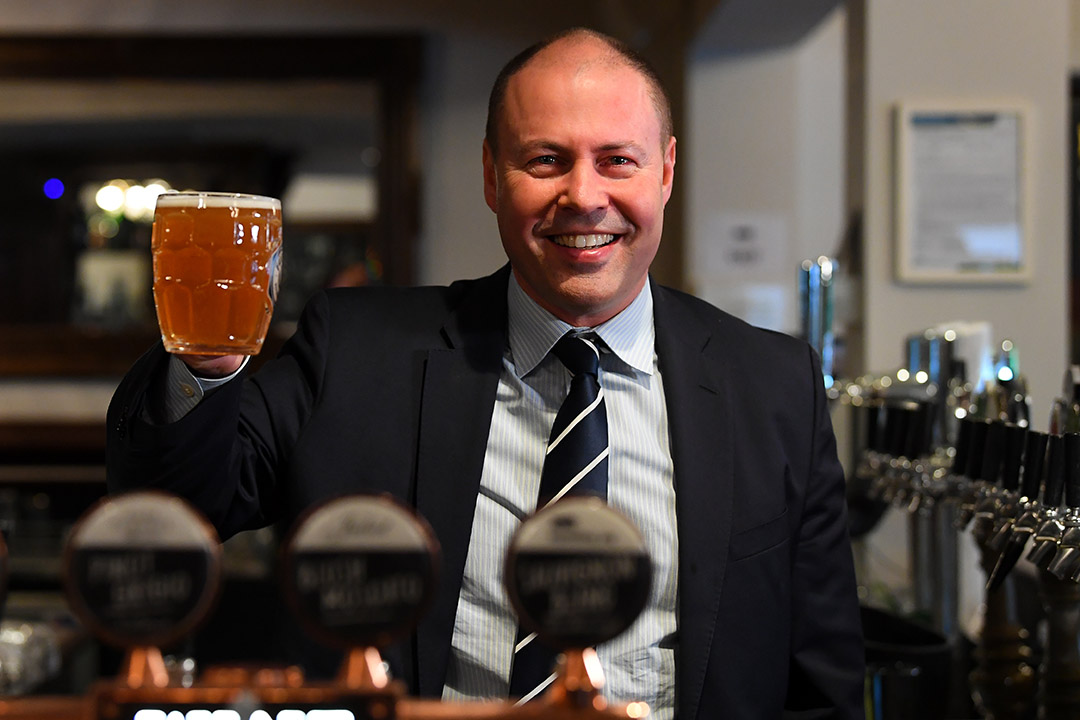 Want to save cafes and restaurants, Josh? Bring back the long tax-deductible lunch!

The Australian newspaper broke the story that the Government is set to pay SME employers to take on new workers, and it comes as both JobKeeper and JobSeeker get reduced after this week. Treasurer Frydenberg is expected to dangle cash back offerings to employers to take on extra staff. We don’t know the details but if an employer takes on a new employee, who’ll clearly receive a wage, the Government will effectively stump up a cashback offer!

How much we don’t know but that’s the ‘thrill’ of waiting for the Budget. (We economists are easily excited!)

This initiative would add more economic growth grunt to the tax cuts that are also expected but, importantly, the current income support programmes (JobKeeper and JobSeeker) would be replaced by a jobs and wages substitute. JobKeeper payments will fall to $1,200 a fortnight for full-time workers and $750 for part-time employees from September 28, and to $1,000 and $600 ­res­pectively in January.

This cash incentive to employ will not only turn the fiscal cliff (which the economy would fall over into a deeper recession) into nothing more than a bit of a slope if a vaccine shows up ASAP, we could see 2021 as a boom year  (see my story on what an economic gamechanger a vaccine would be).

And getting growth is the huge gamble for the Morrison Government because without it, this wage/job incentive idea will only work in the short term. Bosses will need to see actual business to justify keeping on any new employees created by this innovative program.

The Treasurer has to be over the moon with last week’s unemployment number, where we saw a fall from 7.5% to 6.8%. While this fall was a bonus, the Government can’t be complacent.

That’s why I’d love to see some fiscal encouragement to bring back the long lunch.

Most normal people can’t believe how the fringe benefit tax is calculated.

Imagine you take a great staff member out to lunch to reward them for fantastic work or to discuss a new employment strategy. If the meal came to $200, because you’re forced to pay fringe benefits tax (FBT), you’d have to work out the grossed up taxable value of the benefit. The ATO website tells me that this is “the gross salary the employee would have to earn at the highest tax rate, plus the Medicare levy to buy the benefit after paying tax!

If ever there was a case to simplify a tax, this is the one. But dismantling FBT could be a job for the Treasurer in 2022. For 2021, let the country go out to lunch and claim the event as a tax deduction, with no FBT, like it used to be before Keating played The Grinch.

To be fair, there was a lot of exploitation of that deduction but it helped the growth of restaurants and the related job creation. After 2020, the entire hospitality sector needs an artificial shot-in-the-arm to rescue businesses possibly now on death row.

By the way, last week the NSW Treasurer Dominic Perrottet and Sydney Lord Mayor Clover Moore met with restaurant entrepreneurs Luke Mangan, Neil Perry and Justin Hemmes, among others, to work out how to resuscitate Sydney’s CBD hospitality sector.

The politicians impressed the attendees, accepting good ideas to bring people back to the city. And Clover’s decision to get it all going by November went over well.

Dominic could do well to suspend payroll tax collections for 2021 for the sector and Josh could weave his magic with the FBT! When is someone going to realise how much business is actually done over a meal (even if it was capped to discourage the expensive French champagne drinkers)?