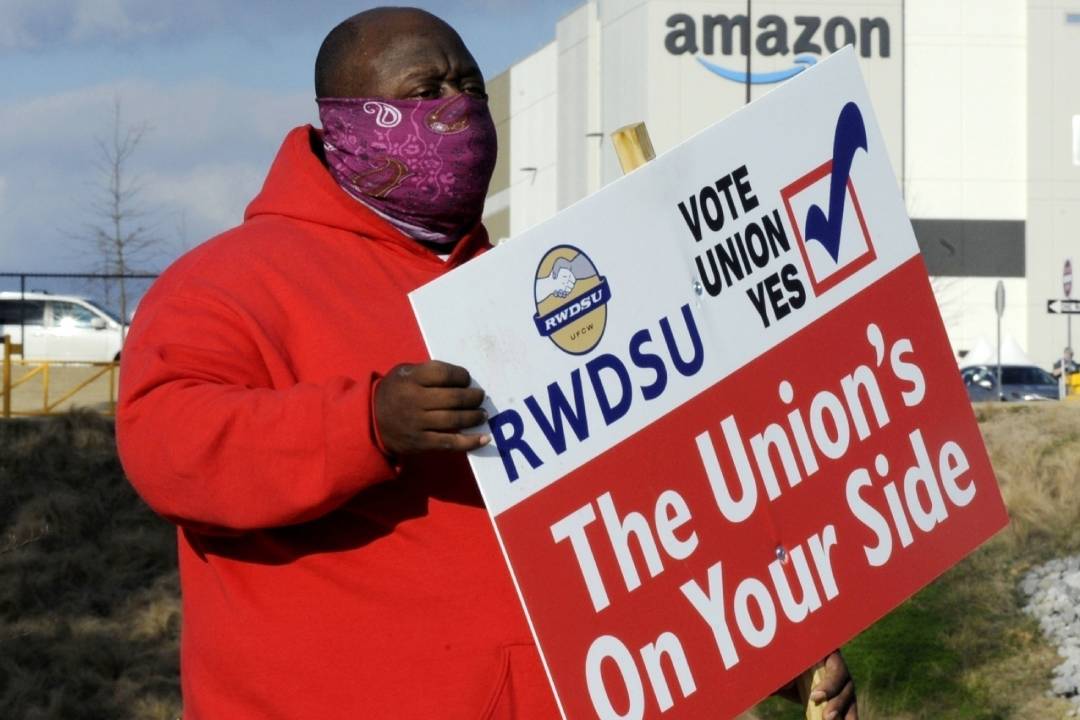 Call me unobservant but for the life of me I haven’t seen anyone covering the stress that employers have endured because of the Coronavirus hit to their businesses. Some who’ve never owned a business think that JobKeeper made life easy for bosses. Undoubtedly, it softened the blow of the government-imposed recession to fight the virus but it only made paying, as well as keeping staff, easier.

Heaps of businesses kept their workers, paid the usual wage with part-help from JobKeeper but the business still experienced a big slug to its revenue and profit.

Many businesses wore losses so the news that unions are pushing for pay increases could be the straw that breaks the camel’s back.

Don’t get me wrong, there have been a lot of Aussies suffering because of Covid-19. The list includes students and kids generally, who not only lost education opportunities but important links with their friends. Then there were the parents trying to juggle their jobs and their children’s education online, on top of their mental states.

And there were live-alone individuals, who were locked up in isolation in heavily locked down LGAs. But the mental health of job-creators called bosses deserves recognition.

They’ve had to learn how to do their business online using Zoom and Microsoft teams, which not only has challenged productivity but also their cost base. They’ve had to make outlays to make their workplaces safe and the new Coronavirus world has meant events have been cancelled, face-to-face revenue-earning meetings have been lost and there’s been battles with landlords for lower rents. And these landlords themselves have been forced to accept lower revenue because of the work-from-home trend, which has even ripped away some of the capital value of their assets.

And now the unions think a little more pressure should be applied for wage rises.

The Australian’s Ewin Hannan has outlined what the unions want, and for those businesses struggling in a pandemic-infected world, it could push a lot of businesses over the brink, into collapse or simply an exit from the game.

“Employers have warned increased industrial action by unions in pursuit of 'unsustainable' wage claims would threaten jobs and 'cripple' businesses as they emerged from the pandemic,” Hannan writes today. “Key unions have vowed to pursue 'significant' annual pay rises of at least 3 per cent in 2022, declaring frustrated workers were 'itching' to strike in support of new wage claims.”

Unions think most bosses can pay and that an “overdue” big pay correction is necessary.

Sure, some businesses have done well out of the pandemic with retailers, who saw money once spent overseas by tourists channelled into local purchases. But what about CBD businesses that have lost huge numbers of workers.

In November last year, The Age reported that “A national survey of tenants at $11 billion ASX-listed office landlord Dexus, which owns and manages premium towers like 80 Collin Street in Melbourne, shows most are banking on up to 80 per cent of their workforce being back in the office by February”.

That means office workers in the CBD are a lot less than say 80% right now, and Omicron hasn’t helped the expected return of some workers to the workplace.

A survey of 131 organisations representing more than 630,000 workers across Australia, produced by urban think tank the Committee for Sydney, found that 51% expected workers to be in the office for just three days in the future.

Only 7% responded saying they expected a full five-day return to the office and another 13% expected workers to be in the office for two days, while 23% said they anticipated workers on site four days per week. (7news.com.au)

These expected returning workers now have Omicron in their way and will delay the new working model that employers will have to learn to make work.

Australian Industry Group chief executive Innes Willox says data from the Australian Bureau of Statistics on industry-level shows many businesses have struggled, while others were profitable.

“During the recovery from the pandemic it is important that wage increases are moderate and sustainable,” he told The Australian. “The last two years for most businesses have been very tough and it is not in anyone’s interests for there to be an outbreak of unsustainable wage claims and associated industrial action. Such actions threaten jobs and business viability. It is time for everyone to pull together to support the recovery rather than unions seeing an opportunity to make unsustainable wage claims.”

Inevitably, unions have to do their job and fight for pay increases for their members but in 2022, with Omicron delaying the start of the expected boom for the economy, it just makes more sense that the push on wages should more be for next year.

And sure, cafes in the suburbs might be able to pay higher wages with queues for coffee each morning and all day showing how spending that once might have been in the CBD has now been directed to where workers work — in their homes.

But on the flipside, for employers in the CBD and owners of restaurants and pubs, lacking customers after two years of lockdowns and the loss of the tourism trade, the last thing they want to contemplate is a pay rise this year.

The mental condition of job creators called bosses or employers, who might have their house on the line, could’ve had kids at home trying to learn or babies testing out their lungs crying, a new curveball of a higher wage bill could simply see them do a Roberta Duran, who while boxing Sugar Ray Leonard, exclaimed “No Mas!”. And if your Spanish isn't real hot, that translates to “no more.”

On voting, is it really the economy, stupid?
Billions of dollars in human intellectual capital about to be wasted away!
Women to rescue the Australian economy
$63 billion in loans up for grabs as SMEs shun major banks
Merging BHP’s petroleum assets with Woodside – what shareholders need to know