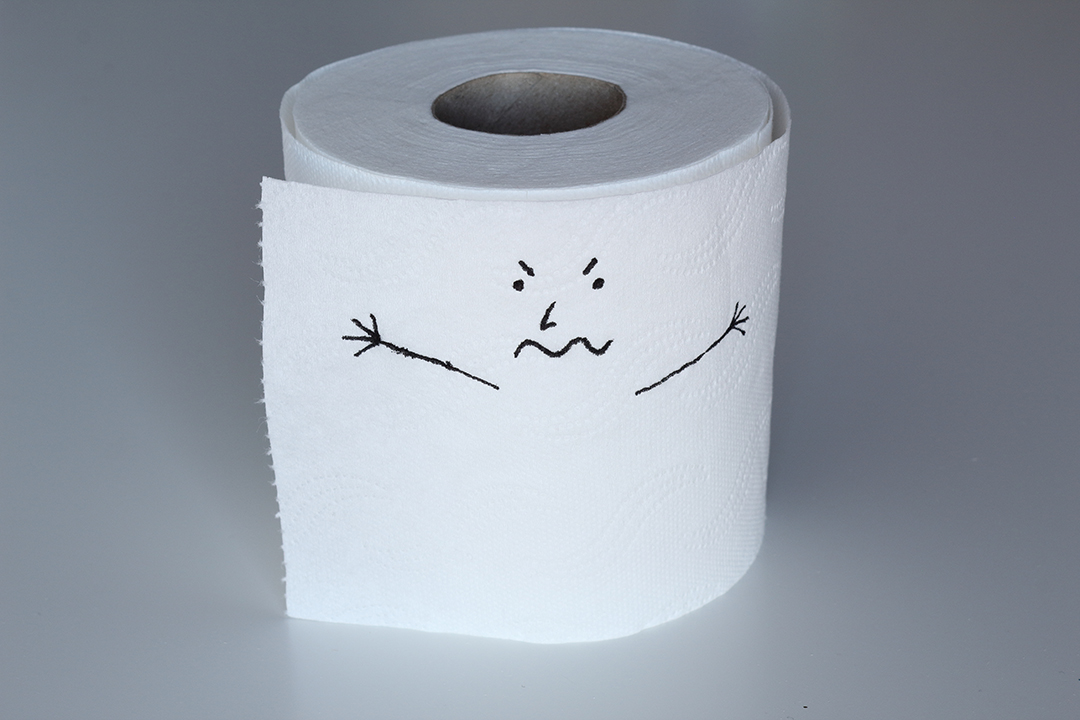 Toilet paper fear is giving me the shits. Excuse the French.

As toilet paper wars are being acted out in the supermarket battlegrounds of ‘Loony Tunes’ Australia, it’s time someone like me got to grips with the value and problem of a ‘little’ pesky thing called FEAR!

In my media-based market and economic-explaining function over 30 plus years, I’ve often used that famous advice on fear from Franklin D. Roosevelt that: “The only thing we have to fear is fear itself.”

I’ve used it when stock markets have crashed. In my 30 plus years, there have been three stock market crashes — 1987, 2000 and 2008 — and a few big corrections that created the fear and loathing of a crash, for example in the second-half of 2018, but the real stock-killing events were reasonably spaced.

History and experience tells me that the rule of thumb that the stock market’s index returns about 10% per annum over a 10-year period, despite some big, bad annual fear events, means it actually pays to be optimistic and happy, rather than pessimistic and fearful.

I reminded you last week that one of the greatest investors of all time, Warren Buffet, uses fear to get rich! In the depths of the GFC fear and loathing, he gave us this pearler: “Be fearful when others a greedy and greedy when others are fearful.”

This is just another take on how being a contrarian can be rewarding in so many walks of life. Edward de Bono has been advising those wise enough to listen, that “thinking outside the square” and “lateral thinking” is at the heart of those high achievers out there. That’s exactly what he’s told me when I’ve interviewed him on two separate occasions.

Beating fears are important to success, and even using it can be good for some people who need inspiration to go to the next level. In the modern context we have even created an acronym called FOMO — fear of missing out — which became a driver when a lot of people probably paid too much for real estate in 2016 and 2017, before house prices slumped about 15% in Sydney and Melbourne, before the most recent bounceback.

Having no fear can be dangerous. Steve Irwin learnt that the hard way with his encounter with a damn stingray, but he was always taking on fearful challenges that most of us would have avoided like the Coronavirus! Ditto for the 800 people who climb Everest this year; Stats say 11 will be forcing their families to their funerals!

I understand that thrill-seekers have to do what they have to do, but in so many aspects of life where more manageable risks are involved, too many of us play a too safe game and lose out as a consequence.

I’ve been copping a post-GFC bagging from stock market doubters, Fed and RBA doubters, economy doubters, house price doubters, now for over 10 years and most of these critics were big believers in fear. I’ve tagged them as ‘doomsday merchants’ and many don’t like it, but their preoccupation with the inevitable market crash and job-killing recession has hurt more than what a collapse of markets and economies is likely to deliver.

I say “likely” because a Great Depression Mk II is possible, and that’s when the DD gang would have the last laugh.

As an economist, I can’t rule this possibility out, but I’m prepared to gamble on the power of central banks, global governments and other market-influencing forces to avoid the kinds of craziness that made the Great Depression of the 1930s worse than it had to be.

What craziness? Governments of the world thought it was a great idea to be responsible when the Wall Street stock market crash ushered in “The Depression”, as it became known at the time, but soon UK economist J.M.Keynes and US President, Franklin D. Roosevelt, realized the solution was “spend and prosper”.

That’s why global governments this week started shouldering up to spend to offset the negatives of the Coronavirus, and I reckon my greatest fear is that timid politicians spend too little!

We are looking at a medical and economic emergency, so government spending has to fill the hole. When economic growth comes back in the second half of 2020, governments will then have to have the guts to cut spending and maybe even raise taxes, if they want to get their money houses in order.

Politicians have to deal with the fear of being criticised for over-spending, especially if their very excess spending creates better economic growth faster than expected, which could give rise to criticism from second-rate, opportunistic political rivals that they spent too much.

For Treasurers like Josh Frydenberg, this has to be a ‘think outside the square’ event and he needs to be a contrarian. I know Donald Trump has a lot of unlikeable characteristics but you have to admire his occasional gutsy, contrarian stances that have brought some laudable results.

Rocket boy in North Korea is on a shorter leash. The Taliban is talking peace! China is starting to play fair on trade and the US economy has done well, despite very sensible reasons to fear what Donald was up to.

Stock market crashes happen, but this chart above shows you over time that the market, as judged by the Dow Jones Industrial Average, keeps on rising. To cope with the vicissitudes of the stock market, as financial advisers, we put our clients into a diversified portfolio. It’s why good super funds didn’t fall by the 50% the stock market crashed by in the GFC. And some of our best funds have average 9% over a 10-year period.

Sorry, but the truth sometimes hurts and the pain of failure can be beaten by committing to learning from those who have actually mastered fear and have embraced success.