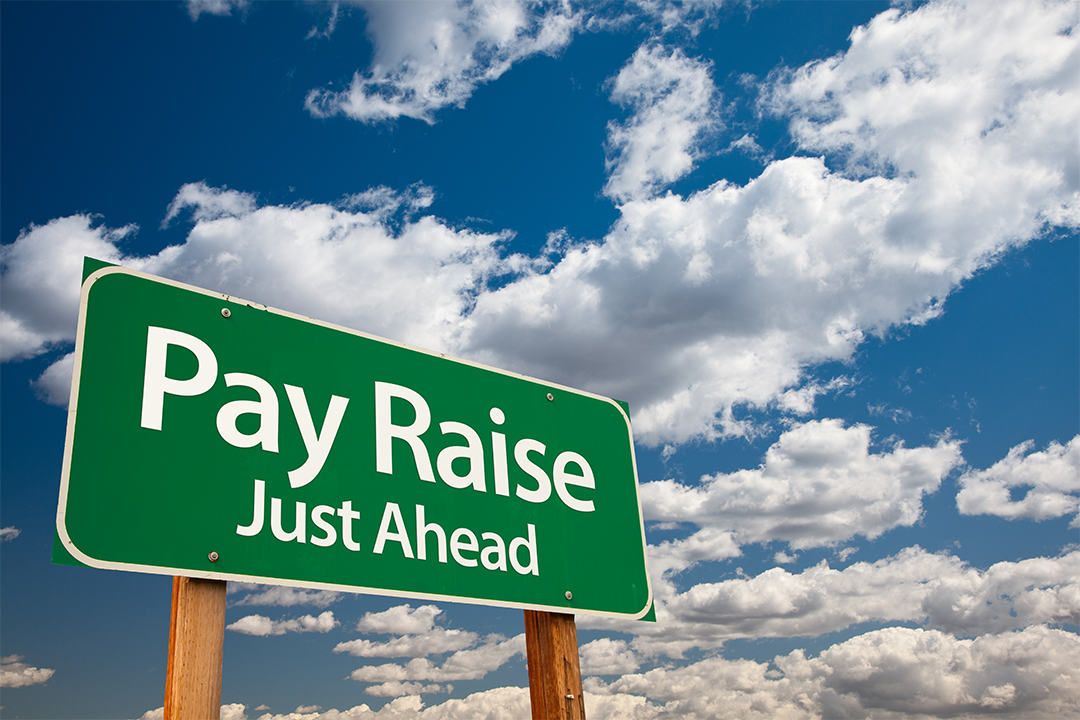 The shock and awe of the RBA’s 0.5% interest rate cut has alerted us to an important understanding - the emergency settings of key policies are no longer required.

Those settings of a 0.1% cash rate and Jobkeeper were the efforts of Josh Frydenberg and Dr Phil Lowe to help us avoid a Great Depression, where unemployment was going to 15%, which would’ve meant 2 million people out of work!

And what's the price? It’s high inflation that has to be helped down via rising interest rates, back to where it would’ve been if we’d never heard of something as cursed as the Coronavirus!

Potentially making Dr Phil’s and Treasurer Dr Jim Chalmers' job more challenging is a looming wage war explained by the Hays Salary Guide, which, according to the AFR, has found that 90% of bosses plan to make pay rises. That’s the biggest number in the 46-year history of this recruitment firm’s look at our labour market.

This coincides with a talent war, as employers look for staff with about half-a-million former foreign workers yet to come back to Australia following the perils of the pandemic.

Here are some of the big revelations from the Hays Salary Guide:

1. A third of bosses say they’ll raise pay by more than 3% but two-thirds won’t!

2. 84% of workers think their talent means they should get a pay rise greater than 3%!

3. This could lead to a wage war, exiting staff, bosses looking overseas for other cheaper workers, and it could even mean strikes!

4. Employees in banking, manufacturing, construction, technology and engineering could be set for the biggest pay rise because this is where the biggest shortages are right now.

5. Happily, 61% of employers want to hire more people, which is a good sign for the economy.

This spells a potential wage war is looming and the demand for more pay will be backed by many employees, given the surprise 0.5% jump in the cash rate, hot on the heels of the 0.25% rise in May, on top of the relentless rise in petrol prices, thanks to Vladimir Putin.

So what are the big watches that could have a big impact on inflation, the overall economy and the stock market?

1. The biggie would be an end to the Ukraine war but that doesn’t look likely any time soon.

5. The improvement of the Chinese economy following the ending of lockdowns and the drive to stimulate the economy.

6. The US CPI out on Friday this week.

As the RBA boss’s notes said when he hiked rates by 0.5% this week, his Board will be watching the data. If inflation looks to be slowing, then all the scary interest rate rises tipped by some economists will prove to be wrong.

These people are well-trained but this is an unusual real world made very different because of the pandemic, the never-believed-could-happen lockdowns, the excessively generous government and RBA policies and the unique kind of inflation that has resulted, influenced by Putin and China’s zero-tolerance policy to Covid infections.

If anyone tries to tell you that it’s foolish to argue that "this time it’s different”, tell them they’re idiots! This time it is different. Dr Phil Lowe, the RBA, Dr Jim Chalmers, Treasury, the IMF, the OECD and everyone, including the White House, are flying blind. Given that I hope our wage war is contained because the higher inflation goes (thanks to a big wage push), the higher interest rates will go.

And that could get ugly for home loan borrowers and job-seekers.

Men to get 20 weeks parental leave?
Who should the ACCC protect: you, the consumer or farmers and small businesses?
How COVID-19 has changed the future of business events
Google to ban ad scam merchants at last
Green crusading billionaires making stock investing tricky