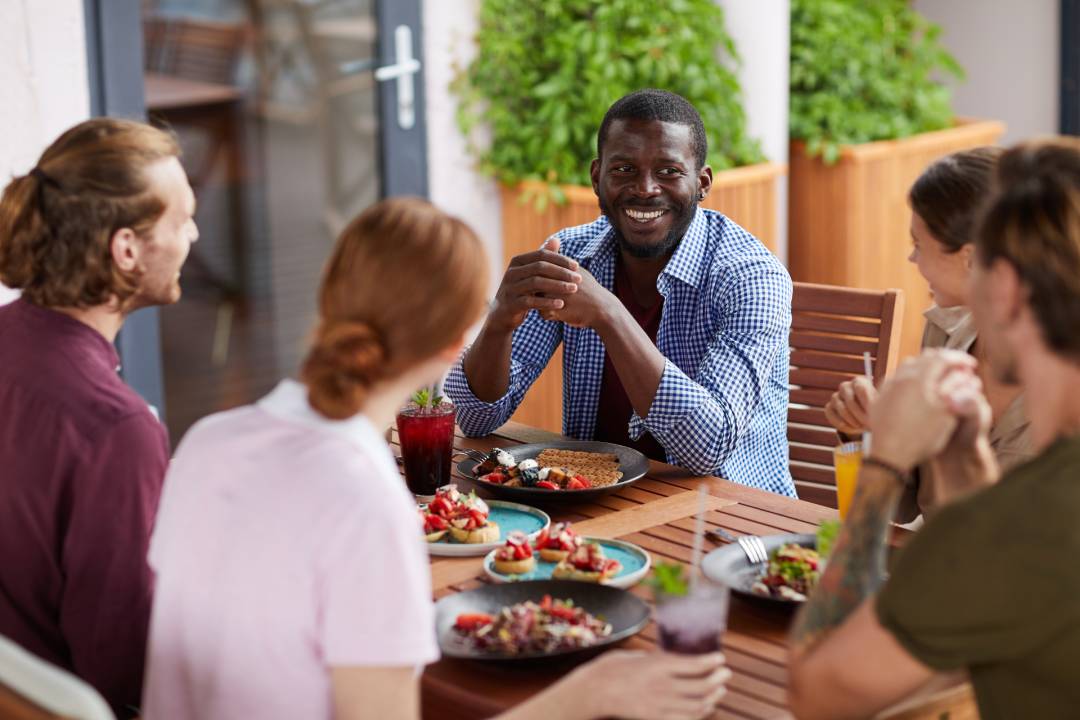 Sydney is out to the longest long lunch ever!

When I wrote my book 350 Ways to Grow Your Small Business, there was one standout 'way' that explained the success of any of the founders. Yep, among the 350 ways, the most common characteristic was that the founder thought outside the square.

And as Channel 10 covered a news story that explained how Sydneysiders are starting to come back to work in offices, it’s good to see the new NSW Premier Perrottet thinking outside the square in supporting the city’s “longest lunch” ever!

The date for the nosh-up is today. The location is George Street outside Sydney’s Queen Victoria Building. The tables are expected to be as long as five and a half Olympic pools! And as I’ve done thousands of laps in my time, that’s 302.5 metres of tables!

It comes at the right time, with Christmas shopping ramping up, with Australians holding big lumps of cash in their bank accounts. This weeks’ national accounts showed the household saving rate has gone from 11.8% to 19.8%, taking the household gross disposable income rate up 4.6% – the strongest pace in 13 years.

And as the 10 news report pointed out: “In Sydney CBD towers, the occupancy rate has tripled from 8% in October to 23% in November according to the Property Council of Australia.”

Three weeks ago a coffee shop owner in the Sydney CBD building, where my Switzer Financial Group office is, told me she was back to less than 30% business. Then a week ago she said, “it’s getting better” but it’s quieter on Mondays and Fridays! I know that because driving home after work is easier on those days but Tuesday to Thursday can generate the ‘f-off’ expletive when it’s car congestion out of the Eastern Distributor. (I’ve got to work on my auto-anxiety about traffic snarls because it’s a great economic indicator that the economy is heading back towards normalcy, albeit slowly.)

Luke Achterstraat from the Property Council of Australia observed that one of their surveys “revealed that two thirds of respondents expect a material increase in office occupancy over the next 90 days".

Back to the longest long lunch ever, and a month ago The Daily Telegraph’s James O'Doherty explained that “dining tables the length of five-and-a-half Olympic swimming pools sitting hundreds of diners will run down the centre of George Street next month for a long lunch to entice people into the city and show that Sydney is back”.

The food will be cooked by some of Sydney’s best chefs, and there will be entertainment from top acts to keep it all festive. “Premier Dominic Perrottet said the ‘Sydney’s Open for Lunch’ event, which will be held at four locations in Parramatta and the CBD, will turbocharge the city’s ­recovery,” O’Doherty reported. “We’re signalling to the world that Sydney is open for business and that our world-renowned lifestyle is returning,” the Premier said.

The George St gig will seat 600 people, while the Parramatta one is targeting 400 diners with chefs like Kylie Kwong and Luke Mangan cooking up a storm for what should be the start of more and more ‘outside the square’ thinking by the cities, the Premiers and the small business and tourism ministers, who need to keep coming up with ideas, initiatives and events that will breathe life back into all the country’s CBDs, which have been devastated by the Coronavirus.

With the Omicron variant hovering over all countries and economies, it’s essential that our government leaders don’t think it’s simply money that will help us get back to economic, work and life normalcy. It will be enlightened leadership, like this from Premier Perrottet and it means our political leaders need to think like entrepreneurs, who always strive to think outside the square and out-think their rivals.

Imagine what Sir Richard Branson would do if he was Premier or Tourism Minister of a state or country — he would be continually in our face, talking up the place, coming up with adventurous ideas and creating business and opportunities for consumers to spend and businesses to succeed.

This longest lunch ever is a great start but we need to see a lot, lot more from our political leaders right around the country.

And here’s a related question: “Who is Australia's and your state’s minister for tourism?”