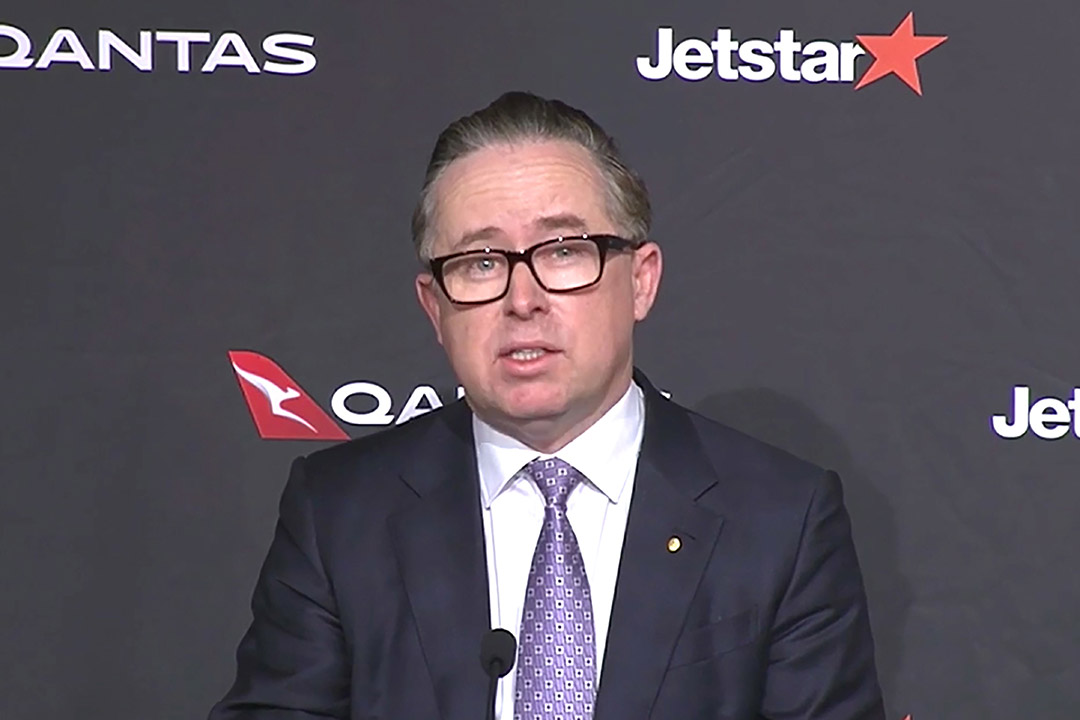 Aussies love a good nickname and Qantas boss Alan Joyce could well get “Jabber Joyce” as he took the gutsy decision to insist his 12,000-strong staff get vaccinated or they’ll have to consider whether (and I quote) “aviation is not the area for them.”

This puts him at odds with many of his colleagues at the peak big-end-of-town Business Council of Australia that wants governments to issue public health orders to back them in telling their staff that if there’s no jab, well, there’s no job!

Clearly, if any boss demanded a worker get vaccinated and that person would up sick or worse still dies, could have two big problems to contend with, on top of the emotional issue of contributing to an employee’s jab-related health tragedy.

First, is the employer covered by the business’s insurance policy? And second, imagine the potential brand damage if such an employer demand led to the death of a worker!

Alan Joyce isn’t making his demands without employee support, after a survey of his 12,000-strong team found that 75% supported compulsory vaccinations and 89% were already in the process of getting jabbed.

Like many businesses, the Qantas CEO has made it clear that the company only has “limited redeployment opportunities”, which is code for his business can’t have everyone working from home.

Other big employers in the BCA want the government to shoulder the responsibility for any potential deaths or illnesses that might result from an employer insisting on a jab for a job, so Mr Joyce’s call looks very old world.

That said, what he’s had to consider gives us an insight into the workplaces and life challenges of the future.

Like staff in medical and retirement facilities, staff on planes can’t be potential virus-carriers, so inflight staff have to be vaccinated.

And then the question is: is a vaccinated person in the general workplace less likely to infect other staff members or customers not vaccinated? Then a company, which has shareholders, has to work out how many of its staff, who are afraid of being vaccinated, can work from home before profits are affected?

The implication of this is that employers could decide to only employ those who prove they’re vaccinated and guarantee that they won’t be asking to work from home.

There also could be a growth of a new age practice where employers are actually telling those who insist on working from home that their wage will be adjusted down.

Clearly, union involvement will make these post-Coronavirus workplace innovations by both bosses and employees even more challenging, as the rights of employers and shareholders confront those of employees.

And anyone wanting governments to step up and issue public health orders better not hold their breath. It’s not hard for them to take a hard line with health workers but ordering accountants or retail workers to get jabbed isn’t going to happen.

Of course, there is an economic reason to do so, with the Prime Minister saying the vaccination rate will stop us going into recession again. The nation currently is 21% double-dose vaccinated. To kill lockdowns, we need about 80%.

Clearly, issuing public health orders and actually having plenty of Pfizer would help make this happen, but there’s a lot of ‘ifs’ and ‘buts’ in that scenario.

The Australian surveyed a number of big business bosses and most are dodging the Joyce tough call.

A Newspoll published in The Australian shows support for Prime Minister Scott Morrison’s handling of the pandemic has dropped to 48%. Labor remains in the lead over the Coalition at 53 to 47% on the two-party preferred basis.

Other business leaders like Coles chief executive Steve Cain prefer vaccination to be “a personal choice”. Tabcorp’s chief, David Attenborough, is considering incentives for its 4,000 staff to get the jab.

Unions want employers to hold fire on playing hard ball until they see the outcome of a vaccination round-table hosted by the Attorney General Michaelia Cash.