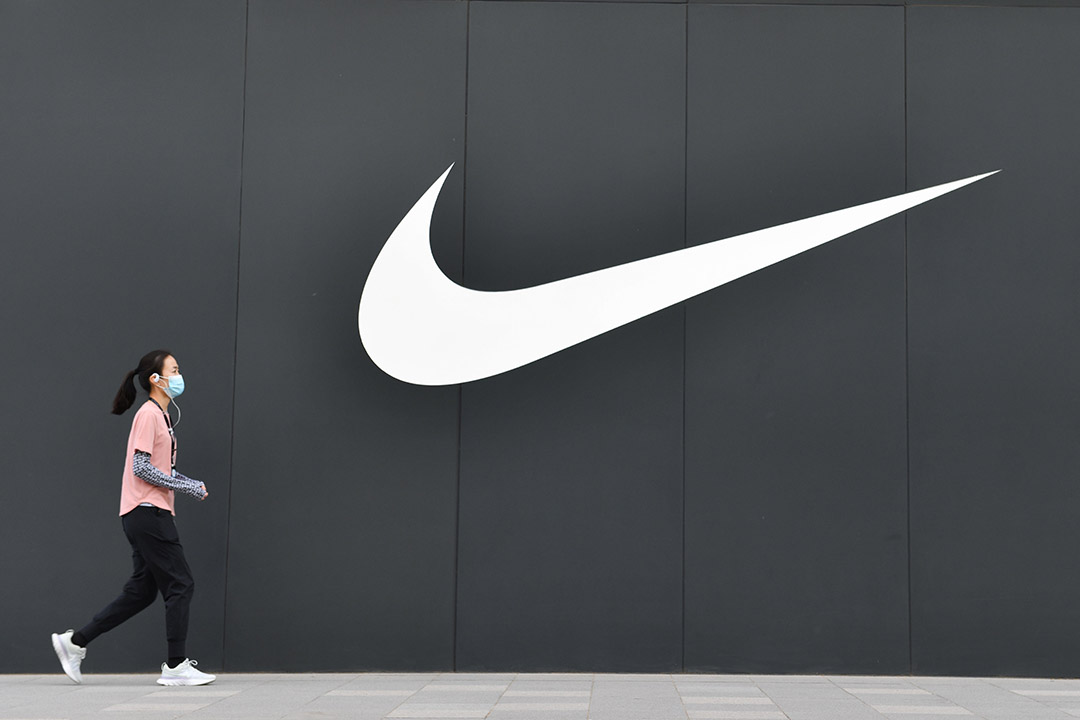 My Nike story and how it reflects bad training and leadership

Last Saturday my wife and I were staggered by a sales assistant, who really was misnamed as the following story will reveal. And the reflections that followed underlined how hopeless leadership is nowadays. Interestingly, I’m not sure if it’s the leader’s fault or those who should be the followers!

Before you take sides on my provocative proposition, hear me out and let me start with the problem we had in a Nike store.

Nike is arguably one of the best brands in the world. Anyone who wants to know the founders’ story, should read Shoe Dog. I’ve been chronicling great small business stories for decades and have effectively done an unofficial MBA by interviewing, analysing and writing stories and even books on these high-achieving business starters.

This means that I get flabbergasted when I see hopeless business stories punishing me in real life. It’s the way you feel when a big company such as a bank or foreign-based mega-company treats you, as a customer, of no consequence.

It hits even harder when such a company tells you on a ‘BS’ telephone recording that your “call is important to us…”.

Aussie Home Loans founder John Symond taught me that “a customer might forget what you might say, but they’ll never forget how you made them feel.”

Now back to the Nike store! After spending about $350 on sports gear because we can’t spend our money overseas because the world of international travel is closed down at the moment, my wife said she wanted to buy two pairs of running shoes. I guess that would’ve been another $300 or even $400 of spending. But she was shocked when she asked the sales assistant for a disposable pair of socks and was told that she should have brought her own! The assistant said because of the Coronavirus, they’d changed their sock policy. So a $400 sale was lost because that was the best the poor untrained and poorly-led sales assistant could come up with.

She didn’t even try to sell my wife some socks. In reality, she should have thrown in some cheap socks as a reward for a customer who was going to be potentially spending $700 plus! My wife was annoyed and wanted to take all the stuff already bought back for a refund but I hosed down that fire because I liked my purchases! That said, guess who’ll never do business with that store? And given my wife’s tenacity, she’s likely to be an Adidas, Puma or Asics girl for good!

In the early 1990s, US sales guru Jay Abraham taught me about the lifetime value of a customer in a simple story. He’d been hired by a Kansas factory owner to help boost his business. The guy was clearly a winner because he was paying for expert help and success.

Jay asked him what commission he paid his sales team and the answer was 10%. He then asked how long do you keep a customer and how much do you make from that relationship?

The owner said something like a couple of years and he made about $5,000 per customer.

So Jay then asked: “what’s the most important sale to you, the first, the ensuring sales or the last?”

The owner said the first because that leads to the others. So Jay said to him: “Why not give your salespeople 100% of the first sale to make them bring in more first sales?”.

The factory owner took the advice and his bottom line trebled!

I’ve told this story at conferences and recall a guy coming up to me and saying: “I could never give my sales team 100% of the first sales but I could try 50% and then promise another 50% after the 10th sale happens, which means my salespeople would stay longer with me and they’d have a reason to really look after my/their customers.

Jay said smart businessowners understand the lifetime value of a well looked after customer. The first sale is so important that that Nike sales assistant should have said: “Mam, let me give you a pair of socks.” That would’ve made my wife feel good and I wouldn’t be writing this story!

Positives multiply. So do negatives!

So why is Nike failing their staff by not training them well? Or did that sales assistant get training but refused to be led to a better place when it comes to customer care?

“Because so many young people (Millenials, Gen Z, and beyond) are only communicating via text or DM, they’re not learning vital interpersonal skills,” he argues. “Now, companies have no choice but to teach listening, effective communication, feedback, and how to have difficult conversations.”

This hard talk coming from someone who millennials have historically admired resulted in a ‘return fire’ rebuttal by Crystal Kadakia is a two-time TEDx thought leader, international keynote speaker, and author of The Millennial Myth: Transforming Misunderstanding into Workplace Breakthroughs.

Writing in The Huffington Post, Kadakia says Simon makes three mistakes in assessing millennials. First, they’re not all victims of excessive positive reinforcement and parents who over-rewarded them in a medals-for-all competitors environment.

Second, she doubts the objective fairness to start with the view that there’s something wrong with millennials and it needs to be explained.

Third, Kadakia argues that: “The third biggest mistake is that the digital immigrants [millennials] are afraid of change.”

Maybe the Nike leadership did train that sales assistant who simply ignored their training. On the other hand, the leadership might have decided that old training/leadership styles wouldn’t work with this new generation so they did no training! Or they might have encouraged the sales team to do it their own way, hoping they’d learn about customer services and we simply copped a slow learner.

BusinessAustralia.com gives us a crash course in leading millennials. Here’s a great checklist to test yourself against, if you think you’re failing as a leader of a millennial employee, team member or child:

TIPS FOR YOUR MANAGEMENT STYLE AND ATTITUDE

As I read through these great tips to lead millennials, it became apparent that what great leaders have been doing to stand out from the crowd in great businesses for decades!

When I was young, there was a movie that came out of Broadway musical called Bye, Bye Birdie and there was a hit song out of the production called “Kids”. The lyrics went like this:

Kids!
I don't know what’s wrong with these kids today
Kids!
Who can understand anything they say?
Kids!
They are disobedient, disrespectful oafs
Noisy, crazy, sloppy, lazy loafers
And while we’re on the subject:
Kids!
You can talk and talk till your face is blue
Kids!
But they still do just what they want to do
Why can't they be like we were;
Perfect in every way!
What's the matter with kids today?

So what’s the takeout message for leaders and shoppers frustrated by millennials? I suspect it is that the leaders have to lift their game, if they want to lead their followers to a better place.

When John Maxwell, author of the 21 Irrefutable Laws of Leadership, came to Australia, I MC’d him around the country and John told a great, unforgettable story. He said: “If you think you are leader in the challenging threatening wilderness that can be running a business and you turnaround and no one is following you, then you’re not a leader, you’re just going for a walk!”

Leaders like coaches lead. And if their team is losing, the coach has to take a hard look at himself or herself first.

I did a speech with AFL legendary player and coach, Stan Alves. Stan once told me he was staggered that his young players didn’t seem to do what he asked them in training and in the games. He thought their unwillingness to follow directions was their problem.

So he got his senior players together and asked them why they followed his instructions but his younger players always needed yelling at to get them to do what he wanted.

The seniors were quite honest and showed that they had learnt a lot from their time in the top grade. One player told Stan that they waited to see how he reacted to what the young players did. If he was happy, they’d copy them. But if he wasn’t happy and was barking out insults and more commands, they’d learn what he actually wanted! When you’re sailing a boat on the open seas, you have to set your sails to the prevailing wind and not the wind you’d actually want.

Should workers get pay rises?
5 top tax tips for small businesses
Raising Generation Alpha to be global leaders
Want to work from home? Then cop Big Brother
ATO crackdown on fringe benefits and how their data matching can catch you!