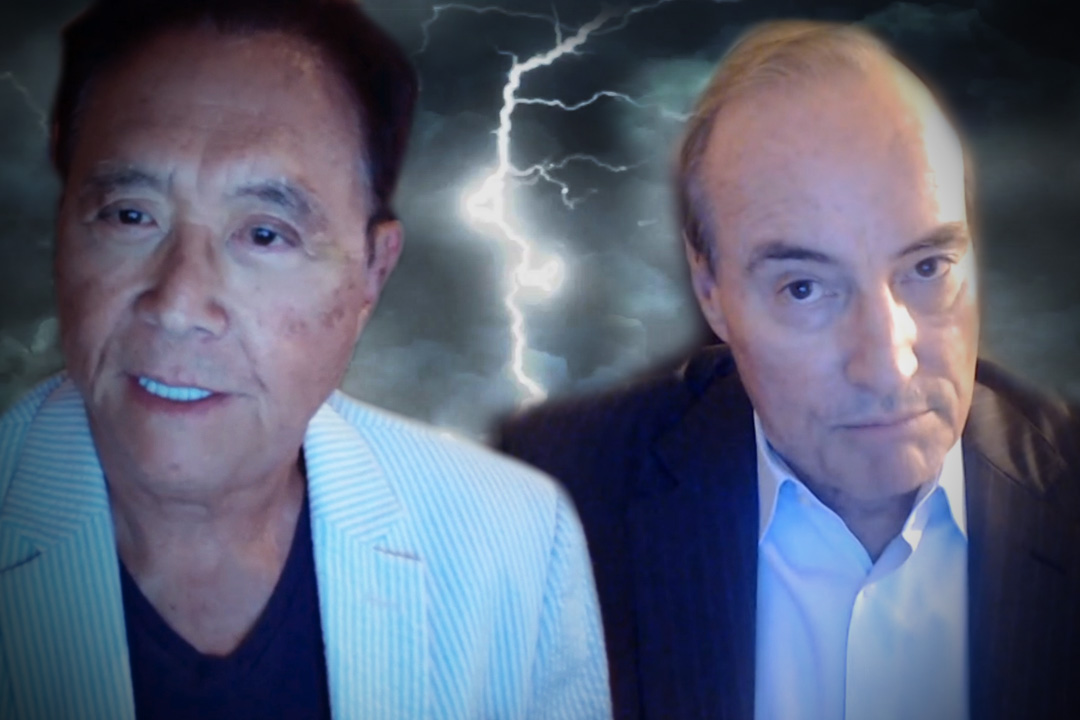 Kiyosaki and Dent say doom is coming. Does it pay to believe them?

The price of being objective and trying to be balanced means that you have to learn to deal with doomsday merchants, who I have to admit, occasionally get it right. That’s why I was prepared to interview Harry Dent this week, the author of numerous books tipping a great stock market slump like the one we recently lived through, which I’ve tagged the Coronavirus crash!

And surprisingly I copped a second dose of pessimism this week from the famous author of Rich Dad Poor Dad, Robert Kiyosaki, who also expects another serious leg down for financial markets.

Like all participants in the economic and markets debates, I afford everyone respect and it’s why I interviewed Martin North for my Switzer TV Property program this week.

Martin, the founder of Digital Finance Analytics, who once suggested on Nine’s 60 Minutes, a 40% fall in Aussie house prices was distinctly possible in 2018, which ended up being more like 12%, thinks the current pandemic, economic shutdowns will play havoc with home prices.

That’s three negative people to process, when I think we have a decent chance to get out of this very serious economic mess without enduring a depression and house price smashing. Note, I lack the certainty of the more negative ‘experts’ because economies, markets, governments and central banks can be surprisingly crafty at getting us out of serious financial jams. That said, policymakers may well be out of luck.

After 35 years commenting on these subjects in the public media domain, I’ve learnt that positivity and optimism is actually a better bet than being negative and pessimistic.

My favourite chart, which I often drag out, proves this point.

Harry Dent has written books predicting doom for a long time and only really got it to happen now because of the “China virus”, as Donald Trump calls it. Personally, we’d made a lot of our clients more defensive after the 2019 rebound of the stock market and were planning to go even more defensive before May but we were beaten by the timing of COVID-19.

In many ways, the Coronavirus was the pandemic we had to have because it brought forward a crash that probably would’ve happened in 2021. Markets always crash and the average bull market lasts about 9-10 years. This one was into its 12th year.

We also carried a lot of debt and global economic growth was not great, so we were vulnerable to Harry being eventually right. But what gets me is how we are more programmed to be impressed by doomsters, as if they are the keepers of much more wisdom, when my little blue line says buying and holding quality assets is more rewarding and therefore more wise.

Anyone who bought the argument after the GFC that property prices would fall by 40%, as was popularly canvassed by numerous experts, missed out on a huge property price boom, especially in Sydney and Melbourne between 2010 and 2017.

Apparently, from our ancestors who were always on the lookout for woolly mammoths, we are hot-wired to be on the lookout for danger. “A portion of the brain—the amygdala—screens everything for negative news. Therefore, humans are wired to pay 10 times more attention to negative news than positive news,” explained Wolfgang Fengler, the lead economist at the World Bank.

Warren Buffett has made a lifetime commitment to not being like the normal person, who can so easily fall prey to negativity. His mentor Benjamin Graham told us: "Buy when most people…including experts…are pessimistic, and sell, when they are actively optimistic."

Summing up our respect of negativity and pessimism was personal finance expert Morgan Housel, who gave us a well-considered take on why the scary forecaster commands so much attention.

“Pessimism is intellectually seductive in a way optimism only wishes it could be. Tell someone that everything will be great and they’re likely to either shrug you off or offer a skeptical eye. Tell someone they’re in danger and you have their undivided attention. Hearing that the world is going to hell is more interesting than forecasting that things will gradually get better over time, even if the latter is accurate for most people most of the time. Pessimism can be hard to distinguish from critical thinking and is often taken more seriously than optimism, which can be hard to distinguish from salesmanship and aloofness.”

I can’t be sure that there won’t be another big leg down for stocks but Harry says there will be and cites the history of the Great Depression and other crashes. Yet Buffett’s take on history is worth noting: “If past history was all that is needed to play the game of money, the richest people would be librarians.”

No one knows how the anti-pandemic economic stimulus packages will play out around the world and whether we’ll be crushed by a second-wave of infections that will close economies down again, but right now the stock market is into a range because it doesn’t know either - but it’s leaning to the positive!

Cautious investors could wait about six months and in that time they could see a great buying opportunity after another big leg down, or they could wait for another leg up driven by the best-case scenarios for the virus and the economy. Sure, they will have missed out on the first two legs up but you could pretty well bet there will be a few years of rising stocks ahead, if we get out of this Coronavirus calamity.

In 1830, historian Thomas Babington Macauley asked: “By what principle is it that when we see nothing but improvements behind us, we are to expect nothing but deterioration before us?”

That’s a really good question but I’m not sure if it will change so many of us who are heavily committed to all things negative and scary.

To finish off, I must leave you this from Mark Twain: "I've suffered a great many catastrophes in my life. Most of them never happened."

You can make money out of being negative and pessimistic but you will make more out of being positive and optimistic. That’s one history lesson that will make you and librarians richer in the long term.