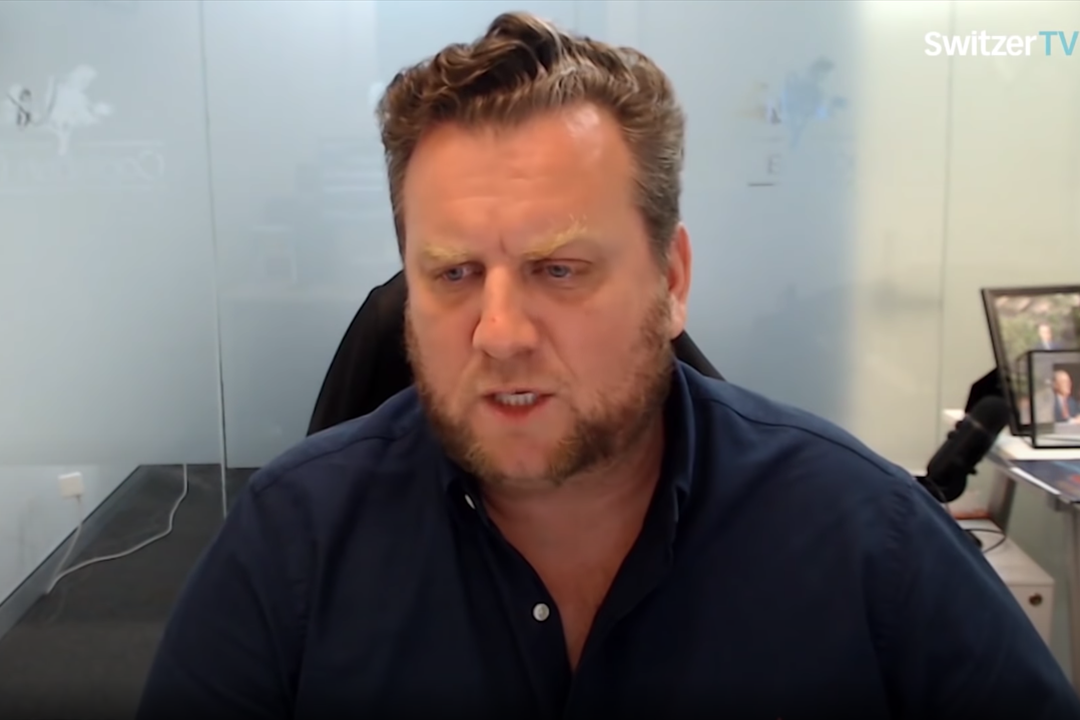 Joye to the world: property prices will rise!

Joye is a bond fund founder of Coolabah Capital and also writes in the AFR. And I’ve been interviewing him for nearly a decade. On his own admission, he’s the smartest guy in just about every room he goes into! Some unfair people could call him obnoxious or up himself (and he is) but I like him and I certainly respect his brain.

For Joy! For Joy! Chris Joye has spoken about property prices and the economy and doomsday merchants won’t like it.

He does go on but he is considered. And it’s not wise to ignore him. Early last year, he participated in my debate that we called Property Punch Up of the Century, where he took on economist John Adams, arguing against the latter’s belief that home prices could fall by 40%.

Joye was in the camp that claimed the house price fall would be more like 10%, which was proved right.

The video of the stoush has attracted 136,666 views, not bad for an economics debate hosted by yours truly. (You can watch this as well as round 2 of the Property Punch Up with Steve Keen at the end of this article).

In recent times, Joye has swung his money market research team into tracking Coronavirus infection and death data, as he argued this would be critical to the future of economies and financial markets.

Back in late February, he declared: “When all is said and done, markets will get what they want through signalling what is and is not acceptable. Order will eventually be restored. And this crisis will pass, probably within one or two months. Those that survive will face the investment opportunity of a life-time.”

At the time, the epidemiologists were tipping infection and death rates would peak in June or July. Chris argued that if that turned out to be true, it would create the conditions for a depression!

Against that, based on his close monitoring of the day-to-day data, he predicted that the peak would be in April, with Australia leading the way over Europe and the USA.

In an interview for my Switzer TV Property programme, Chris says the PM is now talking exiting many restrictions within three weeks. And the quicker the reduction in the lockdowns, the better it will be for our housing market.

He points out that Sydney house prices continued rising in Feb and March and only flattened in April. Melbourne only showed a small fall in April — but he says the restrictions in Victoria were the harshest in the country. Meanwhile, Brisbane saw increased prices over February, March and April!

He suggested that if his team is right and the PM exits rapidly over May, it will lead to a “new normal”, which means that economic growth will be higher than was once tipped, when we started to panic about the Coronavirus and the containment policies that closed down the place.

Chris says the “mother of all fiscal packages” and the RBA’s support for money markets will underpin a much better economy than was tipped — and this will flow through to the housing sector.

He says the fact that “there is no sign of forced selling” is a good omen, as the opposite would be a “precondition for a big drawdown in house prices.”

Consistent with his favourable outlook for house prices, his unemployment forecast is 6-7%, which is miles better than the 10% numbers that were thrown around only a month ago.

He’s expecting a boom in local tourism as international travel will be late to the economic comeback party. But he believes the huge stimulus in the pipeline will set us up for another property prices surge of 20-30% over the cycle!

That’s a huge call and will have to be consistent with a booming 2021. That said, the IMF has predicted growth of 6% plus, after a similar fall in growth in 2020.

Obviously, if the economic downturn has been exaggerated because we underestimated how quickly we could get on top of the virus, it means the stimulus will either be trimmed back (reducing the stress on debt and deficit levels) or it could mean huge stimulus will prevail next year.

Either way, it’s good for the economic and property price outlook.

And while he’s very bullish on property prices, he’s not predicting the “mother of all booms” and a 21st century re-rerun of the Roaring 20s. But he’s expecting a much more positive scenario for economic growth than was expected in early March, when some fringe lunatics in the media were pulling out Depression headlines.

Those irresponsible, click-baiters should be remembered, and ignored in the future.

For those interested, John Adams is no longer in the property price Armageddon camp — hats off to an economist who’s flexible in his forecasting. At the end of the day, trying to get it right is the name of the game for those of us who are charged with the job to read the economic tea leaves.

The Property Punch Up of the Century with Chris Joye and John Adams:

The Property Punch Up of the Century Round 2 with Chris Joye and Steve Keen: