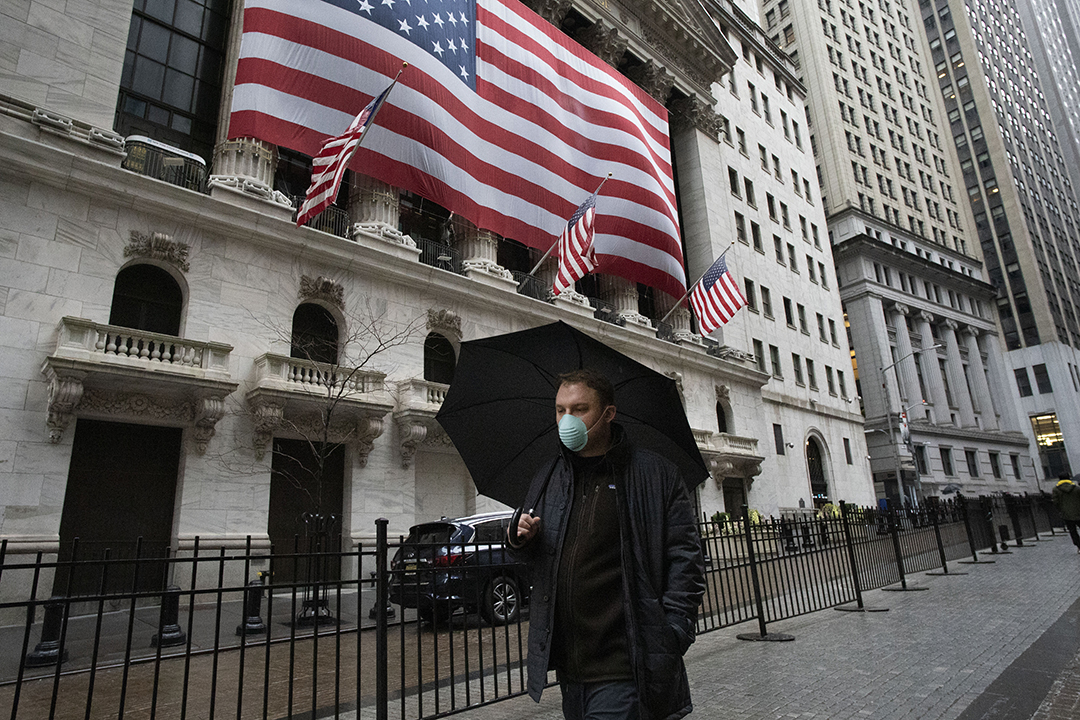 Is this a buying opportunity or the end of days?

Two of the world’s greatest investors looked at the US stock market crash with its unbelievably volatile swings and virtually told us this was the buying opportunity of a lifetime! While others, and especially news services, are warning us that this is the “end of days!”

During the week I read a piece that was actually recommended by an economist I respect. And while the author’s charts, tables and forecasts were enough to rock me a little, I did get shocked at his explanation of what would happen in hospitals and how staff would have to select who gets respirators and therefore determines who lives and dies!

It was like a scene out of the movie Contagion, where poor old Gwyneth Paltrow writhed herself to death! Undoubtedly, in some parts of the world that could be a possible scenario and the stories out of Italy are quite jolting. But I do wonder if we’re going too long worry.

That said, the overreaction that is currently driving the extreme containment policies will hopefully kill this Coronavirus faster than is expected.

I don’t think this will be the end of days, but I reckon we’ve got four to six weeks of incessant watching of infection and death rates in key precincts such as Europe, the USA and here in Australia. Better-than-expected virus-fighting news will not only help raise confidence levels but could get people back to work sooner rather than later and will be the tonic that the stock market craves.

Right now it is taking for granted the initial efforts from central banks and governments, but as the viral threat heightens and the stock market reacts in sync, officialdom is swapping their popguns for bazookas, which will eventually not only help economies but send stock prices soaring.

And then we learnt that Bill Miller, another leviathan investor and fund manager, who was Chairman and Chief Investment Officer of Legg Mason Capital Management, admitted that this was “…one of the great buying opportunities of my life.”

That’s great news that these smart guys think that an eventual rebound in stock prices will justify their buying of stocks right now, but it would be foolish to believe that the rebound is just around the corner.

I know stocks will one day come good and the sell offs we’ve seen lately are being driven by worst case scenarios, but really important data has to arrive that currently isn’t showing up convincingly.

The best news is that China is getting back to normal!

Aerial photographs tell us that traffic logjams and heightened pollution levels scream that the Chinese economy’s wheels are starting to slowly turn.

That’s basically a three-month period of virus discovery, to lockdown, to getting on top of the challenge.

If that can be reproduced in most countries, then this looks like the world’s best-case scenario. And what should that do?

First, it will spark a rebound of stock prices — not to previous highs - but we might end up down say 15% from the heady heights of early 2020. The stock market always looks ahead and I know some high-powered fund managers who have turned their pointy-headed financial market researchers into virus-data-watching  ‘experts’.

Instead of watching money market spreads, yields and rates of interest, they’re glued to heat map data tracking the spread of the virus. And when the news starts to look optimistic, these bond market operatives will start placing bets to make money for their funds.

You have to hope these future guessers get some really good news ASAP!

What this whole Coronavirus tragedy has done for me, is to understand how in this excessively interdependent world we live in, it’s critical that international standards of health have to be externally imposed on those who potentially cannot only threaten our wealth, but can damage our health and even cause too many innocent people to die.

What keeps me optimistic is my belief in my fellow citizens of the world, who, when confronted with threats of this magnitude, can come up with solutions that ultimately surprise the most ardent cynics and doomsday merchants, who at times like these, get too much media exposure.

During the week I confessed to reading The Jerusalem Post for the first time in my life. A friend who is a UK fund manager sent this to me and it’s the kind of news I’d love to see news outlets occasionally give a run.

It went on to say: “Michael Levitt praised Israel for its preventative measures. He said most people are naturally immune, and that since the infection rate in China is slowing down, ‘the end of the pandemic is near’.”

You have to hope this guy — an Israeli Nobel Prize laureate and American-British-Israeli biophysicist — actually is on the money!

Among other things, he pointed to the Diamond Princess cruise ship, which represented the worst-case scenario in terms of disease spread, as the close confines of the ship offered optimal conditions for the virus to be passed among those aboard.

The population density aboard the ship was the equivalent of trying to cram the whole Israeli population into an area 30 kilometres square. In addition, the ship had a central air conditioning and heating system, and communal dining rooms. (j.post.com). “Those are extremely comfortable conditions for the virus and still, only 20% were infected. It is a lot, but pretty similar to the infection rate of the common flu,” Levitt said.

Based on those figures, his conclusion was that most people are simply naturally immune.

I know death and infection rates are important stories but I think getting the message out there that most of us are immune to the Coronavirus seems damn well important too! If Levitt is right, people are less at risk than many of us currently think, and the stock market rebound might be closer than we think as well.