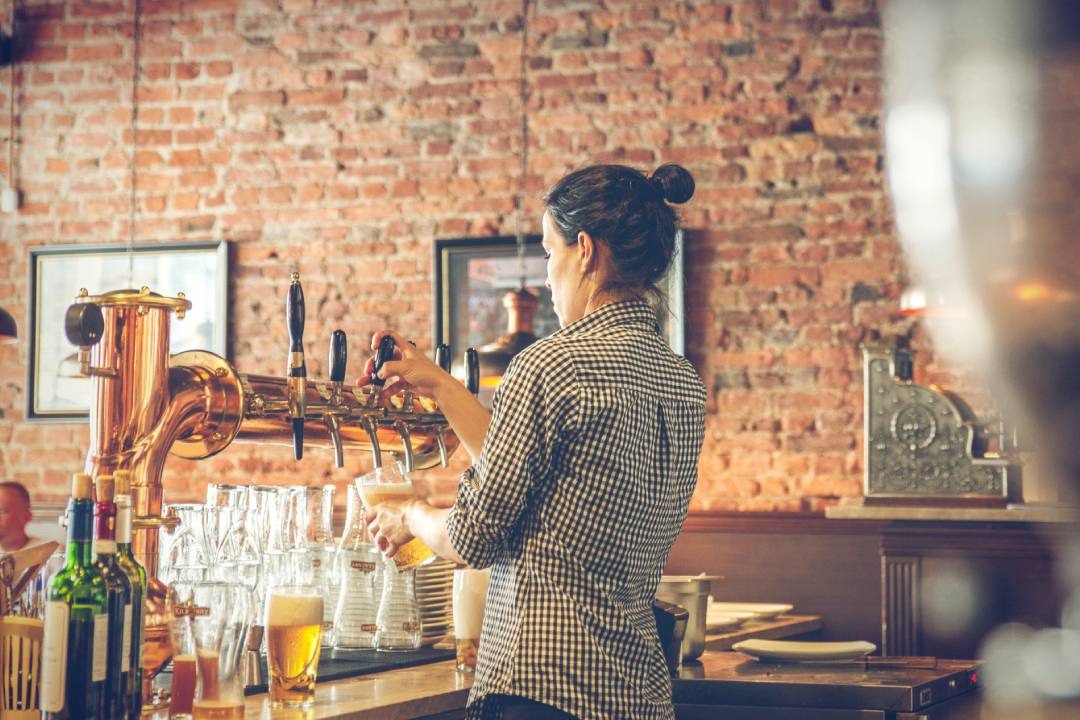 Before the Coronavirus rocked the complacent world we lived in that could never have entertained the idea of lockdowns and employees saying no to the office to work from home, some employers who were then worrying about the attitude of young workers would say: “We need a good recession to teach them to appreciate a job.”

Well, after the virus and its deepest recession since the Great Depression, employers and industry leaders in the hospitality industry are staggered that in a post-pandemic world, young people are saying no to working in well-paid jobs offering $100,000 a year!

First up, the problem could be that what we got was a ‘bad’ recession in that it was deep but very short. And secondly, the fantastic government support driven by the JobKeeper program has meant the recession experience wasn’t good enough to change young workers' attitudes to work. In fact, it seems to have taught all workers to have a greater appreciation of life-work balance.

And while socially that looks like a good thing, the question is this: Can employers with their need to generate a profit to justify their sacrifices of time and money, make this new employer-employee world work?

Right now a lot of employers in hospitality don’t think they can make the current new-age employee experience work. Undoubtedly, there will be demands to increase immigration to get workers who will take $100,000 jobs in pubs, bars, restaurants and tourism.

Lachlan Leeming and Karlie Rutherford writing in the Daily Tele tell us there are “80,000 job vacancies in restaurants, bars and hotels across the country.”

And famous restaurants such as Cafe Sydney and Aria “have been forced to close their doors over the busy Christmas period because they cannot get enough staff”.

Cafe Sydney is contemplating closing one day a week because of labour supply issues, which has to be caused by closed borders and about 300,000 workers who left the country because of the virus and lockdowns.

ARIA, a restaurant overlooking the Opera House and Circular Quay, has $100,000 jobs but no takers and will be closed on Boxing Day.

The lack of foreign workers looks like a perfect chance for locals, who are unemployed, to fill the gap left by exited foreign workers, but the numbers interested are worryingly low and some politicians want a “kick arse” solution.

“Northern Beaches MP Jason Falinski said the staff shortage was ‘our chance' to axe welfare payments and push work-shy young Australians off the couch and into the hospitality workforce,” he said.  “It’s a massive chance to get people who otherwise would be long-term welfare recipients, into work and in the long term make their lives so much better.”

Former Labor Opposition leader and one-time PM hopeful, One Nation MP Mark Latham, is even more aggressive in his take on younger workers who won’t work. “Ending the dole would force the bludgers into work, fill the labour shortage and eliminate unemployment in Australia,” he told the Tele.

But maybe more is needed from the people who are mostly responsible for shaping the younger worker of today — parents!

Mark McCrindle is one of Australia’s most respected demographers and has been a keen watcher of our young for decades. McCrindle says you have to blame “the bank of mum and dad”, which makes it easy for their grown up kids to keep being kids by saying no to work.

He says previous generations left home and had to work but the current young cohort of workers have become homebound after studying late and finding it pretty easy to live with an accepting generation of parents, who are prepared to bankroll their lifestyle.

Wes Lambert, the CEO of the Restaurant and Catering Industry Association of Australia, has a smart idea to take away the attitude that hospitality jobs are casual for students, foreign workers and other part-time workers.

“I think it’s imperative on high schools and the state governments to ensure that trades like hospitality are given equal footing as an option as a profession for those students either not interested in university or more interested in a trade,” he told the Tele. “There are many positions in hospitality that pay six figures.”

But it might also need to get parents onside and teach them to say no to the kids/adults who have fallen into an attitude to life and working that could easily come back to bite them.

When would that happen? Given parents won’t easily learn to say no to their kids, maybe we will need a fair dinkum recession, where unemployment goes over 10% that persists for many years, as it did in the 1990s.

I wouldn’t wish this on anyone but we do have a problem with the attitude of young workers and something has to change because bosses do need to make profits and have positive and supportive workers to do so, as well as gamble that being in business is worth it.

Mark McCrindle says parents have to force their kids off the couch and back into work. But if this doesn’t happen, maybe we will be in trouble if bosses decide to close up shop and live on the couch instead!