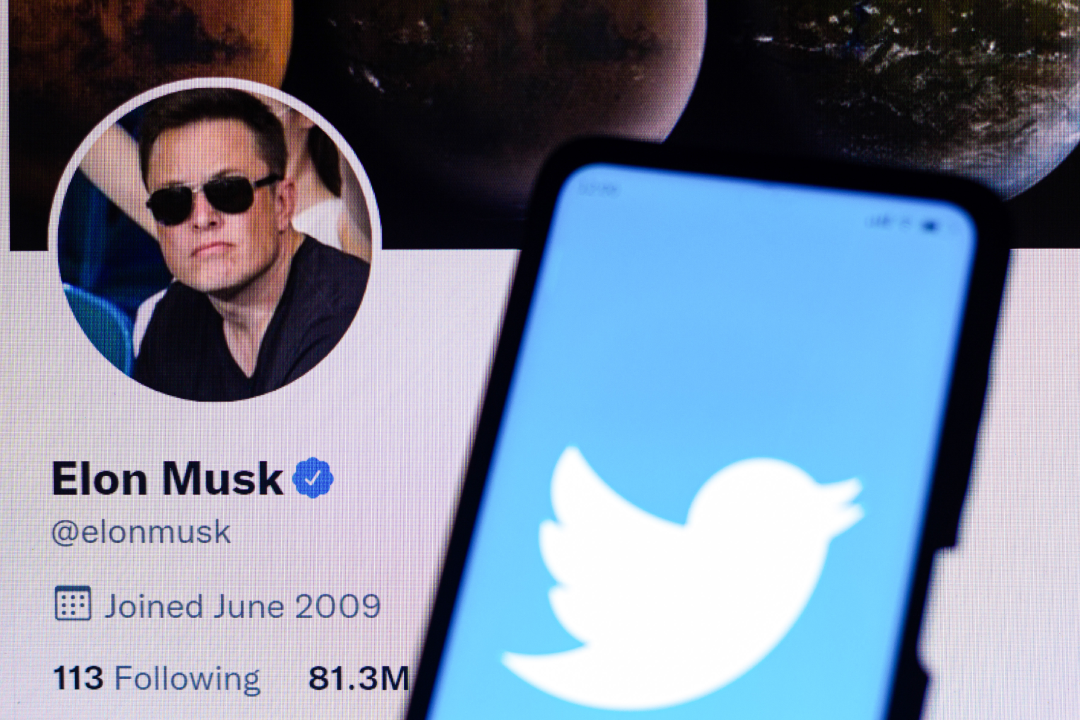 Elon Musk has proved it’s good to be rich with his $US44 billion offer to takeover Twitter and take it private. After looking negative at the idea, the board has accepted it and now it will go to shareholders. But the expert view is that it will be accepted.

What they will vote on is the proposed $US55.20 a share, which has already been pumped up by Musk’s revelation on April 1 that he’d put US$3 billion into Twitter to buy 73 million shares and hold 9.2% of the social media company.

Then on April 14 he made his $US44 billion play, which was tagged by the founder of Tesla as his “best and final offer”.

But his move on Twitter started on March 14 when the share price was only $US33. This revelation helped the price get to $US45 and that’s when Musk put his offer on the table of $US55.20 a share.

The chart above shows the company has been as high as $US77 after the Coronavirus crash, when the pandemic and people locked up at home, were really keen to use Twitter to voice their displeasure at everything from masks to being locked up to being forcefully jabbed or ostracized for refusing to do so.

Clearly, there’s plenty of upside for Musk and his lenders if he can run Twitter better than its founder and former CEO Jack Dorsey (who also started Square, which bought Afterpay for $US29 billion). Square and Afterpay are now rolled up into the US-listed company called Block.

Interestingly, it might not be plain sailing for Musk, even with the thumbs up from the board because a cranky shareholder of Twitter is suing him on behalf of shareholders who might have sold their shares between the March 24 to April 1 timeframe.

Marc Bain Rasella accuses “the billionaire of failing to disclose his Twitter stake within the time frame required by the U.S. Securities and Exchange Commission (SEC). The move allegedly helped Musk save approximately $143 million in subsequent share purchases, according to the lawsuit.” (vanityfair.com)

Under US stock market regulations, Musk had 10 days to tell the SEC that he was holding 5%+ of the company. He kept silent until he had 9.2% of the company and then the share price spiked about 27% on the news!

You can see why sellers of the stock might be annoyed that Musk had not revealed his 5%+ stake on March 14, which ‘kind of’ shows us how this outstanding entrepreneur and technical genius can sometimes rip up the rule book that others play to.

This acceptance of Musk’s offer by the board is at odds with its previous view on the deal but it could be explained by the fact that no other offers have come forward.

History says that once one offer comes out of the woodwork, it often brings forward other would-be buyers. This could still happen but at this stage, the board must think Musk’s price is too good to be true.

The prospective new owner has 87 million followers on Twitter and is always complaining about some of the rules that the company applies to his and others’ comments.

“Musk has said he wants to promote free and open speech on the service, which he has said he sees as an essential place for sharing viewpoints,” The Washington Post recently reported. Meanwhile, Fortune.com explained: “If Elon Musk is able to take over Twitter Inc., his biggest promise is to transform it into a platform for free speech with few restrictions — something he calls ‘essential to a functioning democracy'.'”

The Fortune story also revealed that “Musk defined the goal for Twitter at a TED event last week: ‘A good sign as to whether there is free speech is: Is someone you don’t like allowed to say something you don’t like? If that is the case, then we have free speech’.”

Interestingly, like a lot of us who have big ideas to build a business or buy a property, Musk used borrowed funds to buy Twitter.

He secured $US25.5 billion of debt and a margin loan to part bankroll the deal. The rest came from the Musk fortune created when he took the gamble to take on the likes of Ford, GM and Toyota to create the world’s most valuable car company.

Musk reminds me of what Homer Simpson once said about doughnuts: “Is there anything they can’t do?”

Of course, some entrepreneurs can turn out to be twits but if they have a track record, even getting in late shows that it can pay off big time. Check out the pay-off for believing in Bill Gates, even when his company was an ‘under-whelmer’ between 1991 and 2013, though its share price did go from $1 to $35, but after that, it topped out at $336 late last year!