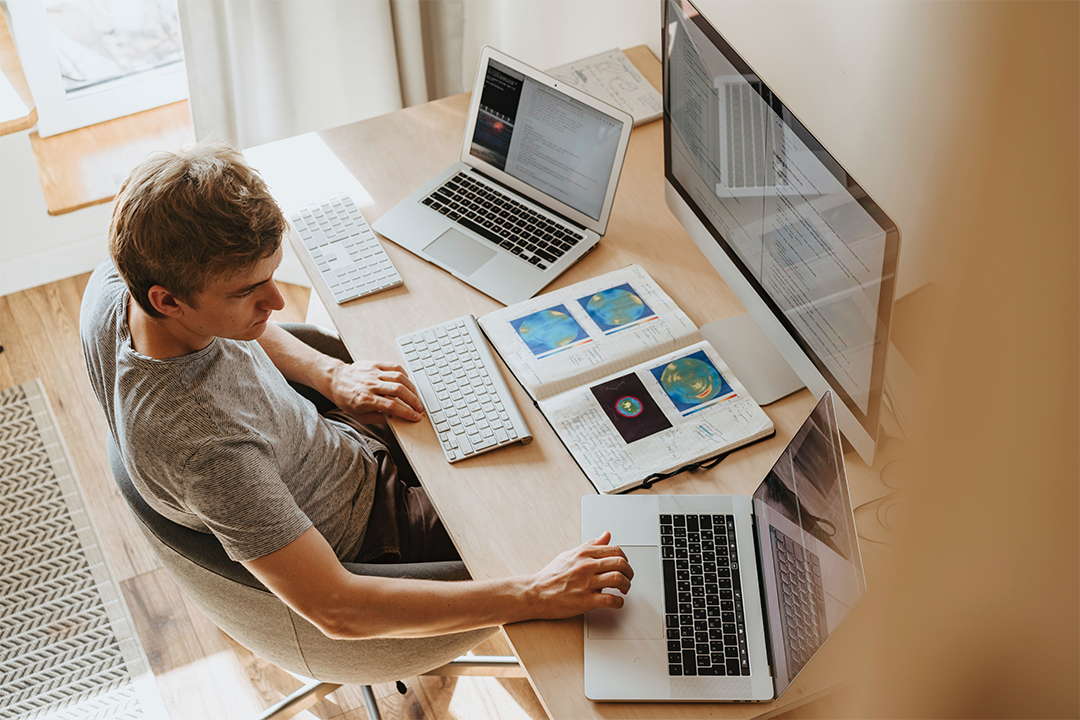 The clash of bosses and workers I referred to yesterday just got more serious, with Deloitte Access Economics research that was completed for Telstra now telling us that more than one in three workers wants at least a hybrid model of employment, with time split between home and workplace.

And they want this employment flexibility more than a 5% pay rise!

Workplace Editor at The Australian Ewan Hannan ran his eye over the numbers and reported that “35 per cent of employees expect to continue hybrid working as the pandemic recedes, down from 43 per cent at the height of the pandemic, but well above the pre-pandemic level of 19 per cent.”

Only 30% want to ‘escape’ back to the office, which means 70% of employees want to have a tough talk session with their boss.

The research says 20% want five days at home using technology like zoom, while 22% want the hybrid model of time split between home and office. Meanwhile, 28% are still making up their mind. The undecided group might be caught between a number of contentious questions such as:

• What does my boss want?

• How forceful could my boss be on the subject?

• Will the Fair Work Commission side with me?

• Would working from home with the kids back at school be a much better proposition for me mentally and for the boss’s productivity? Well, that’s what they might want or want to want but Hannan points out that “71 per cent of employees said they faced barriers to hybrid working with technology, including network connectivity and home office setups, the biggest obstacle”.

And that’s not just a problem for them, it’s a problem for employers, their productivity, their costs and ultimately their profit. In case anyone has forgotten, that’s critically important for the longevity of jobs and pay rises!

Some of the numbers coming out of this Deloitte survey reveal a lot, so let’s analyse them. Here it goes:

• 25% admitted to being distracted at home.

These observations are interesting but the important ones said 22% of businesses with a hybrid model were 22% more likely to see higher productivity. That’s good but does that say 78% of businesses saw no productivity gains or even lost it?

Again, businesses with a hybrid model were 28% more likely to see more innovation, but what about the innovation lost because employees weren’t interacting with one another?

The classic best-selling business book on the power of relationships called Never Eat Alone by Keith Ferazzi and Tahl Raz made the important point that a 'home alone’ approach to work closes one door on learning from others.

The full title is actually “Never Eat Alone” – 10 tips for a successful professional career” and here they are:

Note there’s no recommendation that working from home is likely to send your career into orbit! And that’s the rub: if you don’t want to be a real success, the work from home model might be great for other priorities in your life, like looking after your family.

I get that and employers might too but they might not want to pay for it when there’s someone else who’s more committed to the 10 tips for a successful career.

Interestingly, Hannan says that “research found shifting to hybrid working has the potential to boost the economy by $18 billion and create more than 42,000 extra full-time jobs over the next decade.” (But that’s only 4,200 a year, and these could be full-time but working at home!)

Telstra’s Andy Penn believes there’s productivity to be gained and actually said that this “busts the myth that we need to ‘get back to the office’ to be productive and proves hybrid working can boost the economy, boost businesses, large and small, as well as boost engagement and wellbeing for employees”.

“Working remotely has been possible for a long time but Covid-19 has sparked a tectonic shift among Australia’s leading employers and executives who now realise the power and potential of hybrid work,” Mr Penn said.

Big operations with HR teams and huge technology advantages might be able to win from a hybrid model but small and medium-sized businesses might find it a lot harder to succeed without their team in the workplace.

And what needs to be understood is that the RBA says 70% of employees work for SMEs, with 47% in small operations. These business owners could have a minefield ahead negotiating with their staff on where and when they work.

One big concern for workers will be when a recession hits and then the work-from-home employees might be the first to go because they’re less committed to the business. Recessions lead to cost-cutting, and because bosses have got used to remote workers, they could look overseas to cheaper employees.

This post-pandemic workplace could get scary for employers and employees. If an employee thinks there are a lot of bosses who think saving a 5% pay rise will be enough to let a worker work from home, they might be living and working in La-La land.