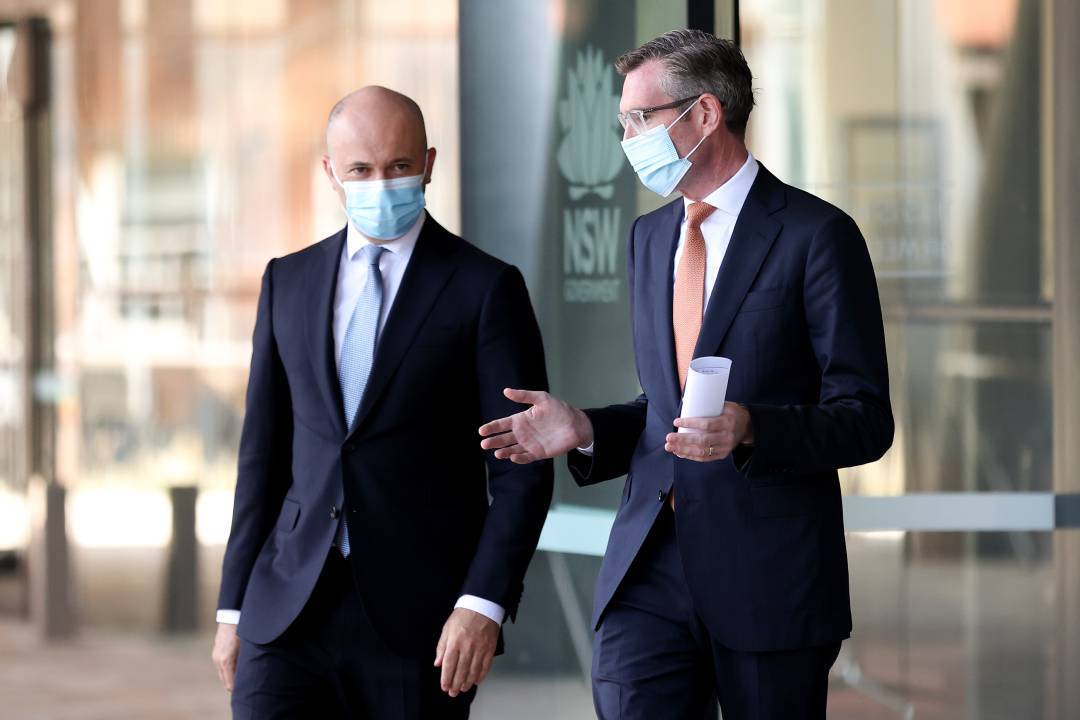 NSW Treasurer Matt Kean is being pressured to throw JobSaver-style grants to help businesses struggling with what Wes Lambert (boss of Restaurant & Catering) described as a ‘shadow lockdown’.

The Daily Tele’s James O’Doherty reports Mr Lambert saying that “80 per cent of members were suffering up to 60 per cent downturn in trade amid the current Omicron outbreak”.

When the Delta variant brought a strict lockdown, JobSaver was a payment to help address its impact, with JobSaver providing cash flow support to impacted businesses to help them maintain their employee headcount. The program objective was to help businesses save jobs to support the economy after restrictions were lifted.

It was a pretty generous offering, with eligible businesses and not-for-profit organisations with employees receiving the equivalent of 40% of weekly payroll for work performed in New South Wales:

Interestingly, as the number of double-dose vaccinations rose, the payments were progressively reduced, implying that the end of the Delta lockdown meant businesses would start to recover normal business revenue and profits.

However, Omicron has changed all that. Along with public health orders that determine how many customers can drink in a pub (for example), Omicron has eaten into the viability of many businesses, especially in hospitality.

A survey by Business NSW found many businesses were in trouble because of Omicron, with labour and product shortages undermining profitability. This business group also wants targeted payments for the worst affected operations.

NSW Premier Dominic Perrottet is chewing over support measures for the hospitality industry but, as O’Doherty points out: “hospitality workers deemed close contacts won’t get exemptions from strict seven-day isolation”.

Clearly, any business whose operation is threatened by state or federal restrictions to maintain the health of the community, should be deemed entitled to support. These payments don’t sustain profitability but keep businesses in business and give a good chance for workers to keep their jobs.

As with the very important JobKeeper program, government support like this prevented a serious recession and an escalation of unemployment. Right now, anyone who doubts the value of those programs has never lived through a real recession where the jobless rate goes into the double figures.

And because Australia went 30 years without a recession, there’s a lot of inexperienced ‘experts’ who might be dismissive of the positive multiplier effects on job creation and business success of well-timed government spending.

These people seem clueless that multiplier effects operate in the opposite direction as well, where you get a snowball in reverse, where economic activity and jobs increasingly disappear!

The NSW government and other state equivalents where public health orders are killing business, need to start targeted support, and fast! And we all should be praying that the epidemiologists who think Omicron will burn out by March know what they’re talking about.

AMP Capital’s Shane Oliver has tried to work out the impact on the economy, and here’s his best guess: “At this stage we have revised down our March quarter GDP growth forecast to 0.6% from 1.6%, but this is a guesstimate. And while we are confident of a strong post Omicron rebound in the economy resulting in growth of 4% or so through the year, the risk is high that the March quarter sees GDP go backwards again, given the extent of supply disruptions.”