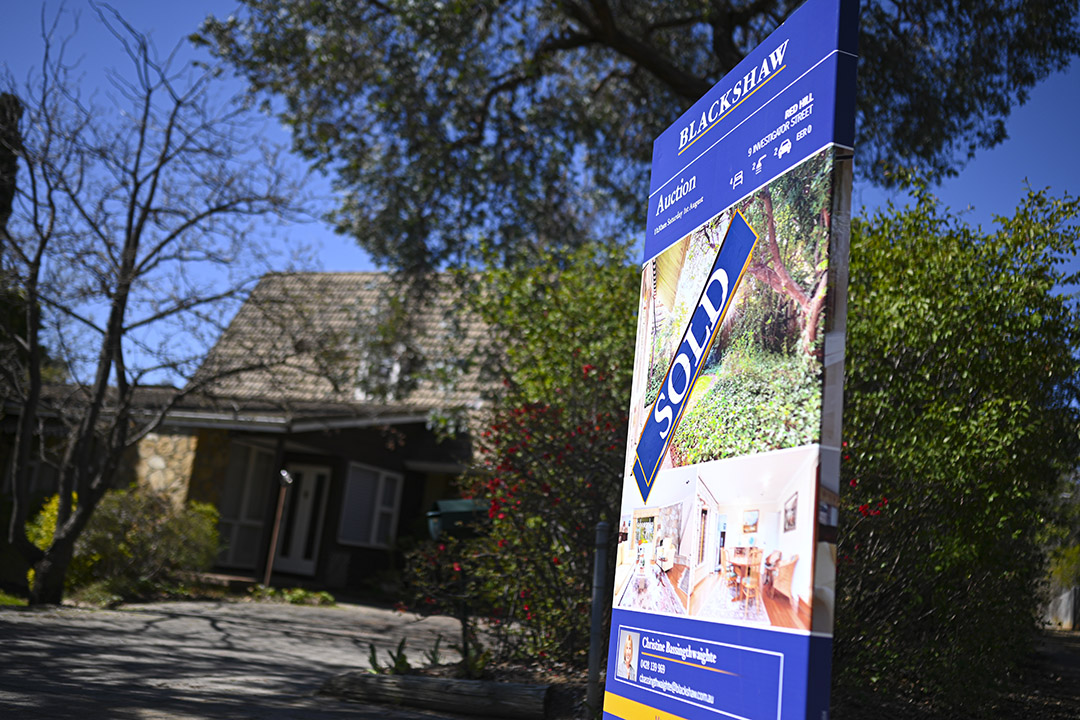 Believe it or not, property prices are set to rise!

An expert on property and financial markets warns real estate Nervous Nellies that house prices are on the way up, not down! And how would you like to be an expert on auctions, so if you’re a seller, you pocket the best sum possible but if you’re a buyer, you pay the least possible?

Real estate agents better beware, as two US economists are going to help us avoid the winner’s curse. This is when you win the auction and then the elation of the victory is replaced with the numbing question: “Did I pay too much?”

Australians have a passion for property and I’m told we’re the only country in the world where million-dollar assets are bought and sold on the front lawns of suburban homes. Who hasn’t turned up to an auction for just a sticky beak or because you had nothing to do?

Well, auction-loving Aussies will be interested to know that this year’s Nobel Prize for Economics went to two US economists from Stanford Uni, Paul Milgrom and Robert Wilson, who’ve worked out how bidders can avoid the so-called “winner's curse” of over-paying. Better still, they’ve determined how you can be an under-payer at an auction. It gets down to doing your research, including what your rival bidders think represents value.

In a nutshell, the economists think the more the bidders know about each other, the more likely they’ll overpay. The flipside is that if you’re a seller, you don’t want your agent knowing too much, which they can take to the bidders.

A simple example would be if a seller refused to talk to the agent about her price expectations and simply said “let the market determine it”. Then if the agent was a blabber mouth who told all potential bidders what other buyers were prepared to pay, the seller would probably get the best result. And the buyer would end up with the winner’s curse!

If you’re a potential buyer or seller armed with that information, I should reveal that despite the worst recession since the Great Depression, one very credible expert says house prices are on the way up!

Earlier this year, I pointed to the accurate predictive powers of Coolabah Capital’s founder, economist Chris Joye. Chris and his team plied their econometric skills to analysing COVID-19 infections worldwide and confidently predicted when the worst would be over for the virus here, in the US and in Europe. They were right.

Also in late March he wrote: “When all is said and done, markets will get what they want through signalling what is and isn’t acceptable. Order will eventually be restored. And this crisis will pass, probably within one or two months. Those who survive will face the investment opportunity of a lifetime….”

The “crisis” he referred to was the stock and finance markets’ crises. And he was spot on there. This chart of the US stock market shows that.

The US market is actually higher than it was before the Coronavirus crash! But what is Joye’s take on property prices going forward? “Throughout Australia’s eight  capital cities, the cumulative loss to date has been just 2.8%, according to CoreLogic, and would have been a lot less were it not for Melbourne’s entirely unnecessary second COVID-19 wave,” Chris explained. “In September, dwelling values recorded capital gains in Perth (0.2 per cent), Canberra (0.4 per cent), Hobart (0.4 per cent), Brisbane (0.5 per cent), Adelaide (0.8 per cent), and Darwin (1.6 per cent). Home values also appreciated in all non-metro regional areas (0.4 per cent).

“The tide is similarly turning in Sydney, which registered its smallest capital loss (minus 0.3 per cent) since the market rolled over in May.”

He scoffed at those ‘experts’ who predicted house price falls between 10-30%, who now are reworking their predictions. And this is his current view: “In terrific news for the post-COVID-19 recovery, house prices have started climbing again across six of Australia’s eight capital cities and throughout non-metro regional markets. This accords with our heterodox March 2020 forecast for the local market to suffer negligible losses of between zero and negative 5 per cent over a six-month period followed by capital gains of 10 per cent to 20 per cent.”

Of course, being right lots of times doesn’t mean you’ll always be right. But provided a vaccine shows up by year’s end and is made available to many of us in early 2020, then Chris again could be on the money and the property market will follow his script.

And yep, he has a view on a vaccine and how it could help property prices.

“With Pfizer [recently] revealing that they expect ‘a conclusive readout on [the] efficacy [of its vaccine]...by the end of October’, Australia should be able to start welcoming both foreign students and migrants back early next year. A flood of money (and people) will likely come in from embattled Hong Kong, Taiwan, and mainland China.”

That “early next year” call is huge. If he’s right, it will not only be good for property prices but the larger economy as well. As I said yesterday — go vaccine companies!