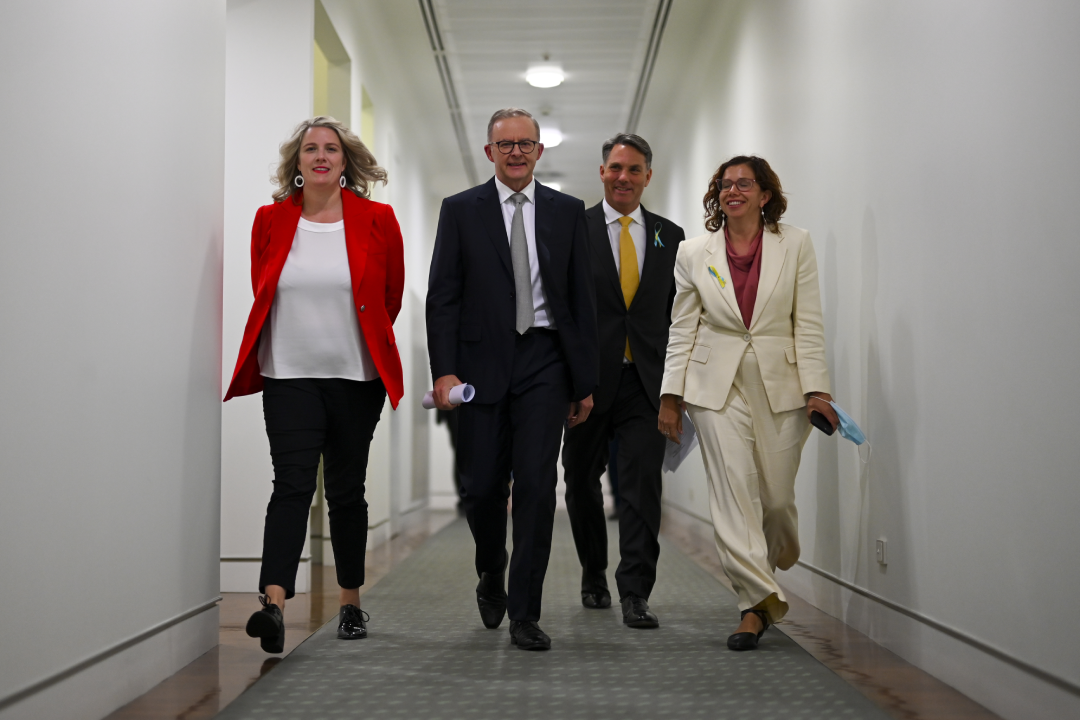 Albo and inflation are coming!

It’s show-and-tell time for Anthony Albanese and it’s our first chance to think about what Albo might look like as PM. The best bit about the Budget reply from an Opposition leader is that it has to seriously outline what a new team will do with our money.

And it came ahead of the expectation that the PM will call an election today!

Albo’s theme was longer-term with a focus on the underlining problems of the economy and Australian life after the pandemic. That way he was able to pan the $8.6 billion worth of one-off cost of living handouts ahead of an election (which he’s right about) but there are those, like me, who think spending now to get growth up for another year, as normalcy tries to make a comeback, is not terrible economics.

He also waved his climate change credentials, which he said had been backed by the Business Council of Australia, the Australian Industry Group, the National Farmers Federation and the ACTU.

Interestingly, Albo’s reply didn’t tell us much but he did say he’d support those short-term cost-of-living measures in the Budget, though he implied he would’ve preferred to do it differently.

That’s about it. Clearly, he’s holding back his measures to win the hearts and minds of voters over the next six weeks or so, presuming we’ll vote on May 19.

It was interesting how Albo didn’t address inflation, which will be the next Government’s greatest economic threat, with the SMH’s Rachel Clun shining a big light on the inflation surge that’s likely to show up over the election campaign.

Of course, this could be an exaggerated look at some sector’s expected big price rises and then assuming the same will happen everywhere. Until now the Reserve Bank of Australia and Treasury (the mob charged with guessing inflation the best) aren’t overstressed by the inflation ahead.

How do I know? Well, the RBA puts out statements on the matter every month and only on Tuesday, did Treasurer Josh Frydenberg tell us that inflation will be manageable.

Here’s what the Budget predicted for inflation and its ‘best buddy’ — wages.

However, the Australian Bureau of Statistics (ABS) surveys tell a different story for key sectors that could influence the rate of inflation.

This table says it all and it’s not pretty reading if the ABS is right.

So why should we expect inflation to be big?

1. The pandemic created supply-side problems such that we can’t easily get imports.

2. Those imports are dearer because stuff was hard to access during the pandemic’s lockdowns.

5. The Ukraine war has driven up the price of petrol and other commodities like wheat.

6. There’s a lot of money in the economy because of the Government’s economic rescue plan due to the virus, and now the Budget will keep the stimulation of demand happening.

Against that, these forces could moderate inflation:

2. The arrival of foreign workers.

3. Supply chain problems will ease over 2022, provided the war stops and BA.2 is manageable.

I think we will see a spike in inflation over the next six months that will make the Treasurer’s call on inflation look too low, but if prices fall with the end of the Ukraine war, our dollar rises and the virus stops infecting the supply chain, then over the second half of the year (and definitely over the financial year), inflation will fall.

The only worry would be if a new Labor Government allows wage rises to get out of hand. That will be the test for Albo (if he wins) because the faster the inflation rate, the faster interest rates will rise and that could make a second term for Labor very hard, with so many Australians overborrowed into highly-priced properties.

The economic drama never stops and it’s about to hot up over the next six weeks.