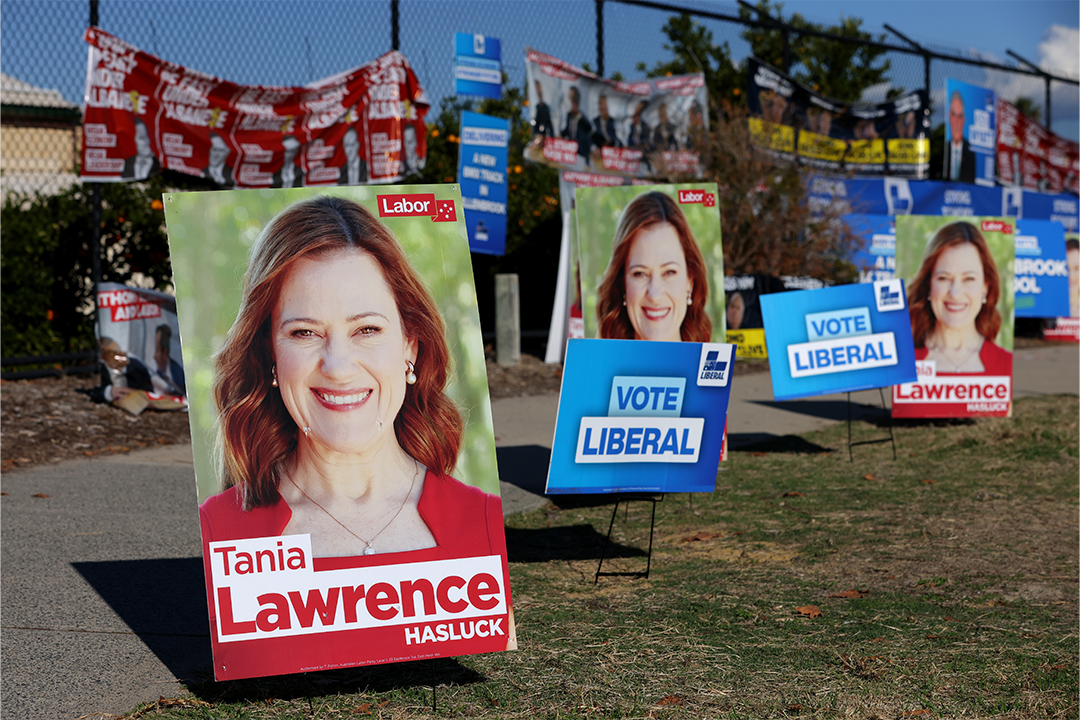 The deadline for the receipt of postal votes for the May 21 election has now passed which means the Australian Electoral Commission has now received every vote it can count for this federal election. However, the count for the Senate election grinds slowly to the finish line. That being so my article today deals only with the House of Representatives results. An equivalent article for the Senate election will come later.

This was the 47th general election for the House of Representatives which means the Parliament first to meet on Tuesday 26 July will be known as the 47th Parliament. Of the 47 elections just 15 were won by Labor, so how does this success compare with the 14 earlier wins? The first point to notice is that Labor won this election with its lowest ever winning primary vote. Just 32.6% of first preference votes were cast for Labor, a decline of 0.7% on the 33.3% won by the Labor Party under Bill Shorten’s leadership in May 2019.

Having said that I must repeat the view I have always held which is that election success in a system of single-member electoral divisions must always be measured by the two-party preferred vote. On that basis,3 Albanese’s win is Labor’s 9th best. Ranked in order of the magnitude of Labor’s two-party preferred percentages past Labor prime ministers performed better than Albanese in 1943 (Curtin), 1929 (Scullin), 1946 (Chifley), 1983 (Hawke), 1914 (Fisher), 1910 (Fisher), 2007 (Rudd) and 1972 (Whitlam). Poorer performers than Albanese were Paul Keating in 1993, Julia Gillard in 2010 and second or later wins by Hawke and Whitlam. The first win by a Labor prime minister has always been his best. The poorest performances of all were by Gillard in 2010 (her only win) and by Hawke in 1990, his fourth and last win. Note that in the cases of Whitlam, Hawke, Keating and Gillard, the Labor prime minister failed to win another election.

Labor’s share of the two-party preferred vote under Albanese is 51.9%, a swing to Labor of 3.4%. So, much of the above information tells us something we already knew. Australians did not vote enthusiastically for this Labor government. There was an exception, however. Western Australia provided Labor with half its seat gains – but WA accounts for only 15 seats while the east accounts for 136. The swing to Labor in WA was 11.3% and every seat swung the party’s way with the lowest being in Canning (Andrew Hastie, Liberal) where it was “only” 7.6%. Elaboration of my claim that WA gave Albo half his seat gains is given below.

The element of this election that gratifies Labor supporters the most is that the Australian people voted overwhelmingly against Scott Morrison’s Liberal Party. It lost big time. Under Morrison, the Liberal Party had won 61 seats in 2019. It has emerged from this election with 42 seats.

The 19 seats lost by the Liberal Party consist of one abolished in a redistribution (Stirling, WA), two lost to the Greens (Brisbane and Ryan in Queensland), six lost to “teal” independents and ten lost to Labor. The six lost to teal independents were Mackellar, North Sydney and Wentworth in Sydney, Kooyong and Goldstein in Melbourne and Curtin in Perth. The ten lost to Labor were Bennelong, Reid and Robertson in New South Wales, Chisholm and Higgins in Victoria, Boothby in South Australia and Hasluck, Pearce, Swan and Tangney in Western Australia.

In the article 'My final predictions for Saturday’s election' posted on Thursday 19 May I predicted that Labor would win 76 seats and that “the overall division of the two-party preferred vote will be 52-48 in Labor’s favour, a swing away from the Coalition of 3.5%”. I discussed specific electoral divisions, naming predicted winners in all 151 seats while admitting there would be cancelling errors. “I expect to be wrong in quite a few seats” was the way I expressed myself.

That is the first error I made in predicting the details of this election. I underestimated the extent to which the WA Landslide contributed to Labor’s victory. My claim that WA gave Albanese half his seat gains is based on my claim that the number of gains in WA is four-and-a-half while the number in the east is also four-and-a-half. The point is that in WA the Liberal Party lost Hasluck, Pearce, Swan and Tangney to Labor but it also saw its former seat of Stirling abolished in the redistribution.

For the record Labor won 68 seats in 2019 and 77 in 2022, a net gain of nine seats. That was made up of one seat gained in a redistribution (the new seat of Hawke in Victoria) plus the ten seats gained from the Liberal Party (named above) which makes eleven gains. However, Labor lost Fowler (NSW) to the independent Dai Le and Griffith (Qld) to the Greens, so its net gain was nine seats.

The other error of detail I made was with respect to the teal independents. I acknowledged the serious possibility that Tim Wilson (Liberal) would lose Goldstein to the independent Zoe Daniel but wrongly predicted that the Liberal Party would retain Mackellar, North Sydney and Wentworth in Sydney, Kooyong in Melbourne and Curtin in Perth. That so many independents could win those long-standing blue-ribbon Liberal seats is the element of the election that has the Liberal Party truly worried. I cannot advise the Liberals what they should do about those losses.

My only prediction is that, when the Liberals next regain office, they will do so in big part by defeating the nine independents who currently sit in these natural Liberal seats: Curtin, Goldstein, Indi, Kooyong, Mackellar, Mayo, North Sydney, Warringah and Wentworth. But some of them might join

Men to get 20 weeks parental leave?
Poor voting system gives Albo unexpected Senate control
Our economy is the envy of the world and Albo has to keep it that way
Will PM Albanese lose us our AAA-credit rating?
Would you accept a 15% GST for a BIG income tax cut?