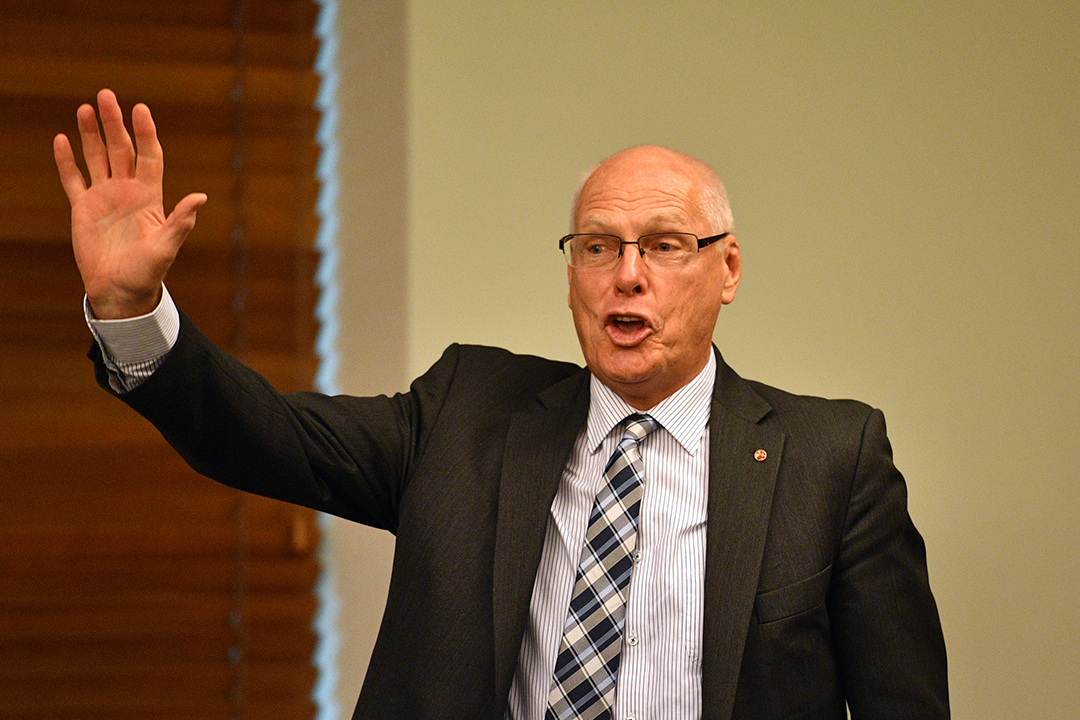 This week the Senate sits alone and one of the scenes to be watched will be the second swearing in of Senator Jim Molan (Liberal, NSW). He deserves to receive three loud cheers – even from those Labor and Greens senators opposed to him ideologically. Why should he receive such an ovation? Because he beat the machine of his own party, which machine wanted to get rid of him but now has decided to record its repentance by appointing him to the last two-and-a-half years of the term to which Arthur Sinodinos was elected in July 2016.

In my article posted on Thursday 20 June, I recorded some of the facts about the May federal elections. One of those facts was the disgraceful way in which the NSW Liberal Party machine gamed this dishonest Senate voting system foisted on the Australian people by the Liberal Party (and other collaborating parties) in the autumn of 2016.

In an earlier article posted here on Thursday 13 December 2018 titled “What a Disgrace!” I wrote the following about Molan:

“Before his election Senator Molan was Retired Major-General Jim Molan AO DSC and he has the distinction of being the highest-ranked former military commander to enter any Australian parliament for sixty years. A decent party would want to keep such a senator. Molan, after all, was the man who stopped the boats, surely Tony Abbott’s greatest achievement as Prime Minister. Not this Liberal Party, however. The party bosses wanted to keep a trouble-maker like Craig Kelly in his seat, but the NSW machine decided to single out Molan for defeat. After that defeat the party bosses will pretend Molan was defeated by the vote of the people!”

Rubbish! He was defeated by a system rigged by his own party. Under any decent system he would have easily been re-elected.

It is good to see that the NSW Liberal Party’s machine has now repented - in part. The problem is that the machine in question is still proud to have foisted this dishonest, voter-unfriendly system upon the people. It should be ashamed of itself. Those so-called “expert independent analysts” (no names today) should also be ashamed of themselves for defending such an indefensible system.

For the Liberal Party, however, some congratulations may be in order. It has been able to get away with a system concocted according to the following “principles”. First, clobber Labor. Second, clobber any Liberal senator who thinks this system to be democratic enough to enable a man like Molan to win re-election from a “below-the-line” vote. It takes a certain genius to do that. For those “expert independent analysts”, by contrast, there can be no defence. They own a rigged, horrible system that should be torn up.

This system must be scrapped and replaced by a decent system designed by me – designed according to proper constitutional and democratic principles.

(Malcolm Mackerras is Honorary Fellow of Australian Catholic University. malcolm.mackerras@acu.edu.au. His website “Unrepresentative Swill” can be visited at www.malcolmmackerras.com).