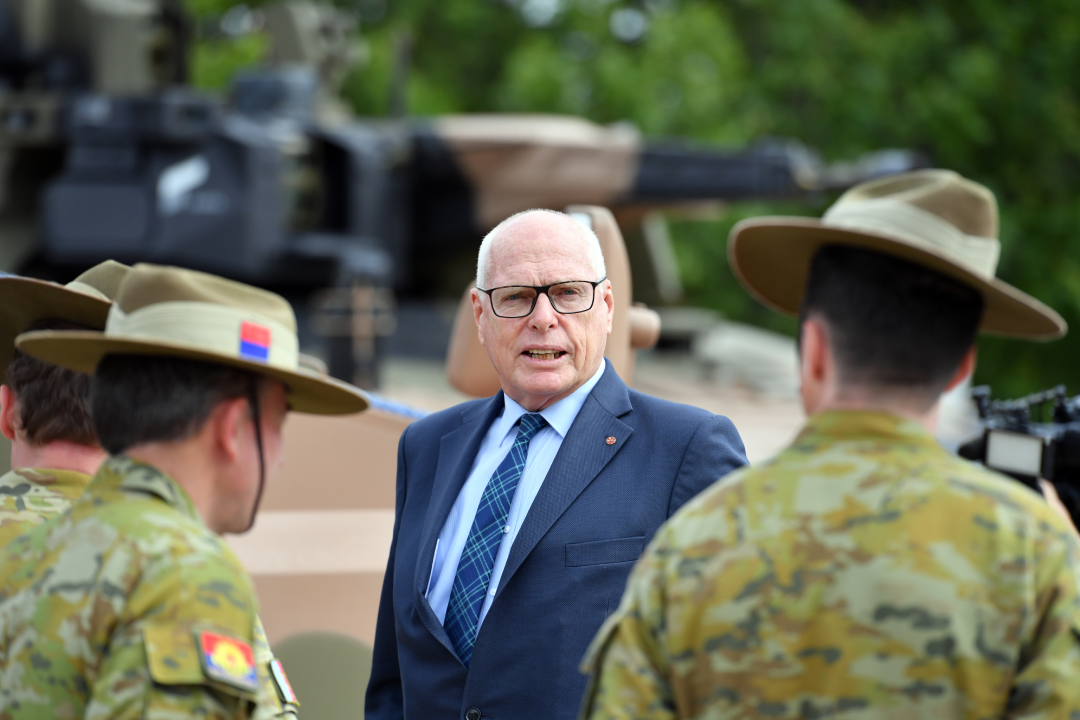 Back on 13 November 2019 there was posted on Switzer Daily an article by me titled 'Three cheers for Senator Jim Molan'. The article was introduced by a photo of Molan dressed in a normal suit and tie and waving his right hand.

My re-visiting of that article today has been motivated by my view that the Liberal Party made the correct decision to place Molan in a winnable position on its NSW ticket for the forthcoming federal election. The effect of that decision has been to end the political career of Senator Connie Fierravanti-Wells.

I begin by saying that the Australian Constitution in section 7 requires that senators shall be directly chosen by the people. Our Senate voting system maintains the pretence that senators are directly chosen by the people – but it is a pretence only, bolstered by political and legalistic manoeuvering over the years. Our Senate voting system is one in which voters are invited to distribute numbers of party machine appointments between parties according to a formula of proportional representation between political parties. So, party machines appoint senators in a rigged system and the voters distribute the numbers involved.

Fierravanti-Wells has been a senator since she was appointed to fill a casual vacancy in 2005. She was re-elected in 2010 and 2016. However, the July 2016 election was unusual. It followed a double dissolution of the Parliament. At such an election there are two elections – of all the 12 senators for the state followed by a half-Senate election to fill the six-year terms. Those who lose in that half-Senate election serve three-year terms.

In 2016 the NSW senators elected to serve for six years were Marise Payne (Liberal), Sam Dastyari (Labor), Arthur Sinodinos (Liberal), Jenny McAllister (Labor), Fiona Nash (Nationals) and Deborah O’Neill (Labor). Both Fierravanti-Wells and Molan were on the joint Coalition ticket, but she was in a winnable place and he, in an unwinnable spot. So, she was elected to a term expiring on 30 June 2019 and he was not elected.

The system is rigged to guarantee that senators from big parties will be elected in the “correct” order, determined by the machine. However, the pretence of direct election is maintained by allowing voters to vote for candidates if they must, and about 7% of NSW voters do vote for candidates – the “below-the-line” vote. In 2016 Fierravanti-Wells won a three-year term because of her ticket placement. In the below-the-line vote, however, Molan won three times as many votes as she did.

At this point, the High Court made a sensible decision. Whereas a normal casual vacancy is filled by a straight-out party machine appointment this kind of vacancy, the Court correctly ruled, should be filled by recounting votes from the election. Molan was elected, replacing Nash. But that mucked up the terms of senators. Anyway, the Senate decided that Fierravanti-Wells had really been elected to a term expiring on 30 June 2022 which term was thus given to her. So, both these Liberals benefitted from the decision to kick Nash out of the Senate. Molan was deemed to have won a seat he was not deemed to have won in 2016 and Fierravanti-Wells was given three more years in the Senate.

The whole complicated series of events then occurring was fully explained in my November 2019 article cited above. The point, however, is that Marise Payne will, at the forthcoming election, get the ticket vote (as she should) because she will be top, Sam Dastyari has been replaced by Kristina Keneally, and Arthur Sinodinos by Jim Molan. So, there are two Liberals sitting in seats, one of which is owned by the Nationals.

At the forthcoming election, Ross Cadell of the Nationals will be every bit as guaranteed election from the second spot as Payne from the first. He will take back from the Liberals the seat that would always have been theirs but for the High Court. Either Molan or Fierravanti-Wells needed to be sacrificed to that Nationals entitlement.

As an impartial analyst, I have no difficulty in asserting that Molan will add more votes to the ticket than Fierravanti-Wells would have done. It would be a very rare analyst who would say otherwise. I don’t write about defence but I would be surprised to hear of any such writer who would assert that Fierravanti-Wells has more to offer in debates on that subject than Molan. He is, after all, a former Major-General and well-regarded military commander with the letters AO after his name. Fierravanti-Wells has no equivalent honour.