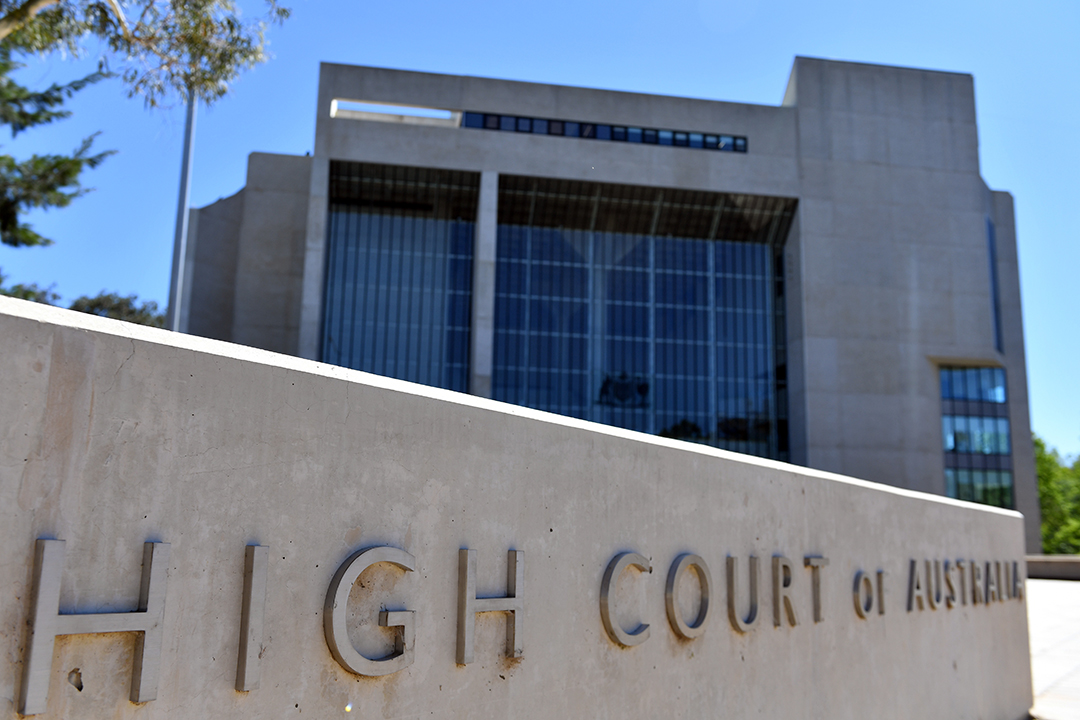 Can an Australian Aboriginal ever be an ‘alien’?

As mentioned in my last article here “Travelling West”, I spent Tuesday 11 February in Perth discussing electoral reform in Western Australia, a subject to which I shall return when their elections get closer. (The next WA general election is fixed for Saturday 13 March 2021.) Meanwhile, at the other end of the country, something important was happening. In that ugly and grandiose building by Lake Burley Griffin in Canberra, there was handed down the High Court judgment in the case popularly known as Love and Thoms.

It would be fair to describe me as a critic of the Court as illustrated by my articles here: “Is our High Court interested in fairness or justice?” posted on 22 November 2017 and “Judges in our High Court are Pharisees” posted on 10 May 2018. The judgment in Love and Thoms has not changed my attitude. I agree with the three dissenting judgments and disagree with the four majority judgments.

Coming in at a total of 169 pages (which would have cost me $60 if I had bought my copy from the Registry office) the four majority judgments occupy two-thirds of the pages (111 in total, with the longest being by Justice James Edelman at 39 pages) while the dissenting judgments come to 58 pages. To me, the issue is one of legal interpretation, not politics, but that is not the way it is generally seen. Commentary generally follows a left-right pattern, with the majority praised by the left and the dissenters praised by the right. To me, the interesting point is that a hundred pages of the majority were written by judges appointed by Coalition governments (Edelman, Gordon and Nettle), while only 11 majority pages were written by Labor appointee, Virginia Bell. On the other hand, 33 pages of dissenting judgments were written by Labor appointees (Gageler at 22 pages and Keane at 21 pages).

In my opinion, the best judgment is that from the Chief Justice, Susan Kiefel, whose judgment at 15 pages is the second shortest. She was appointed as a Justice in 2007 and as Chief Justice in 2017. She found that both Daniel Alexander Love and Brendan Craig Thoms do not have the status of an Australian citizen according to legislation validly enacted under section 51 (xix) of the Constitution. Section 51 provides that “The Parliament shall, subject to this Constitution, have power to make laws for the peace, order, and good government of the Commonwealth with respect to . . .(xix) Naturalization and aliens”.

Having read the judgments and the commentaries, the feature I find most interesting is the lack of enthusiasm for this decision from two men normally associated with the left. Consider Jesuit priest, Father Frank Brennan, first. “My heart sank when I heard the news”. How so? “I thought, there goes the Voice to Parliament, there goes anything in the form of constitutional recognition through a referendum.” And “This now gives conservatives a cause.”

And George Williams has written: “Australians are right to feel uneasy about the High Court decision.” And then: “All this demonstrates why it is time the Constitution itself was reformed. We need the ‘rule book’ for our nation to reflect the position of Aboriginal people as the first peoples of Australia. This, though, is not a job for the High Court. It can only be undertaken by the people in partnership with their elected representatives. As Kiefel wrote: “It is not for the Court to determine whether persons having the characteristics of the plaintiffs are aliens. Such an approach would involve matters of values and policy. It would usurp the role of the Parliament.”

So, four unelected judges have usurped the roles normally played by the people and their elected politicians. Yet, absent any favourable comment from the right of politics, the only favourable comments from the left have come from those who point to the very limited scope of the decision. Limited now, perhaps. But what about precedent? Is that not what governs the highly defective nature of the jurisprudence of the Australian High Court?

But then we have Stan Grant and his emotional response. “The High Court’s decision has not opened a hornet’s nest. Terra nullius is the hornet’s nest. This nation was founded on the great lie that this was an empty land.” While Grant’s emotions are understandable, he does not describe the position correctly. Terra nullius did not mean the land was empty. It referred to “land belonging to no one”. That was not a lie. It was the understanding of property law prevailing at the time.

My conclusion, therefore, is that this decision is a clear-cut case of judicial activism. Judges, in practice, have the power to legislate from the bench and four judges have done precisely that. They have gone off on a frolic. They have prevented the deportation of two criminals, neither born in Australia, who are citizens of Papua New Guinea and New Zealand, who lived for a time in Australia but never sought to become Australian citizens. It does not serve the interests of the Aboriginal people that these criminals have been granted the special status of “non-citizen, non-alien”. The judges in the majority are massively out of step with community values and the core principle of equality before the law. They have done a disservice to the legitimate aspirations of indigenous Australians.