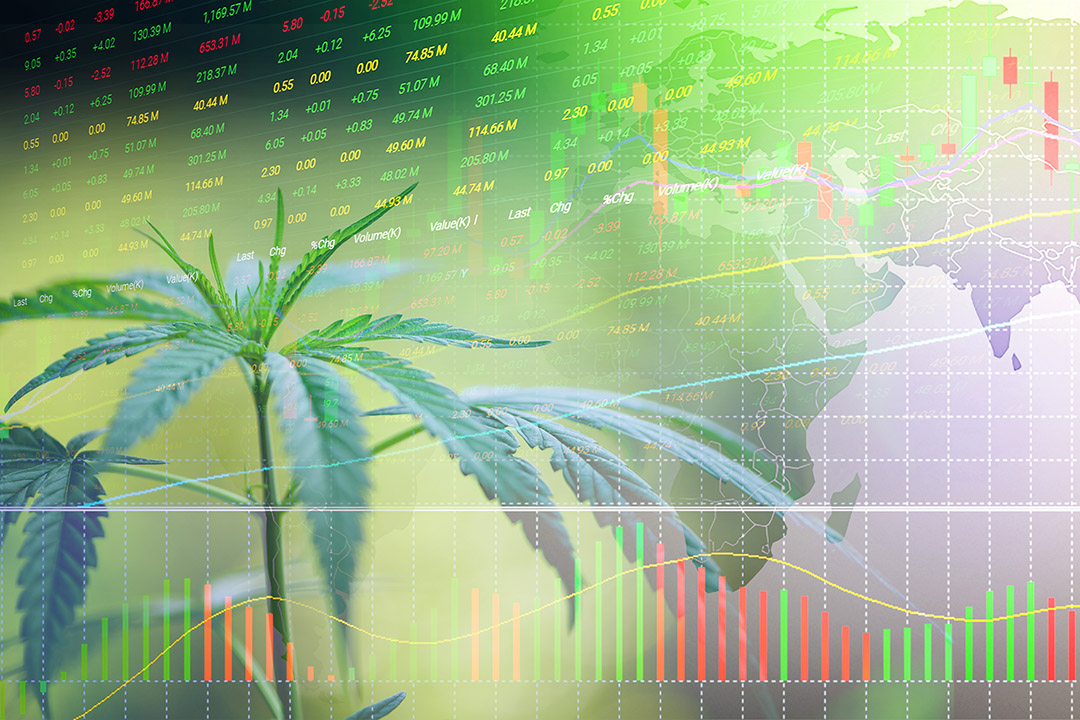 Will cannabis stocks get back in the green?

Having been subject to a harsh reality check over the last year or so, the ASX listed cannabis sector is applauding the local medicine regulator’s endorsement of the weed as an effective therapy that should be more freely available to the ailing masses.

But the path to the pharmacy is likely to be harder than they think, with an emerging supply glut pushing prices to record lows.

In an interim ruling this month, the Therapeutic Goods Administration (TGA) said it intended to downgrade low dose cannabidiol (CBD) formulations from a schedule four poison to schedule three.

Effective from next July, this reform will allow CBD formulations to become an over-the-counter (OTC) pharmacy medication. The patient does not require a prescription, but the chemist acts as a gatekeeper to determine whether a particular product is suitable for the condition.

In case you’re wondering, the formulas need to contain no more than 2% of tetrahydrocannabinol, THC, the psychoactive component of cannabis. Advertising the drugs is also banned and the medicine has to be in tablet form, not vaped or topically applied.

The University of Sydney’s Professor Iain McGregor says the move is an “unprecedented global phenomenon” and a “huge exercise in self medication”.

At face value the decree suggests the authorities have accepted that low-dose CBD formulations won’t do any harm for less serious conditions.

Another interpretation is that the proposed regulatory loosening is, in fact, a disguised tightening of the rules.

Why? Crucially, the CBD formulation has to be approved and on the Australian Register of Therapeutic Goods (ARTG), which requires “high quality” clinical evidence.

In other words: they will need to produce similar clinical data to a developer of a prescription CBD medicine.

Bear in mind the TGA has approved only one marijuana drug: Sativex (nabiximols) to treat multiple sclerosis spasticity. Another one Epidiolex (also known as Epidyolex) is under priority by the regulator and is expected to get the green light.

Medlab Clinical (MDC) CEO Sean Hall argues most companies have missed the point that ‘schedule three’ remains a national poisons scheme rating for an approved drug – not a free-for-all.

“It’s the latter bit they miss out on – it must be approved,” he says. “This hurdle rate is going to be the sticking point for many of them.”

Then there’s the degree to which chemists will be willing to stock, and recommend, CBD medications. As one could imagine, casual or curious customers are likely to be given the short shrift – or the third degree.

In reality, some cannabis companies will be much better prepared than others to get their substances on the chemist shelves when the change becomes effective in mid 2021.

“It’s one thing to persuade chemists to stock a medication,” Althea Group (AGH) chief Josh Fegan says. “But it’s another to persuade them to advocate it to the customer.”

“The relationship with the pharmacist is going to be very important. Just because it’s available it doesn’t mean they are going to support it.”

If you think Althea is talking its own book in this regard, the company already has a range of prescription formulations that are likely to meet the over-the-counter requirements.

The company also has an education program called Concierge, which has trained doctors and pharmacists on the wonders of the weed.

“Regardless of these challenges, I still think it’s a very positive outcome,” she said.

“For example, you would not want to put a child suffering seizures on to this; you would need 300-500 milligrams and sometimes up to 1000 mg of CBD a day.”

“But there could be conditions such as anxiety and insomnia where a small amount might assist. But if they consume [a CBD product] and it doesn’t have a therapeutic effect, there could be some backlash towards CBD and medical cannabis.”

Then there’s the issue of cost of the elixirs, which needs to stack up against non-CBD alternatives and – we dare say – the illegal cannabis market.

Sativex, which is not subsided under the Pharmaceutical Benefits Scheme, sells for around $745 for a four to six week supply.

Althea’s Fegan estimates the OTC versions will sell for $100-200 for a month’s supply, but much depends on the extent of clinical costs that need to be recouped.

But he cautions that as with most over the counter treatments, they should only be used for mild or sporadic ailments. “They should not be a substitute for prescription in the case of more serious diseases. It’s a case of ‘if pain persists, see your doctor’.”

In the meantime, the key conduit for patients to access cannabis treatments via the TGA’s Special Access Scheme (SAS), which enables authorised doctors to prescribe unapproved medication in cases of unmet needs.

This month Zelira Therapeutics (ZLD) announced its clinically proven CBD insomnia drug Zenivol would be available under the SAS, which paves a global rollout.

In the year to 31 August, the TGA approved 61,000 applications for cannabis use, covering conditions such as cancer induced nausea and vomiting, childhood epilepsy, neurological pain, spasticity and anorexia and wasting disorders.

In the month of August the agency approved 5270 applications, 82% higher than the August 2019 run rate.

These stats show that despite the lack of hard clinical evidence demanded by the TGA, medical cannabis is winning recognition from the medical fraternity.

But according to Fresh Leaf Analytics, the pot suppliers are vying for market shares at a time when prices have dropped to record lows.

In its latest quarterly report, the firm estimates the number of available products doubled to 150 over the last year and could double again over the next 12 months.

This “suggests the Australian cannabis market is saturated and that the current product growth is trajectory.”

Perversely though, the section three downscheduling could stymie the scheme because as the number of approved OTC treatments grow, there will be fewer available to be prescribed under the looser, experimental auspices of the SAS.

Medlab’s Hall sees the downscheduling as actually “tightening the reins on what they see as safe and very low risk to the public.”

As he explains, the SAS was designed to access novel treatments for difficult diseases such as cancers and HIV. “But if there’s an ARTG registered drug, that should void any incoming SAS request for a product that looks and feels similar.”

In reality, the key beneficiaries could be the established Canadian cannabis plays that already have production and distribution down to a fine art.

The owner of both Sativa and Epidiolex, Britain’s GW Pharmaceuticals is tipped to devise a low dose version of the latter to meet the OTC requirements.

As one industry participant notes: “Those already in the medical cannabis space will be better positioned than new players who think it’s an easy avenue to sell cannabis product.”