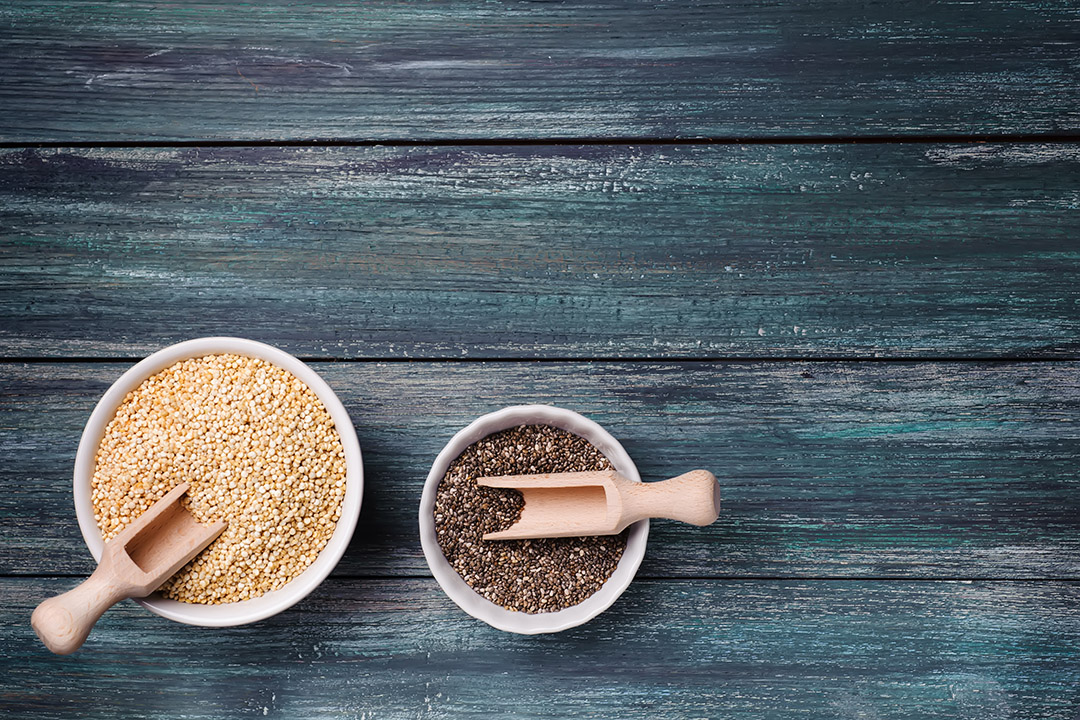 The latest company to brave the sparse list of new ASX listings can’t be accused of being off-trend when it comes to tapping the dietary habits of younger inner-urban consumers that are more about quinoa and chia and less about KFC.

In the throes of a $6 million raising, Forbidden Foods (FFF) claims to have a deep understanding of its customer demographic because founders and former university chums Marcus Brown and Jarrod Milani are only in their early 30s.

“We are up against a lot of mature brands,” Brown says. “As a young team we resonate with millennials in terms of our brands and how we market them.”

The company also taps the ‘fake meat’ craze and is one of the few ASX exposures to the ingredients from which ersatz chicken burgers are made.

The duo founded Forbidden about a decade ago, long before organic grains and plant-based ingredients became mainstream products. Brown has an insurance background, while Milani was in charge of marketing booze for Coles.

Forbidden’s well-established eponymous brand covers lines such as black rice and gluten free grains and is sold in Woolworths and IGA ( a deal with Kaufland to supply snacking products fell over when the German chain abruptly quit Australia).

Under the Sensory Mill brand, Forbidden sells flours and powders derived from plants such as apple, banana hemp flower – anything high in protein, nutrients and fibre.

But arguably the company’s best prospects lie with its Funch-branded baby foods, which are made from ingredients fully sourced from Australia, such as Victorian fruit.

Despite the baby food sector’s ‘clean and green’ export hype, other suppliers such as Bellamy’s (now Chinese owned) and Bubs Australia (BUBS) use foreign ingredients if only because local supply is unavailable.

“(Baby food) brands are becoming quite mature in the way they look and feel,” Brown says. “The next generation of mums and dads isn’t the old generation. They won’t be same purchasers in three years and brands need to keep up.”

Changing consumer tastes aside, Brown argues the company is also ideally placed in the Covid-19 era, given the heightened debate about the need for more robust local supply chains.

“We are seeing a lot more of that discussion, focused around Brand Australia,” Brown says.

The pandemic also means the company has seen as “drastic” increase in demand for grains, seeds and exotic rice varieties  from home cooks.

“Anything food related is really positive in this environment,” Brown says, adding that at least Victoria’s harsh lock-down is confined to Forbidden’s home state.

But it doesn’t run its own factories, preferring toll manufacturing arrangements.

While Forbidden supplies to the supermarkets, the company has a spread of clients across retail channels as well as food services and a fledgling export business.

Brown says the company is not “overly compromised or concentrated in one sector”, although the prospectus cautions that 75% of revenue derives from the five biggest clients.

Forbidden may be walking among giants but itself is a small shebang: in the year to June 2020 the company generated revenue of $4.1 million (up 20%) and lost $2.4m.

The company has the capacity to grow annually to $20m with its current resources and is also close to break even.

Pitched at 20 cents a share, the offer closes on August 14 with an expected August 31 listing date. Post listing, Brown and Milani will own 20% of the company, which will have a nominal market cap of $15m and a slender enterprise value of $9m.

A rough comparison is the WA based Wide Open Agriculture (WOA), which fosters the sustainable growing of both animal and plant products. The company is working on extracting proteins and lupins and is developing an oat milk product.

In the baby food space – albeit dairy rather than plan oriented - BUBS Australia points to revenue of $62m in the 2019-20 year and is not yet profitable.

Amid the pandemic, the western world can be divided into the shiny-happy whole foods folk and those seeking to alleviate the stress with comfort food or a sugar fix.

“The change in customer behaviour over such a short space of time has been profound,” says Candy Club director Andrew Clark.

On that note, Candy Club is doing a brisk trade in supplying premium confectionery to US retailers, with the coranavirus plague and widespread civil unrest fuelling consumers’ appetites for Sour Pink Cadillacs, Gummy Dinos and Blue Razz Laces.

After listing in February 2019 with an online business-to-consumer model, Candy Club changed to focus on the business-to-business market. Under both models, the company sold exclusive in the US, hence the ‘candy’ moniker.

Unlike so many retailers, Candy Club is not so much a story of online migration but tapping the physical presence of non-food retailers.

While grocers have perfected art of having chocolate and lollies in the checkout lane, the company realised that the similar space at non-food retailers was being underused.

“We are pursuing a white space category where candy is not the core product,’’ says Clark. “Companies that would never think to have sold candy are now making incremental sales and profits.”

As of the end of June the company had signed up 4500 customers, compared with 2000 at the end of December. Examples are fashion house Polo Ralph Lauren, Barnes & Noble and gift shop Hallmark.

“We are only a pimple on a pumpkin in terms of the size of the US market,” Clark says. “The company would barely register on industry data because it is so small.”

The company lost $US400,000 but expects to become profitable in the current quarter.

A former exec with the likes of Cadbury Schweppes and Nestle, Clark says the company has no real ASX comparator given its focus away from mass market lines such as $1 chocolate bars.

For this reason he’s keen to avoid comparisons with Yowie Group (YOW), even though both companies operate fully or mainly in the US. Yowie graces the shelves of Walmart, the world’s biggest retailer.

The Perth based Yowie saw June quarter sales slump 35 per cent to $US1.95 million, although business picked up in the month of June.

The company has been subject to a prolonged battle for control involving infamous raider Nicholas Bolton – the point of interest not being sweet toothed Americans but the company’s $US11.8 million cash stockpile

A promised 4c a share capital return will take care of half of this cash stash. In the meantime, Yowie has a market cap of a mere $7.8m.