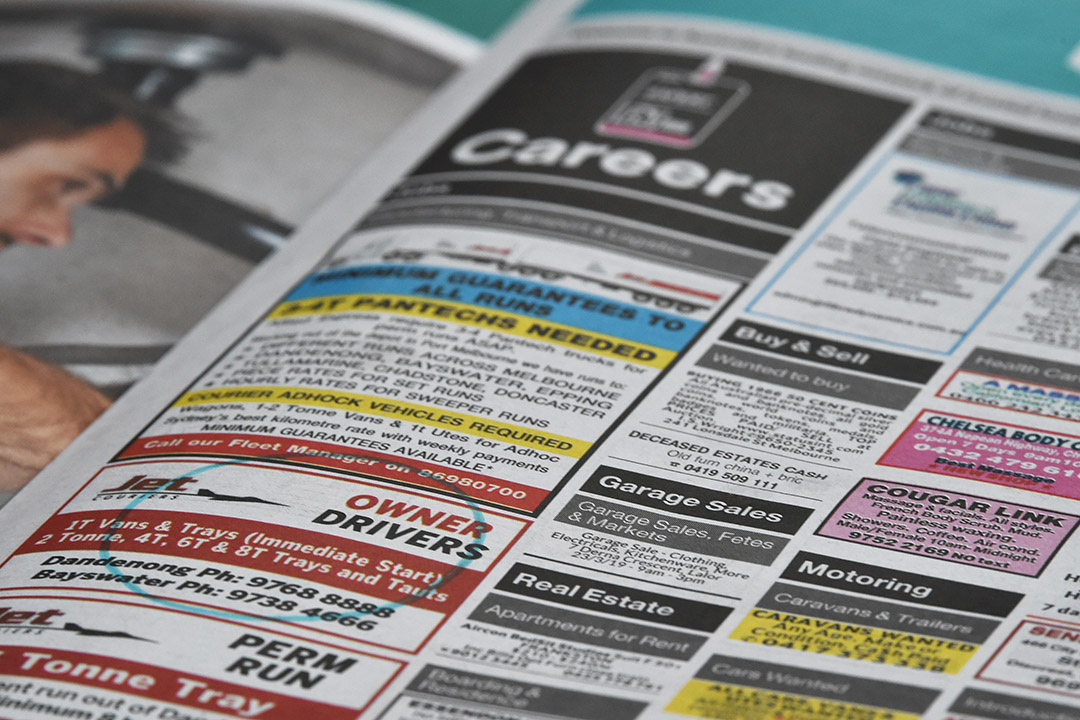 Job seekers routinely are warned that a recruiter will accept or reject an application in a matter of seconds, with a missing keyword or a grammatical error consigning the paperwork to the ‘rejected’ pile.

Attributing a previous employment separation to ‘personality differences’ doesn’t help either - and don’t even think about using emojis in the covering letter.

Given the job wranglers have to sift through thousands of resumes and florid covering letters, the hasty approach is understandable.

But when the machines (algorithms) take over the process, applicants will have to be even more careful to hit the right note with key words that precisely describe their skills and other attributes.

The use of machine learning & AI

“Boiler rooms can only grow as quickly as they can open new regions or acquire other firms,” he says. “This is an old model.”

The Perth-based outfit listed recently after a $6 million raising, with the charter of entirely automating the process to speed up the time consuming and costly process.

While the candidate needs to be careful to match their attributes with the job description, a key advantage is that the process removes unconscious bias.

After all, algorithms are inherently not prejudiced against older applicants, people with a disability or those of colour – unless they are trained to be.

As well as a fixed-fee recruitment business, Hiremii has a full service labour-hire arm called Oncontractor.

Brophy says the standard hiring process takes 40 to 68 days, with the employer bearing the cost of the agency, its own cost and the jobs board such as Seek.

Hiremii reckons it can get the process down to two days and charges a flat $4,500.

The employer, by the way, remains responsible for the final interview process although we reckon a robot just as easily could ask ‘what are your strengths and weaknesses?’ and ‘where do you expect to be in five years’ time?’.

The robotic approach is certainly gaining traction, with Hiremii’s revenue growing from $73,000 in 2018 to $6.2 million last year, with December half turnover of $3.5m.

Hiremii has 31 clients on its books, including the accounting firm PWC and the asset manager UGL, with overall revenue highly skewed to the latter.

The rosy revenue trajectory didn’t prevent Hiremii stock from having a soggy debut, with the shares now trading at less than half their 20 cent listing value.

If the stock were a new recruit on three months’ probation, it would be in danger of being ‘sacked’.

Brophy says he’s “flabbergasted” by the poor reaction to the listing, which coincided with a general sell off of tech stocks.

“Nothing fundamental has changed since we lodged the prospectus,” he says. “We have no debt and money in the bank to scale up.”

Remarkably, Hiremii’s own workforce consists of 10 people, including Brophy, the CFO and the chief tech guy.

The recruitment sector has generated patchy returns at best over the years, despite the country’s prolonged low unemployment.

Still, Hiremii estimates the hiring market is worth $40 billion a year: $15 billion for pure recruitment and $25.7 billion for contract labour hire. It’s also saturated, with more than 9,000 firms competing.

Most were taken over, privatised or simply withered away.

Operating under the PeopleIn brand and founded 25 years ago, People Infrastructure remains one of the more substantive players with a $420 million market cap.

With its on-trend ASX ticker of PPE, the Brisbane-based outfit has been an active acquirer of late, snapping up casual staffing, nursing agency and surveying businesses in three states.

The company has shrugged off the pandemic blues, reporting first-half underlying earnings of $21 million, up 49% and guiding to a full year number of $35-37m (38% higher at the midpoint).

While Hiremii claims its business model is unique, it is often compared with that of Livehire (LVH), which is backed by industry doyen Geoff Morgan of Morgan & Banks fame.

Under the Livehire model, candidates own their data and can join the talent pools of client companies. The site curates an updated candidate for every job in the organisation.

The company listed in June 2016 at 20 cents apiece and at last glance changed hands at 36 cents, ascribing a market worth of just over $100 million.

Meanwhile, shares in teacher recruitment specialist Schrole Group (SCL) are languishing, despite the company reporting the best quarterly revenue since listing in 2017 ($920,000). In the carefree days of open borders, Schrole extolled the opportunities for local teachers to work abroad on a fatter salary. Suffice to say, a posting in China or Vietnam no longer holds the same appeal.

The latter is especially crucial given the non-Schrole related case of Neil Lennie, the Melbourne teacher who held roles at three private schools – including principal of Caulfield Grammar – on bogus qualifications.

At 1.8 cents, Schrole shares are trading below the levels of the 2017 back door listing which saw $2 million of share issued at 2 cents apiece. Under the circumstances that’s just enough to avoid after-school detention, but only just.

Apply Direct (AD1) lumbers on with its now multi-pronged focus on “customer branded talent attraction”, employee experience and something to do with utilities and managed services.

The stock trades at 3.6 cents compared with 34 cents five years ago, for a market cap of $22 million (similar to Schrole’s).

Arguably a better way for investors to tackle the sector is via the gig economy (the recently listed Airtasker, ASX code ART) or stocks in the broader HR game not so reliant on a one-off transaction.

After all, everything likes to be paid on time and without hassle: turning up every day to the dark satanic mill is hard enough.