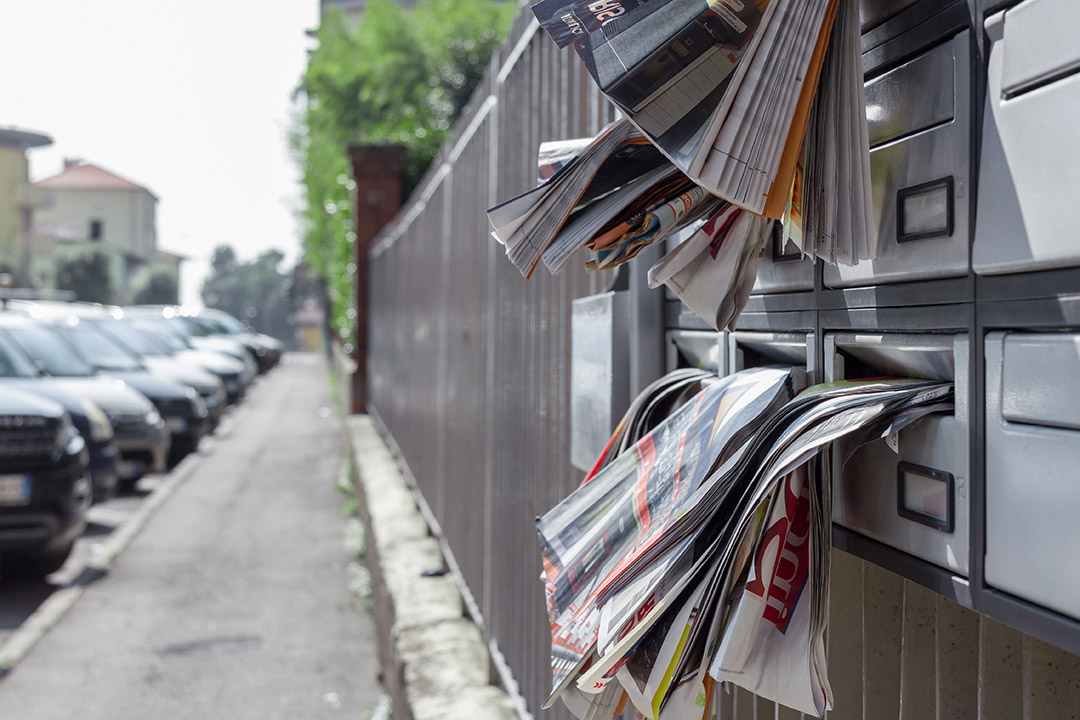 Is this the end of junk mail?

In a victory for the ‘no junk mail’ eco warriors and a blow for an army of 14,000 letterbox walkers, grocer Coles last week ceded to the digital age and stopped producing physical sales catalogues for seven million Australian households.

Whether other mass market retailers follow suit is of keen interest to IVE Group (IGL) and Ovato (OVT), the foremost printers and distributors of the letterbox clogging material.

The holder of the Coles printing contract, IVE estimates the loss of work will reduce its revenue by $35-40 million a year, equivalent to around 5 per cent of last year’s turnover of $691.5m.

The analysts’ questioning IVE’s recent results briefing swiftly turned to the lingering question: are we seeing the long heralded demise of junk mail?

Coles claimed its decision will save 10,000 tonnes of paper and 80,000 trees a year. But IVE’s – and the broader printing industry’s – line is that as trees are renewable and act as carbon sinks, catalogues have more green credentials than energy sapping digital browsing.

Despite online shopping, more than 11 million catalogues are still delivered to seven million households weekly – compared with only 400,000 online.

“As a channel they have been very effective for decades,” IVE executive chair Geoff Selig says. “They [catalogues] have also existed alongside the digital medium for a very long time.”

Selig’s assurances aside, IVE’s faith in catalogues was reflected more tangibly with the company’s purchase of the country’s biggest letterbox business, from the now delisted Salmat, for $25m.

Mind you, management also hedged its bets by buying Lasoo, a site that aggregates digital catalogues for easy and interactive viewing.

Overall, IVE derives 20% of its revenues from companies involved in white goods, furniture and electrical; and a further 12.5% from supermarkets.

These are the sectors going gangbusters during COVID-19, although the viralytic curse forced the company to report a $20m full-year loss compared with a $31.3m previously.

“I don’t believe that as a business we could have responded any better to the crisis,” Selig says.

“We can’t close the doors week in week out,” he says. “We had to respond to huge swings and volatility in revenue to recalibrate the business and respond to market movements.”

“Our cost base was probably more flexible than we thought.”

An amalgam of printing, digital marketing and distribution business, IVE sprung from the antecedent company Selig Printing that dates back to 1921.

The company pocketed $16.8m of JobKeeper payments. But it does not expect to be eligible beyond September, which is reassuring in that revenue has recovered.

Management guides to “consistent” underlying earnings for the current year.

IVE shares have been harshly dealt with, given they were trading at above $2 before the late February corona meltdown. Reflecting this demise, the stock gets chucked out of the ASX 300 index next Monday.

Shaw Stockbroking assumes a slightly less generous $22m profit on revenue of $692m and a 6.7c a share dividend.

Split the difference between these estimates and IVE trades on an earnings multiple of 4.4 times and a fully franked yield of 10%.

Of course, punters need to be convinced the Coles catalogue decision was an outlier rather than a wider harbinger of doom for the letterbox stuffers.

In early 2019, catalogue and magazine printer (and IVE rival) PMP sought to distance itself from its legacy of woes with the time honoured strategy of changing its name.

The new moniker Ovato was inspired by the word ‘ovation’ – “the strongest response an audience can give”.

Granted, $92m of one-off items accounted for most of the red ink. But underlying earnings (EBITDA) also plunged 70% to $9.2m, which isn’t much to show for $539m of sales.

Ovato’s supposedly transformative moment came in 2017, when the competition regulator approved the merger of PMP with arch rival IPMG. The union saw IPMG’s owners, the Hannan family, emerge with a 37% PMP stake (and now a 53% Ovato stake).

By reducing the number of big-ticket catalogue printers from three to two, the merger promised to rid the sector of overcapacity and an entrenched culture of discounting just to win the volume and keep the presses whirring.

Ovato has been in the throes of cost cutting and restructuring, notably the closure of its Moorebank plant in Sydney and replacing six inefficient presses in favour of a $20 million monster capable of printing 80 pages at a time.

Asset sales are also on the cards, in view of a “smaller but more agile and profitable Ovato”.

Having traded at pre-corona levels of 6c, Ovato shares are now trading in the 1c valley of death.

One scenario is that the Hannan family swoops with a takeover offer, thus putting Ovato investors out of their memory after 30 years of underperformance as a listed company.

But why hasn’t it already done so?

To be fair, Ovato still has half a billion of revenue to play with and an impressive rota of clients, including Woolworths, Kmart/Target, Harvey Norman, as well as the (shrinking) stable of mags recently acquired by Mercury Capital from Bauer Media.

Unless management can work out how to trickle more of this turnover to the bottom line, the only reception from investors will be loud raspberries.