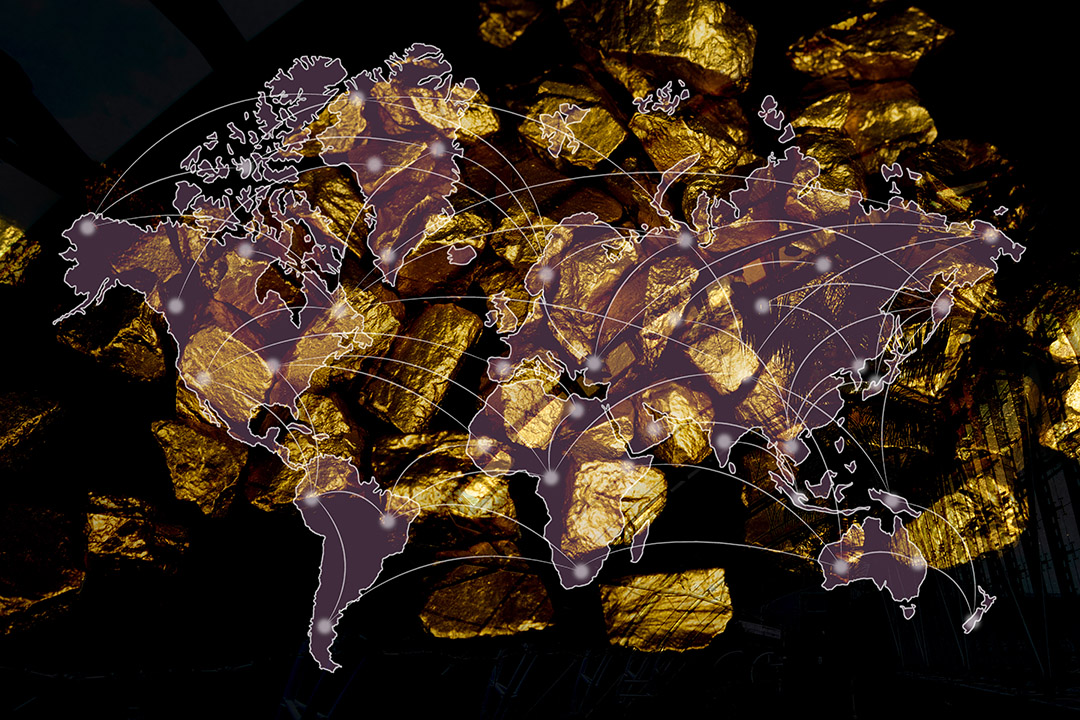 The gaze of ASX gold watchers has averted from the exploration minnows to the top end of town, after the stunning ‘merger of equals’ of Northern Star Resources and Saracen Minerals, which will create the world’s sixth biggest gold miner by market capitalisation.

We say ‘stunning’ because no-one really expected it, although in glorious hindsight it was an obvious ploy, given the duo’s dual ownership of the Kalgoorlie Super Pit and the vaunted $1.5 billion to $2 billion of synergy benefits flowing from the union.

Given the buoyant gold price – albeit off recent record levels – there no doubt will be more such supersized plays. But what’s perhaps more interesting is the acceleration of the spin-off activity that we are already seeing in the sector.

As veteran broker Richard Morrow from EL & C Baillieu puts it, “flotsam and jetsam” will break away from the new mega miner.

“Many experienced mining execs will not make the merged team and will leave to create their own gold companies,” he writes.

“Many projects won’t make the grade inside the $16 billion monolith. These projects will find their way into new companies where the mining potential will be examined by fresh sets of eyes. Again, new companies and new mines will emerge.”

We suspect value will emerge among these spin offs, rather than the established producers that have run hard already.

Meanwhile, the spin-off activity has begun in earnest.

Over months of lockdown, the denizens of ‘Sicktoria’ have endured a stream of quips from their liberated neighbours, such as the one about Australia being like the Spice Girls because everyone is doing their best except for Victoria.

But you can’t take away free-settler state’s historical status as one of the world’s leading gold producers and its latter day reputation as being one of the most prospective.

Still, the recent gold price retraction from record levels took the gloss off North Stawell’s much anticipated listing, with the shares now well shy of the 50 cents a share issue price, despite the raising closing well oversubscribed.

A spin off of the Victor Smorgon family’s Leviathan Resources, North Stawell is exploring the notion that the rich gold resource that supports the working Stawell gold mine extends 50 kilometres undercover.

The mine is worked by a consortium led by Leviathan, having produced 5 million ounces historically.

North Stawell’s 262 square kilometres of tenements are at the periphery of the so-called Golden Triangle between Stawell, Bendigo and Ballarat, which has produced 66 million ounces of gold historically.

The Holy Grail is to unearth a clone of Kirkland Lake Gold’s revived Fosterville mine, which contains a monstrous 2.7 million ounces of gold at more than 30 grams a tonne.

The underground mine also produced 619,000 ounces last year, making it one of the world’s most profitable projects.

Armed with $20 million from the raising, North Stawell will launch a $14 million, 75,000 metre program over two years.

By comparing its New Zealand prospects to Victoria’s “mesothermal” (large and continuous) gold deposits, the latest ASX gold entrant stretches the ‘nearism’ concept all the way across the Tasman.

In truth, Siren’s Reefton Gold Project on the South Island stands up on its own merits: the region produced two million ounces of hard rock and alluvial gold from 1870 to 954, while Oceania Gold’s Globe-Progress open-cut spat out 620,000 oz before being mothballed in 2015.

Siren Gold shares debuted strongly on Tuesday, at a 45% premium to their 25 cents a share issue price.

We’re relieved to read the $10m raised will be “utilised in a cost-effective manner to advance the company’s business.”

Meanwhile, private company Federation Mining has the backing of Australian Super to redevelop the nearby Blackwater Mine, which produced 750,000 ounces up until the 1950s.

Megado Gold (MEG) is due to list this month, having raised $6 million in an oversubscribed whip ‘round. Megado’s shtick is not so much about nearism as Ethiopia, which is not known as a gold province but hosts several multi-million ounce mines. Megado’s ground covers 510 square kilometres with geography “analogous to WA’s eastern goldfields” – so it is a ‘nearism’ yarn after all.

Still on distant locales, Pathfinder Resources (PF1) is seeking to raise $6 million based on Argentina’s King Tut gold project that was last mined in the 1950s.

And this one’s definitely not a ‘nearism’ play because this King Tut is nowhere near Egypt.

Pathfinder is emerging from the shell of Winmar Resources, named in honour of former St Kilda AFL football player and anti-racism advocate Nicky Winmar. Pathfinder intends to acquire the King Tut project and retain two existing ventures: the Gowanda cobalt project in Canada and some iron ore turf in the Hamersley region. But from what we can see the raising is all about King Tut, which is in the La Rioja province close to the Chilean border. Pathfinder was slated to list on October 14.

For D.I.Y prospectors, the gold bug has been as easy to catch as the coronavirus in a White House situation room. One of the profit reporting season’s quietest achievers, Codan makes metal detectors as well as land mine detectors and communication systems.

Codan gleans two-third of its revenue from detectors, which range from a $US99-249 ($140-350) entry-level model for casual prospectors to a $US8000 version for the more serious trophy hunters.

Codan exports 90% of its products to customers in 150 countries, including Africa’s artisanal mining scheme.  In fact, the Dark Continent accounts for close to half of revenues. Last month the company won a $US10 million one-off contract to provide tactical radios to a “large African government” – presumably a solvent one.

Since the start of calendar 2020 Codan shares have surged more than 50%, while the ASX gold index is up about 24%.

Demand for Codan’s gear could be affected by the current gold price retraction, although the company’s diverse offerings mean it should be better insulated than the diggers and drillers themselves.

Management says the current year has started well, but is reserving details for its October 28 AGM.