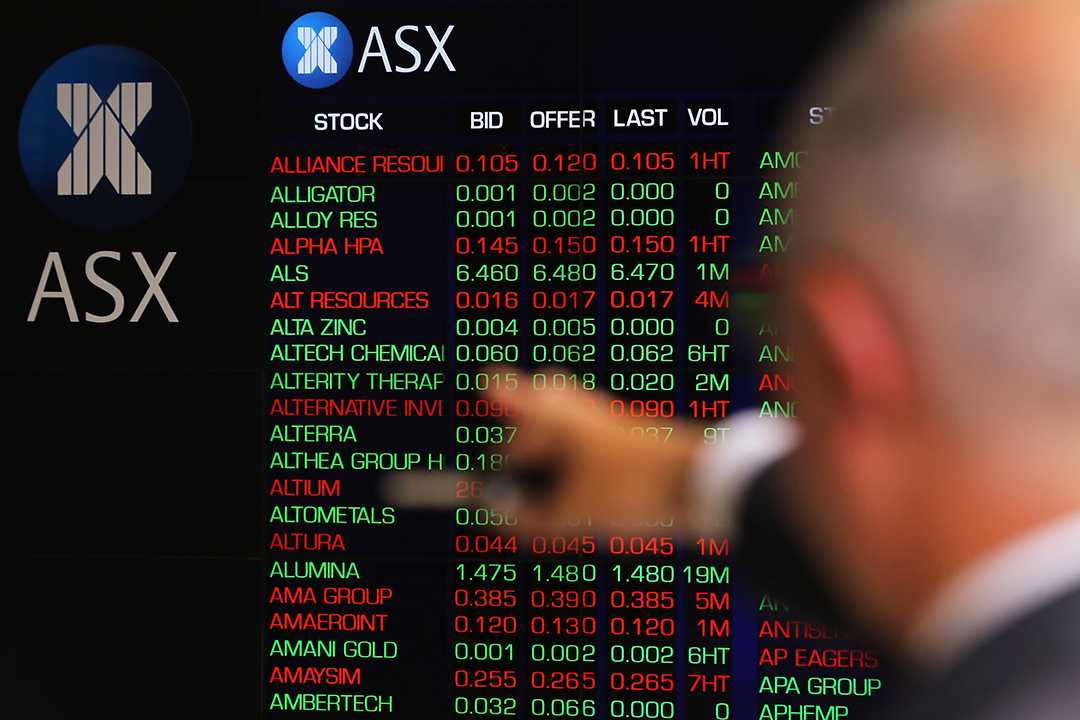 Are some stocks safer than others in this virus-affected market?

Investors need no reminder that the ultra safe alternative of cash deposits offers pathetic returns, while the other option of property is also hazardous given the residential sector’s miraculous recovery and scope for a more predictable correction.

Where the bourse goes from here is anyone’s guess, but for the time being it looks well and truly “coronaed”, with the bug spreading faster than locker room gossip and now affecting our daily working lives.

So are some stocks, or sectors, safer than others?

The answer is: sort of. In truth, if conditions really deteriorate the market gods won’t be too discerning in terms of what stocks get whacked.

But some stocks certainly look riskier than others, notably emerging loss-making tech plays that trade on extravagant multiples. Anything speculative — whether in resources or biotechnology — is clearly vulnerable as risk capital dries up.

Bank stocks are interesting valuation wise, but fraught with peril if the virus leads to mass business defaults.

The yellow metal initially failed to live up to its traditional safe harbour role when the market rot set in, but started to do so after the Federal Reserve brought out its monetary bazooka (slashing rates 50 basis points to 125 basis points).

Typically, gold reacts well to rate cuts because they lessen the appeal of investing in bonds relative to zero-yielding bullion. But other factors, such as the oil price plunge and the activity of gold-linked exchange traded funds also come into play.

One theory goes bullion hoarders have been liquidating their stocks to meet equity margin calls. Or that, like shares, gold simply was correcting after a decent run.

At the time of writing, shares in Newcrest Mining (NCM) and Northern Star (NST), the country’s biggest and second-biggest gold stocks by market valuation, were barely higher than when the market troubles emerged. But the gold bugs maintain that if the crisis deepens, the lustrous stuff will shine.

As the cross-border transit point for germs as well as travellers, Sydney Airport (SYD) understandably has been hard hit by the coronavirus crisis — the shares are about 25% off their December 2019 peak.

But guess what? When the crisis has abated, the airport will still be Sydney’s main gateway with the city’s most expensive parking. We suspect though that there’s no need to rush.

Meanwhile, shares in toll-road operator Transurban (TCL) have held up relatively well — they are about 10% off their mid ­February zenith.

However, Transurban shares would suffer in a fully blown pandemic involving mass school and workplace closures.

As with the infrastructure plays, the real estate investment trusts benefit from low rates because of their inherently high gearing.

The half owner of the massive Chadstone shopping temple, Vicinity has reported a “material decline” in foot traffic during January.

Industrial and office valuations are toppish — or arguably so — ­especially in the key Sydney and Melbourne markets.

Historically the sector has held up well during market and economic downturns, which don’t necessarily coincide. Shares in the biggest, Tabcorp (TAH) have tumbled – but not as much as the market.

Casino operators Crown Resorts (CWN) and Star Entertainment Group (SGR) have not fared so well, because their gambling dens are more directly exposed to the coronavirus threat, given their Asian patronage.

A number of listed credit trusts have emerged in recent years, offering retail investors an exposure to corporate debt (and bonds) with the lure higher yields than cash in the bank and with better capital protection than dividend paying shares.

So given the vehicles do not invest in equity, they should be impervious to the share market foment?

Er, not quite? At the time of writing Partners Group Global Income Fund (PGG) shares had declined some 13% and KKR Credit Income Fund (KKC) had fallen 15%.

It’s hard to grasp exactly what these funds are investing in, given the scope and complexity of their exposures. The managers argue they know what they’re doing – and they probably do – but the lesson is that the asset class is not necessarily lower risk when things turn pear shaped.

Just as Coles and Woolworths are defensive favourites because everyone has to eat, health stocks are deemed to be “no-brainers” in a sickly market. In the reporting season, stocks like imaging and radiology house Sonic Healthcare (SHC) and private hospital group Ramsay Health (RHC) produced OK numbers, while a takeover offer for Healius provided valuation support for the sector.

Global wonder stock CSL (CSL) upped its earnings guidance, while Cochlear (COH) was one of the first big companies to quantify the impact of the coronavirus.

The only problem with healthcare is the heady valuations: CSL trades on an earnings multiple of about 40 times.

The other ‘dead’ cert about healthcare is that it can’t save every patient. When doctors bury their mistakes, they are likely to end up in the clutches of dominant funeral operator Invocare (IVC).

Invocare shares have been on the nose because of concerns the company will struggle to grow in a mature market. But its calendar 2019 results showed higher than expected volumes as mortalities moving back to historic norms.

While both operators have mentioned the material effect a nasty flu season has on patronage, neither were crass enough to mention the obvious benefits of a full-blown coronavirus pandemic.