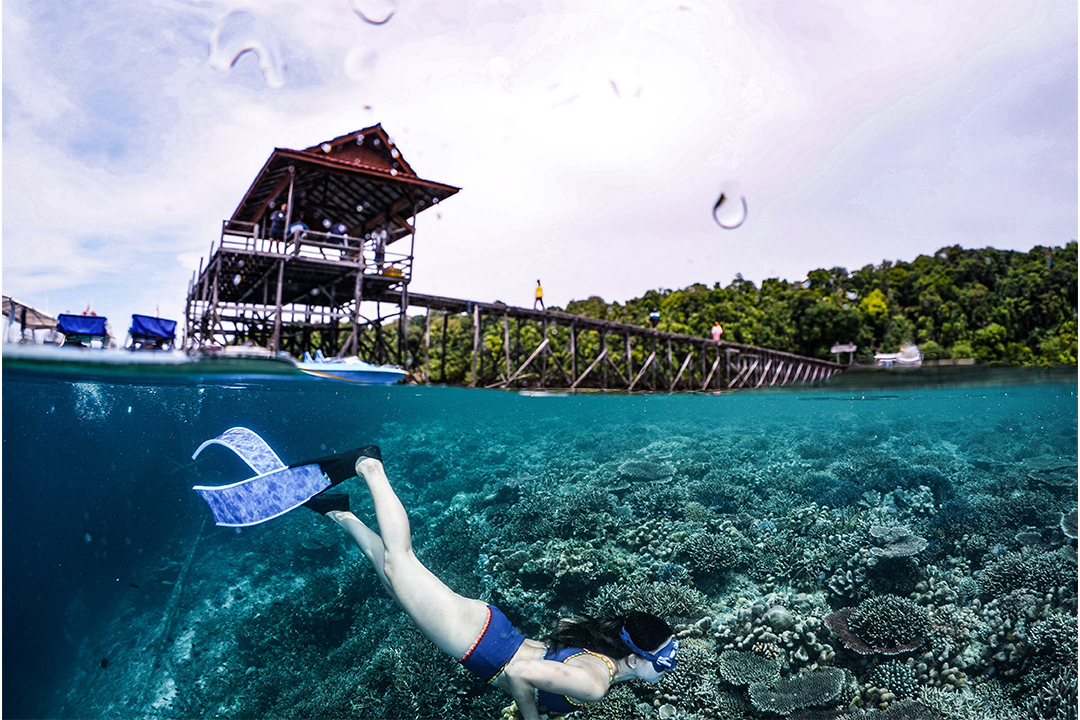 Ahead of The Great Reopening (terms and conditions apply), investors have been pre-emptively piling into the travel and tourism favourites such as Flight Centre, Webjet and Qantas.

There’s nothing wrong with that, especially given the travel agents have a heavy presence in offshore markets where the malevolent virus is being treated as a mere inconvenience.

On October 1, Scott Morrison announced that Australia’s international borders would be open to vaccinated travellers from November.

As it happens, the decree applies to Australian citizens and permanent residents returning home, with a decision on allowing tourists slated for “further down the track”.

So despite Qantas chief Alan Joyce’s enunciated flight timetables, one has to doubt when the walls of fortress Australia will really come a tumblin’ down.

Because of that, the pure-play domestic tourism operators would seem to be the safer bets.

Having said that, most of them have also run hard.

Strap yourself in: the adventure-oriented operator is girding for a powerful domestic tourism recovery with its $47 million cash-scrip acquisition of Trees Adventure, the biggest provider of ziplining and rope courses facilities at 14 sites in five states (staid SA misses out).

The purchase is a chunky addendum for Experience, which is best known for tandem skydiving across 17 locations here and in NZ.

In April, Experience shelled out $4-5 million for Wild Bush Luxury (owner of the Arkaba Walk and Homestead in the Flinders Ranges and Bamurru Plains in Kakadu) and Tassie’s Maria Island Walk.

Experience on October 4 finalised the institutional stanza of a $55 million equity rights raising struck at 33 cents per share, with the retail component due to close on October 19.

The Trees Adventure purchase is an ambitious one size-wise, but unlike first-time abseilers, investors should not be too concerned as the business looks to be within management’s comfort zone.

It’s not surprising that visitor numbers will dwindle with the closed borders, but some sectors – notably Great Barrier Reef diving tours – remained surprisingly robust (at least until the Sydney lockdown hit).

Management expects a “fast snap-back as and when lockdowns and restrictions are eased.”

Broker Ord Minnett doesn’t expect overseas border re-openings to impact until the 2022-23 year when it forecasts $111 million revenue and EBITDA of $25 million.

Strictly speaking, the ferry operator barely deserves a mention in the pantheon of domestic tourism because of its broad expansion into scheduled commuter services, including bus routes in Singapore and London.

But Sealink is perhaps still best known for its foundation Kangaroo Island ferry hop and its ownership of Captain Cook Cruises. The company also owns Brilliant Travel and the Kingfisher Bay Resort.

In the 2020-21 year, Sealink gleaned $702 million of its (record) revenue of $1.17 billion from its Australian bus routes and a further $255 million from the international bus franchise. So, landlubber transport accounted for 82% of total turnover, with ‘marine and tourism’ accounting for the remainder ($215 million).

But the latter division is far more profitable, operating on a 24% margin compared with 15% for international buses and 13% for the local ones.

The transport routes are underpinned by solid long-term government contracts, which is great. But a re-opening of international tourism will be the potent earnings swing factor.

Sealink’s tourism routes actually did quite well, at least in between lockdowns and especially in Queensland. The Hayman Island service was added a year ago while Sealink also services Bruny Island, Magnetic Island and North Stradbroke Island, among others.

Sealink this month dipped out on a 10-year $2.3 billion Melbourne bus contract, but Macquarie Equities cites $4 billion of tendering opportunities in Singapore alone.

Sealink is also waiting for a decision on Region 9, which sounds like an alien-infested part of New Mexico but is a Sydney bus franchise covering the eastern suburbs.

As could be expected, the lockdowns have badly affected the camper van group’s rentals, with bookings tanking to 5% of pre-pandemic sales at one stage.

But things are never quite so simple in the pandemic era. The biggest campervan fleet owner in Australia, Apollo also makes them and is surfing a boom in van ownership (not all of it from grey nomads).

Apollo’s Australian rental income of $26 million was eclipsed by $27 million from the sale of ex-fleet vehicles and $177 million from new RVs (made at the company’s Brisbane factory).

Apollo also enjoys the advantage of diversification, with its 1100-strong local fleet supplemented by 700 in NZ, 600 in the US/Canada and 300 in Europe/UK.

Best described as an Airbnb for road warriors, the Apollo-backed Camplify listed in June this year. The platform hooks up RV and caravan hirers with owners, which is a neat idea given the vehicles sit in the driveway for most of the year (even in non-pandemic times).

The company reports its September quarter results on October 21.

Camplify notes there are 741,000 RVs in Australia, with about half of the owners selling because they don’t use their asset enough.

With 6160 vans on its books, Camplify accounts for less than 1% of the market.

Camplify lost $2.1 million in the 2020-21 year, an improvement on the previous $2.3 million deficit. Management promises a year of “growth and scaling” but no word yet on when the company will be in the black.

In the meantime, Camplify shares trade at more than twice the $1.42 a share issue price, so investors in the IPO (and Apollo shareholders) should be happy campers indeed.