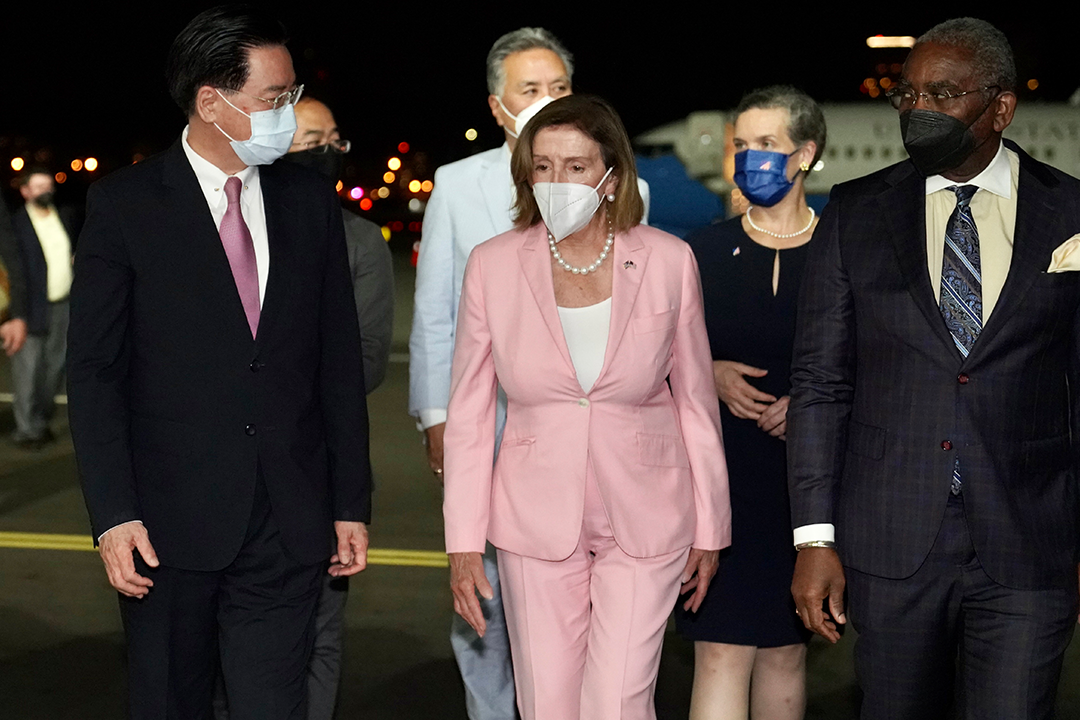 1. Pelosi lands in Taiwan, adds new chapter to China tensions
US House Speaker Nancy Pelosi has landed in Taipei and will meet Taiwanese President Tsai Ing-wen today, flying in the face of a warning issued by Beijing that her visit would spark serious consequences.

“I think the Chinese have a special dislike for Nancy Pelosi and that may be a factor in the very strong response,” Ms Glaser said. “I think China may also believe that President Biden could have intervened to stop this visit.”

“There is a potential for an accident,” Ms Glaser said shortly before Ms Pelosi touched down in Taipei. “If the US feels compelled to respond in a stronger way than Xi Jinping anticipates, that could be a miscalculation that could truly spiral.”

“The board expects to take further steps in the process of normalising monetary conditions over the months ahead, but it is not on a pre-set path,” Dr Lowe said in his post-meeting statement.

3. Accountants "blackmailed" by old software service after switching to Xero
Former clients of HandiSoft, an accounting software service and competitor to Xero, have experienced commercial “blackmail” after being charged between $2,000-$6,000 for continued access to their data on the platform after moving their operations to Xero’s cloud-based system.

A spokeswoman for The Access Group, the parent company of HandiSoft, said it acknowledged there had been problems with the software, but blamed them on the large number of customers moving to the company’s new systems. (AFR)

“We are currently transitioning a high volume of customers to new our systems and tools. As part of this process, we have been made aware that some customers are unfortunately experiencing issues. We are working directly with those impacted to resolve on a case-by-case basis, and as quickly as possible,” the spokeswoman said.

4. More east coast gas for east coast residents?
Australian east coast gas exporters including Santos and Origin Energy are said to be in discussions with industry lobbyists on proposals that would bring more gas into the domestic market as they look to head off potential curbs to LNG exports next year that would eat into profits.

“The shortfall is estimated by the national competition watchdog at as much as 56 petajoules, if all the non-contracted gas from the three LNG exporters is shipped offshore to the Asian spot market,” the AFR reports.