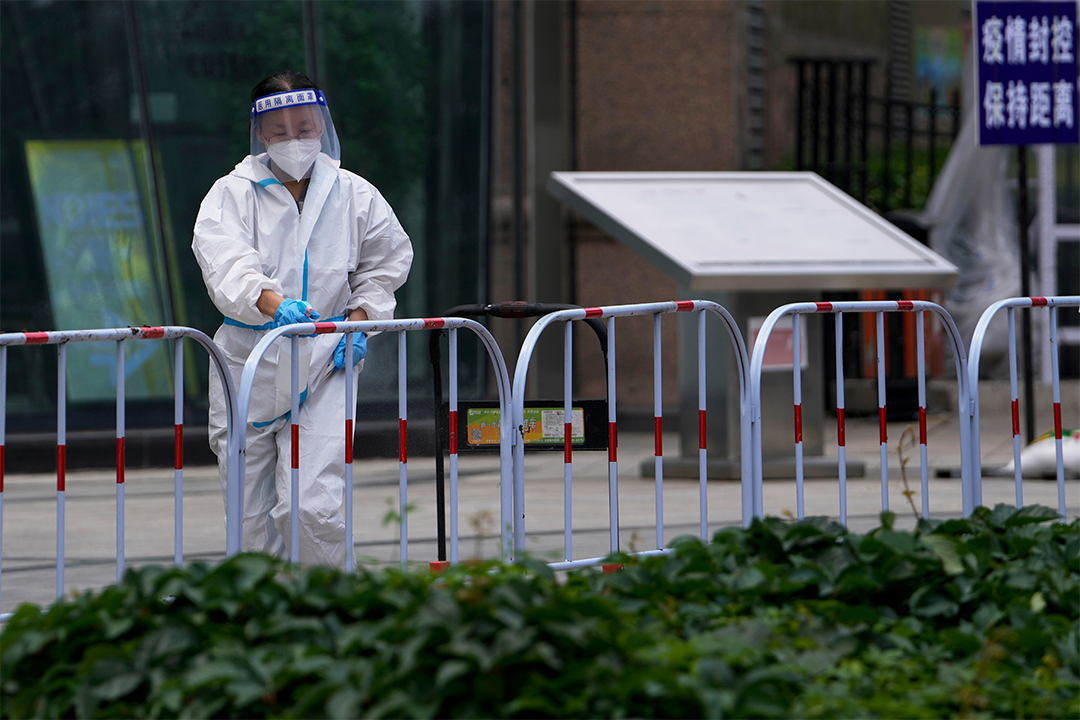 1. Covid Zero to remain in China into 2023, US envoy says
China’s stringent “zero Covid” policy of travel restrictions and city-wide lockdowns is likely to stretch into next year, and is actively discouraging American and European investment in China, the US ambassador to the country said. (Bloomberg)

“My honest assumption is that we’ll see the continuation of ‘zero Covid’ probably into the beginning months of 2023 - that’s what the Chinese government is signaling,” Nicholas Burns, the American envoy in Beijing, said during an online event on Thursday.

2. Bank of England hikes rates for fifth time in a row
In its fifth consecutive rate hike, the Bank of England’s Monetary Policy Committee “voted 6-3 to increase the Bank Rate by 25 basis points to 1.25%, with the three dissenting members voting for a 50 basis point hike to 1.5%,” CNBC reports.

The committee said in a statement Thursday that it will “take the actions necessary to return inflation to the 2% target sustainably in the medium term,” with the the scale, pace and timing of any further hikes depending on the economic outlook and inflationary pressures.

“The Committee will be particularly alert to indications of more persistent inflationary pressures, and will if necessary act forcefully in response,” the bank added.

3. Anthony Albanese stands firm against Greens on 43% emissions target
Despite pressure from the Australian Greens, PM Albanese has reaffirmed that his government will work diligently towards its intention of reducing emissions by 43% over 2005 levels by 2030, as well as net zero by 2050, which he formally communicated to the United Nations Framework Convention on Climate Change. These targets will be legislated when Parliament resumes on July 26.

“The Coalition opposes legislated targets, meaning the government will need the support of the Greens who have the balance of power in the Senate,” the AFR reports.

“Mr Albanese again warned there would be no negotiating a higher target or anything else the Greens want. Business groups which attended the UN signing ceremony, were owed investment certainty after more than a decade of dysfunction, he said.”

“The Greens are up for working together to pass good climate laws, but Labor’s already planning to undo any of Parliament’s good work by opening new coal and gas projects,” Greens leader Adam Bandt said in response.

“The emissions from new coal and gas projects, like the up to 13 per cent increase to Australia’s pollution from proceeding with Beetaloo, aren’t included in Labor’s modelling,” he said.

As for the journos, these ranged from ABC chairwoman Ita Buttrose to Sky News and Herald Sun commentator Andrew Bolt. The group includes most - but not all - reporters who have been to Ukraine or its neighbours, and a swathe of their senior editors.