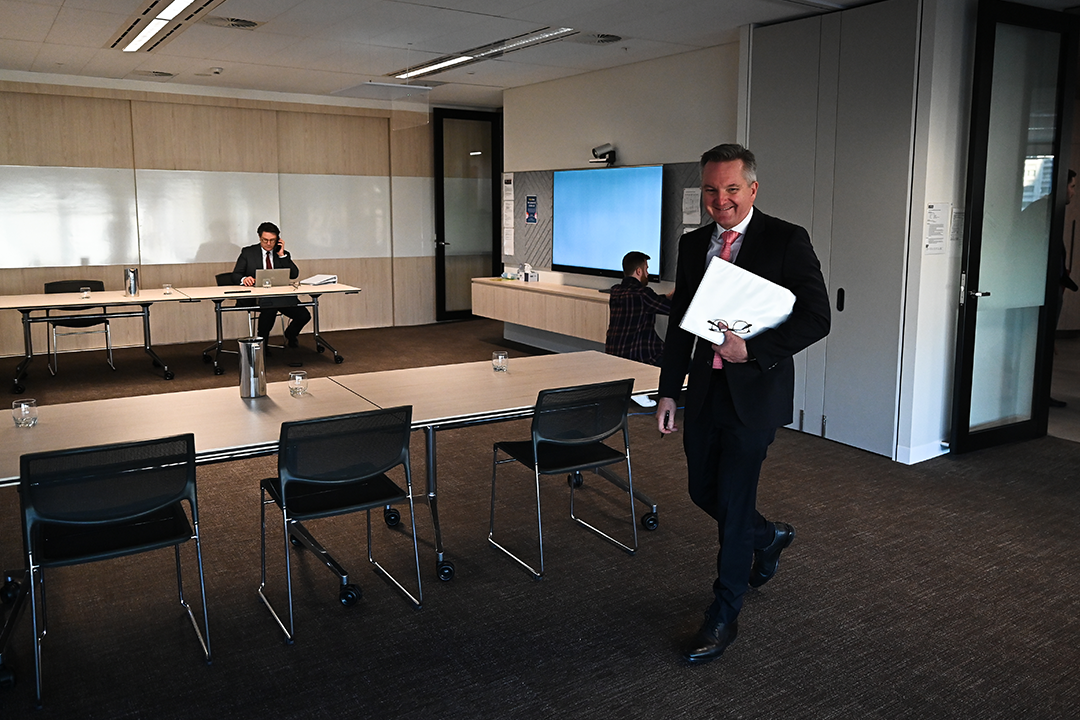 1. Energy minister says new gas measure to have early impact
Energy Minister Chris Bowen says some of the measures agreed on in yesterday’s energy ministers meeting will have a “pretty clear early effect”.

“Some of the immediate things – like giving AEMO the power to buy some gas and keep it in storage so it can be released in crises like the ones we faced last week – will have a pretty ... early effect, and certainly give us more powers to help us navigate crises like this,” Bowen told ABC’s RN Breakfast.

“One of the key agreements is to move forward with the so-called capacity mechanism now that would see energy retailers pay power providers to keep extra capacity.”

A spokesperson for the Russian embassy in Singapore told CNBC that “industrial buildings are often used by the Ukrainian military as strongholds and camouflage to stock and repair weaponry.”

However, the CEO of state-owned Ukrainian Railways, Alexander Kamyshin, said on social media there was no such equipment in their facility

“Russians shelled our railcar repairing facility in Kyiv this morning; and said they targeted tanks that were [in] our factory. That’s [a] lie,” Kamyshin said on Twitter.

“We don’t have any military machinery [in] our factory. Only freight railcars that help us export grain and iron ore.”

3. Macquarie entices savers with lucrative interest rate
Macquarie is set to offer an interest rate of 1.5% on its transaction account, which will undoubtedly lure savers in a market where comparable rates range from zero to 0.05% – and where banks, including Macquarie, are lifting mortgage rates on the back of the RBA’s hawkish announcement on Tuesday.

“This is an opportunity to be a bit different, a bit disruptive,” says Greg Ward, Macquarie’s deputy managing director. “I think it will be a market-leading product.”

The offer, available to customers with balances up to $250,000, is not an introductory rate and does not come with the conditions typical to higher-interest savings accounts, such as a requirement to transfer a certain amount of money into the account each month. (AFR)

4. Queensland defeat the Blues in nail-biting Origin Game 1 finish
In what was said to be one of the closest Origin match-ups between Queensland and NSW in recent memory, the intensity and speed of the game, and brute defence from both sides certainly didn’t disappoint. However, it was in areas of attack, especially for NSW, where there seemed to lack a finished product.

NSW halfback and star of the NRL, Nathan Cleary didn’t have his kicking boots on for his standards, and at times it showed in the direction from the rest of the attack. But NSW made for a late comeback in what was an exciting final 20 minutes of the match, with Blues forward Isaah Yeo almost getting over under the post in the dying seconds to tie up the game but a desperate Maroons defence held him up short.