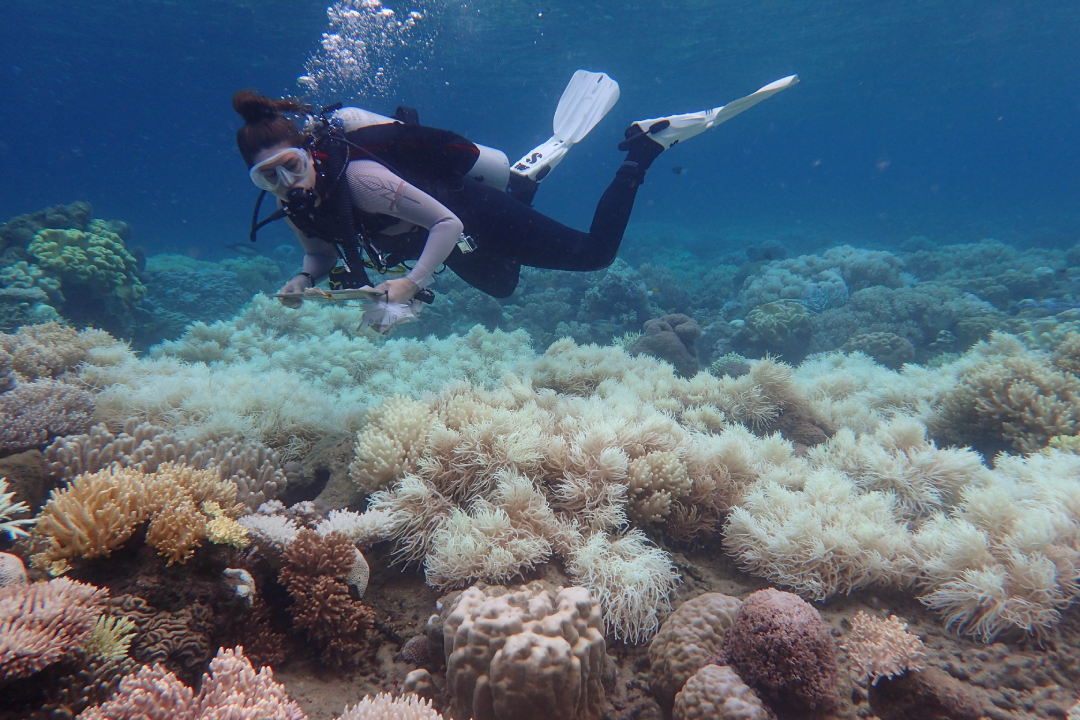 1. Great Barrier Reef experiences first mass-bleaching during La Nina Summer
According to a recent scientific report, despite the cooler summer in Australia across 2021/22, 91% of coral within the GBR surveyed by scientists experienced bleaching. “The surveys confirm a mass bleaching event, with coral bleaching observed at multiple reefs in all regions,” a statement accompanying the report said. “This is the fourth mass bleaching event since 2016 and the sixth to occur on the Great Barrier Reef since 1998.”

The director of research at the Climate Council, Dr Simon Bradshaw, said: “This is an issue that cannot be solved with big shiny funding announcements. The science is very clear: in order to save the world’s reefs from total destruction, we must dramatically reduce emissions in the 2020s.”

2. Economists warn of Labor’s wage rise plans
If Labor is to win the election on May 21, leader Anthony Albanese is set to push for wage rises of greater than 5% to temper inflation and the ever-increasing cost of living, saying he would “absolutely” back a 5.1% increase to the minimum wage.

But according to CommSec senior economist Ryan Felsman: “With labour costs and output prices remaining firm, rising price pressures are likely to prompt further monetary policy tightening by the Reserve Bank in an attempt to rein in inflation.”

“For small business, wages are the highest input, so if you are putting it up 5 per cent, this is going to break many small businesses,” said Council of Small Business Organisations Australia chief executive Alexi Boyd.

“Of course business owners want to look after their staff ... but the conditions we find ourselves in economically are very different to two to three years ago.”

3. Wall St scrambling to pick up the pieces after stock rout
In the US, the speed at which bullish remarks and optimism for short-term are falling away is being used by some as a barometer for the current landscape of the market. “Analysts are under tremendous pressure to keep up,” said Michael Shaoul, chief executive officer of Marketfield Asset Management. “You’re like six months into a different kind of market. Now people are starting to rein in some of those expectations.”

Looking to the data: “Analysts have made an average 80 price-target reductions per day for S&P 500 firms over the past 20 sessions, the most since May 2020,” Bloomberg reports.

4. China’s economic stimulus tipped not to lift the global economy at scale many hope for
In past economic downturns, China’s stimulus packages have been known to prop the economies of other nations, including Australia, with the sheer volume of monetary aid.

As Bloomberg notes: “Responding to the 2008 financial crisis, China unleashed a fiscal package of 4 trillion yuan ($US586 billion at the time), plus an unprecedented surge in bank lending that spurred demand for commodities and consumer goods. All that, in the process, lifted trading partners such as Australia and Brazil and major global companies.” Its 2016 stimulus package also had large-scale effects.

However, in today’s economy that sees China more than twice as large as in 2008 – accounting for 18% of global output – its stimulus packages would require a lot more to move the needle on a global scale. There is also the nation’s Covid zero policy at play.

Officials are trying to do the impossible, says Helen Qiao, chief economist for Greater China at Bank of America: Hit a 2022 growth target of about 5.5% and maintain Covid zero while also reducing debt.